Oh boy, you better the lock the doors, close the blinds, and randomize the IP address when you boot up Black Desert Online and start slapping the Shai class in bra and panties, because lewding the loli just might get you put on an FBI watchlist.

The newest Shai class is designed for all the loli lovers out there. They’re small, flat and kawaii. Basically everything the lolicons dream of… and more!

While Square Enix has gone out of their way to state that they won’t be adding any new loli classes to Final Fantasy XIV, Kakao Games and Pearl Abyss have gone in the complete opposite direction, taking cues from Bluehole’s TERA Online, which featured the widely popular Elin race.

The new Shai class dabbles wholeheartedly in the whole moe culture that has been quite popular in anime over the years, giving fans something completely different to engage with in Black Desert Online.

You can check out the trailer for the new Shai class, courtesy of worthplayingvideos.

The little machinima featuring the Shai going on this grand adventure, getting new equipment after mining and trading, and then eventually heading to an island and helping out a bunch of high levels by defeating an event boss after healing the team is done expertly done. It really has a nice ring of whimsy to it when you find out that the Shai had dreamed it all up while riding on the donkey into town.

The music in the trailer is also quite standout and it really hammers home the kind of theme that Pearl Abyss was going for with the character.

The customization options also stay perfectly in line with the loli theme of the Shai, which is outlined in a quick customization overview by YouTuber FluffyQuack, which you can check out below.

The Shai class can only be made to look young and cute. So you’ll have to stick with the other classes if you want to play someone more mature.

The Shai is almost like a cross between an elfling and a hobbit, but without the big hairy feet.

Some of the commenters on FluffyQuack’s video were quick to point out that he avoided showing the Shai in her underwear set, which is common for all the characters. He probably didn’t want the fed-spies roaming around YouTube to come knocking at his Gmail address. 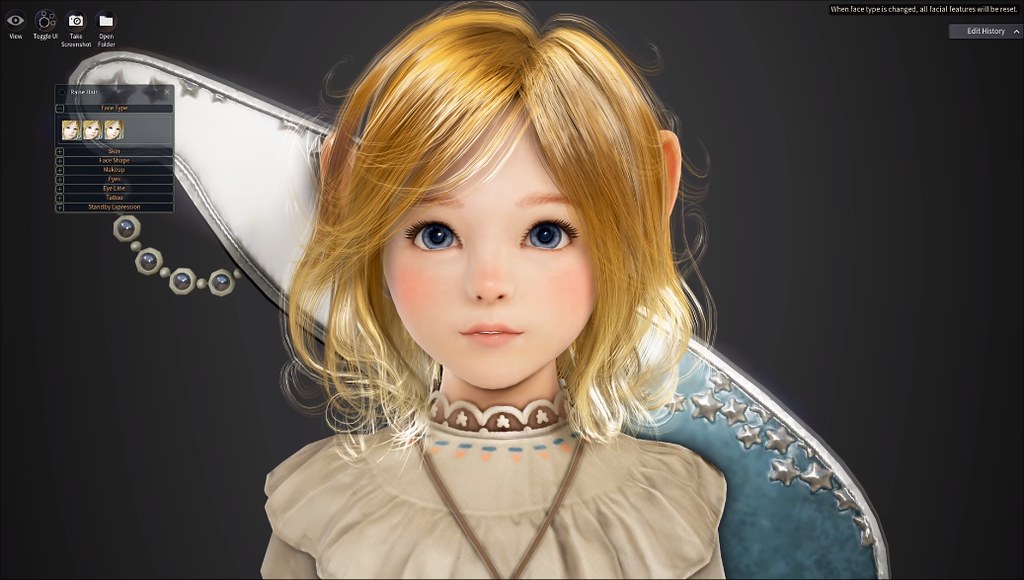 Anyway, the design of the character is almost eerily realistic. It crosses into the uncanny valley at times , but it’s still a highly detailed model that looks really good. The artist did a great job, as usual, pushing the visual boundaries in Black Desert Online with their unique aesthetic.

FluffyQuack noted that if you’re part of the Global Lab version of Black Desert Online you can start creating your Shai right now. However, InvenGlobal is reporting that the pre-registration to pre-create the Shai class went live on June 8th in South Korea, and will be live for pre-registrants starting June 12th. North America, Europe, Japan, and Russia will be able to pre-create their Shai class come June 19th, after all the E3 craziness wraps up.

For more information about Black Desert Online or to register an account with the game, feel free to visit the official website.

(Thanks for the news tip Vlesh)