[Update:] There’s a new update post over on the Kickstarter page noting that they’re prioritizing the improvement of performance for the Switch version, with communications manager Jason “Question” Ryan from 505 Games saying…

We have been listening to the feedback regarding Switch performance. Our goal is for everyone, regardless of platform, to be able to enjoy the game and have it run smoothly. We want to live up to your, and our, expectations.

Throughout the QA process we have been addressing performance issues in the game. Update 1.01 was published to Switch prior to launch to add content and improve performance. It did not accomplish as much as we had hoped and we need to do more.

To address the concerns brought up by the community we are immediately shifting resources to improve performance and stability for the Switch. You can expect a number of small updates that will improve different areas of the game rather than waiting longer for one big update. We will have more details as we dive into the work.

[Original article:] Reports are coming in that the Nintendo Switch release of ArtPlay and 505 Games’ Bloodstained: Ritual of the Night is broke… in a bad way.

There are multiple screenshots, videos, and complaints from users about a number of issues plaguing the game, from low resolution textures giving the game a washed out look, to a gauzy blur from the low resolution that makes it difficult to see what’s happening on the screen both in TV mode and handheld mode, as well as the most egregious sin of them all: input lag.

YouTuber ContraNetwork even did a video comparison showing how bad the Switch version is graphically compared to the PC version of Bloodstained: Ritual of the Night running on the lowest settings.

As you can see, the Switch version is even running in the docked mode, yet it looks worse than the PC version running on the lowest settings at 1280×720, which is supposed to be what the Switch usually runs games in portable mode.

So not only is the TV mode running at a worse resolution than the lowest PC standards, but it’s doing so at a worse rate than what most Switch games run in portable mode. In fact, as noted by Digital Foundry, The Legend of Zelda: Breath of the Wild runs at a dynamic resolution of 720p in portable, and looks far better and has a lot more going on on-screen than ArtPlay’s Bloodstained.

This isn’t even YouTube compression causing the issues. Gamers who own the game have taken snapshots and showcased just how bad it looks running in real-time. 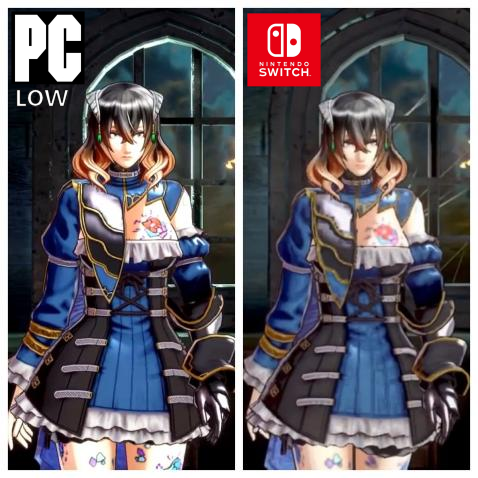 But it’s not just lowered pixel rates, lower texture resolutions, and a bad screen filter in place, there’s also a bunch of missing shader and post-processing effects as well. Specular highlighting has been turned down on the environment, as evident in the image above with the window frame on the Switch version is completely missing the highlights on the left side of the window frames.

Shadow mapping has also been reduced, with the shadows on the walls to the side of the window being reduced on the Switch version compared to the PC version.

You’ll also note in the Contra Network video above that the rain effects on the top of the deck and on the side of the boat are completely absent from the Switch version.

You’ll also note that inside the actual castle a lot of the background details become indistinguishable on the Switch version due to the lowered resolution, which looks more like 1152×660 or 960×540 rather than 1280x720p. 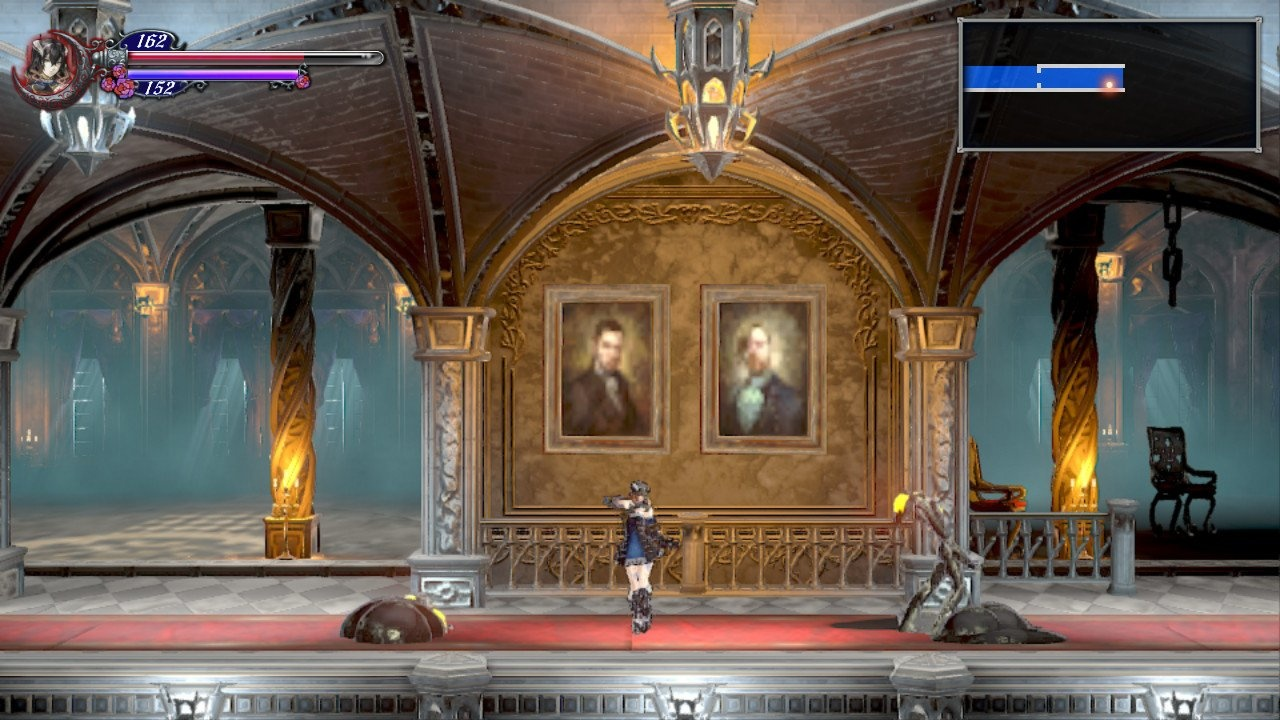 While the interlacing isn’t present, there’s a certain level of muddiness present that makes the image look visually unpalatable.

Some gamers were not pleased with this at all and actually took their issue up with 505 Games, but without much avail.

The publisher denied the request to swap the Nintendo Switch version for the PS4 version after a customer complained that 505 didn’t warn people beforehand that the Switch version was as broken as it was. However, the customer support did say that there would be an official announcement based on the feedback they’ve received so far. 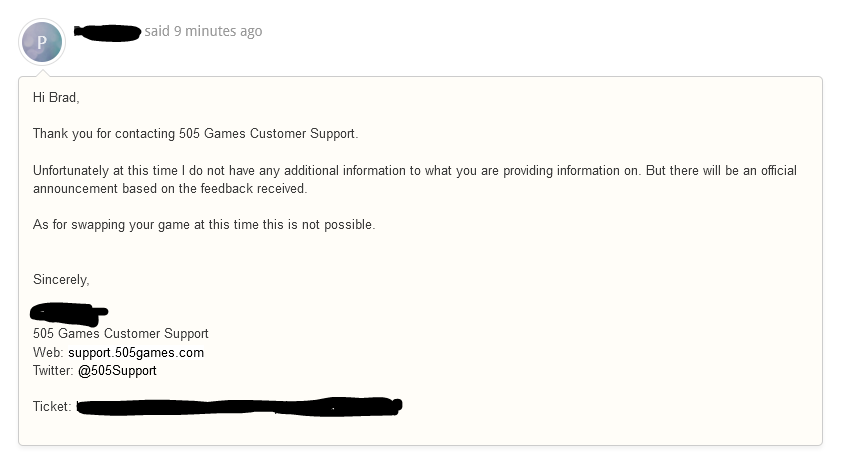 If you’re unable to view the message, it states…

“Unfortunately at this time I do not have any additional information to what you are providing information on. But there will be an official announcement based on the feedback received.

“As for swapping your game at this time this is not possible.”

What this means is that 505 may make an announcement about an upcoming patch to address some of these issues… hopefully.

However, it’s one thing that the game suffers from resolution and graphics issues, but it’s another when it’s still dropping frames while running at 30fps and the input lag causes gamers to miss combat cues or mistime their attacks. It’s definitely unacceptable, and it would have been better had 505 and ArtPlay delayed the release on Switch so they could have optimized the game better rather than throwing it out to cash in quick.

As many people pointed out in the comment section on the Contra Network video, there are much bigger and more graphically intense games that look and run better on the Switch than Bloodstained: Ritual of the Night. So this isn’t a hardware issue, it’s a software issue.

Whether the patch for the Switch version will arrive sooner or later remains to be seen, but 505 has definitely been made aware of the issue.

(Thanks for the news tip Brad Donald, GrandmasterShadow and Cinj)