Frank Larøi from the University of Bergen, Jonathan Burnay from the University of Liège, and Brad J. Bushman from the Ohio State University released a study called the “Effects of sexualized video games on online sexual harassment”. The study is pretty bogus and attempts to frame a hit piece on gaming by using a small sample size and a rather odd choice in gaming to push their point across.

The article was originally published back in January of 2019, but recently popped up in a Game Rant article, among various other publications. You can read the full study over on the official website.

The study had 211 participants, 49% of whom were males between the ages of 18 and 37. Only 114 of the students selected from the Belgian university identified as gamers and spent anywhere between 0 to 60 hours playing games. None of the participants had played the game selected for the study. What game was it? Ultra Street Fighter IV.

They specifically had them to play females in the game, both clothed and in a secondary outfit that consisted of a slingshot bikini.

They hypothesized that playing a game with sexualized characters would increase sexually harassing behavior toward women.

They then tested their hypothesis by having participants select from and send sexist jokes toward one another. As pointed out in the Game Rant article…

Sites like the Pluralist attempted to conflate the issue with #GamerGate, pointlessly talking up how the study complicates the narrative set by the media regarding the hashtag because the media portrayed #GamerGate as a harassment campaign, even though that was never true and nor was there any evidence to back up that point. Even the FBI closed the case after nine months of not being able to come up with any actionable evidence. 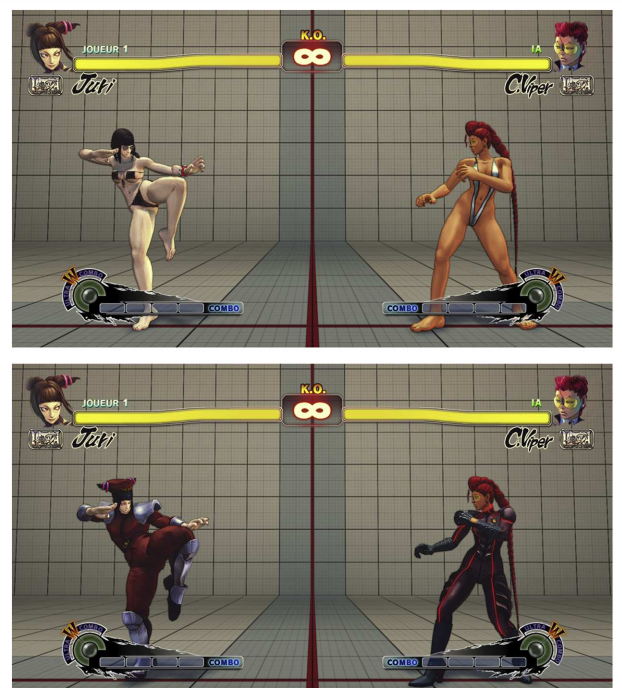 Anyway, Pluralist pointed out that the researchers blamed #MeToo as to why men sent less sexist remarks compared to their female participants, writing…

“They posited that the women sent more sexist jokes because they saw harassing each other as harmless fun and harassing men as a form of revenge. Meanwhile, the researchers suggested, the men might have been chastened by #MeToo activism and ‘prevention campaigns.’”

So even when the studies show that women are more sexist than men, they still blame men for being influenced by other outside factors.

However, the real farce is that the study setup some fairly ridiculous parameters, reached conclusions based on faulty correlations, had no control tests, and was basically an exercise in junk science. For instance, how does sending sexist comments to males/females tie into the game? Sending the jokes could be completely separate in terms of response mechanisms and feelings of sexism and harassment from playing the video game. There was no control margin to test if the game had any effect on the participants. Even the researchers admitted as such.

It also would have made more sense if they were supposed to send the jokes before and after playing, and had tested both times in between gameplay.

And using mods, like the ones depicted in the YouTube video from TheFutureCaesar2011, only further discredited their aims.

The study also falls apart because how did they determine if the images were actually sexually objectifying or even sexually arousing for the participants? Because if not then how could they determine that the images of the scantily clad females in Ultra Street Fighter IV actually affected the outcome of those who participated in the study?

Additionally, if they didn’t control for the male characters as well as the female characters, then they went in with a biased goal from the start. The hypothesis was obviously aimed at trying to reach a conclusion instead of setting up neutral control points with a hypothesis that could go either way. It’s like giving a depressed kid on medication access to plenty of guns while he’s suffering from being repeatedly bullied in school and has anger issues. Oh wait, that happened in real life.

In this case it would have benefited the credibility of the study had they 1) had at least 1,000 participants. 2) Had a more reliable control method. 3) Either fleshed out or completely removed the whole sexist joke element, which just further muddied the data.

Either way, the hilarious part about it all is that in the end women came out looking more sexist than males in their attempt to paint games as sexist.

[Update 6/22/2019:] Professor Christopher J. Ferguson chimed in to inform people that the study was worth ignoring because it was junk science and the professors have been known to produce similar studies, one of which had to be retracted.

The research group also has several prior retractions: https://t.co/orn3kHb1Xe
Safe to ignore.

The research group also has several prior retractions: https://t.co/orn3kHb1Xe
Safe to ignore.

(Thanks for the news tip Divine Providence)