Team Ninja and Koei Tecmo released a new trailer for Dissidia Final Fantasy NT on PC and PS4, which includes the upcoming DLC update set to go live starting July 2nd featuring Tifa Lockhart. The trailer showcases the original Tifa design from the 1997 version of Final Fantasy VII, only this time she hasn’t been affected by Square’s “Ethics Department”, so there’s no black sports bra obstructing the pristine sculpt of Tifa’s boobs.

As noted by Gematsu, the character will be part of the June 27th update for Dissidia Final Fantasy NT. They also revealed Tifa in action with the brand new trailer that clocks in at close to two minutes, which you can check out below.

Unlike Square Enix, Team Ninja went all in on keeping Tifa’s design as close to the original as possible. The gamine pugilist was given the full-figure treatment in Dissidia Final Fantasy NT, opposite of how she’s portrayed in Final Fantasy VII Remake.

There is no black sports bra or undershirt there to keep her from jiggling, and there doesn’t appear to be any spats trying to prevent gamers from taking a peek up her skirt. As you can see, it’s basically the original Final Fantasy VII design of Tifa just with more polygons, which is exactly what fans wanted all along.

You can see the comparison between the two designs below, with Nomura’s “Ethics Department” version on the right and Team Ninja’s version on the left. 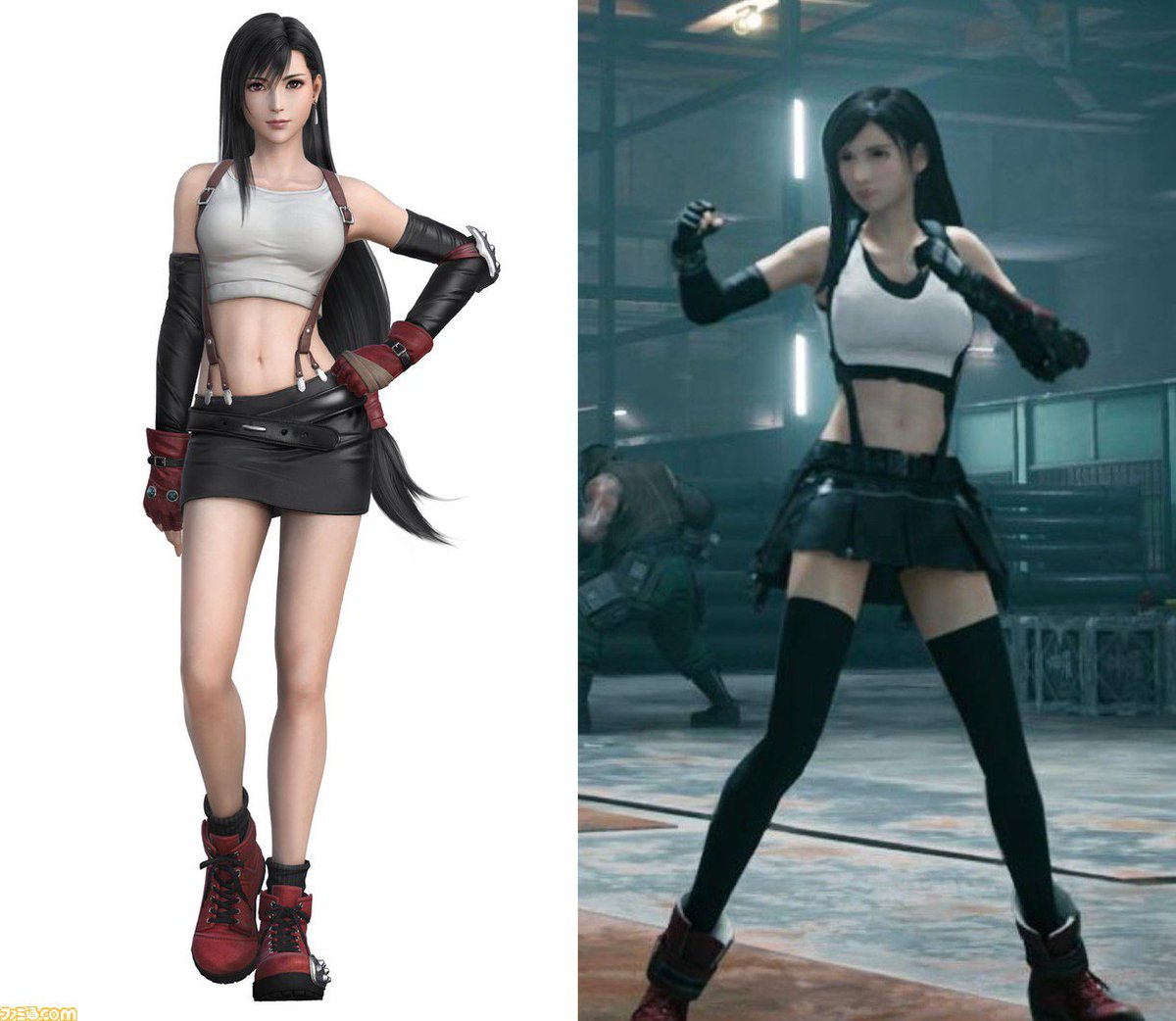 It’s quite obvious that there’s just so much more coverage on Tifa in Final Fantasy VII: Remake. There’s just too much to it that reeks of her being over-designed to accommodate the sensibilities of censors.

The thigh-highs could have been a nice touch, but with the pleated skirt instead of the leather skirt, it creates an odd dichotomy because the plume of the skirt takes away from the shape of her hips. Instead the focus is on her abs, and a little bit of the upper thigh that’s mostly covered by the black spats.

Team Ninja’s design is so much more simpler; it’s a very simple call-back to the original depiction she had in Final Fantasy VII on the PSX and PC where “Ethics Departments” didn’t meddle with the creative process. In result we get something clean, something visually enticing, and something sexy. 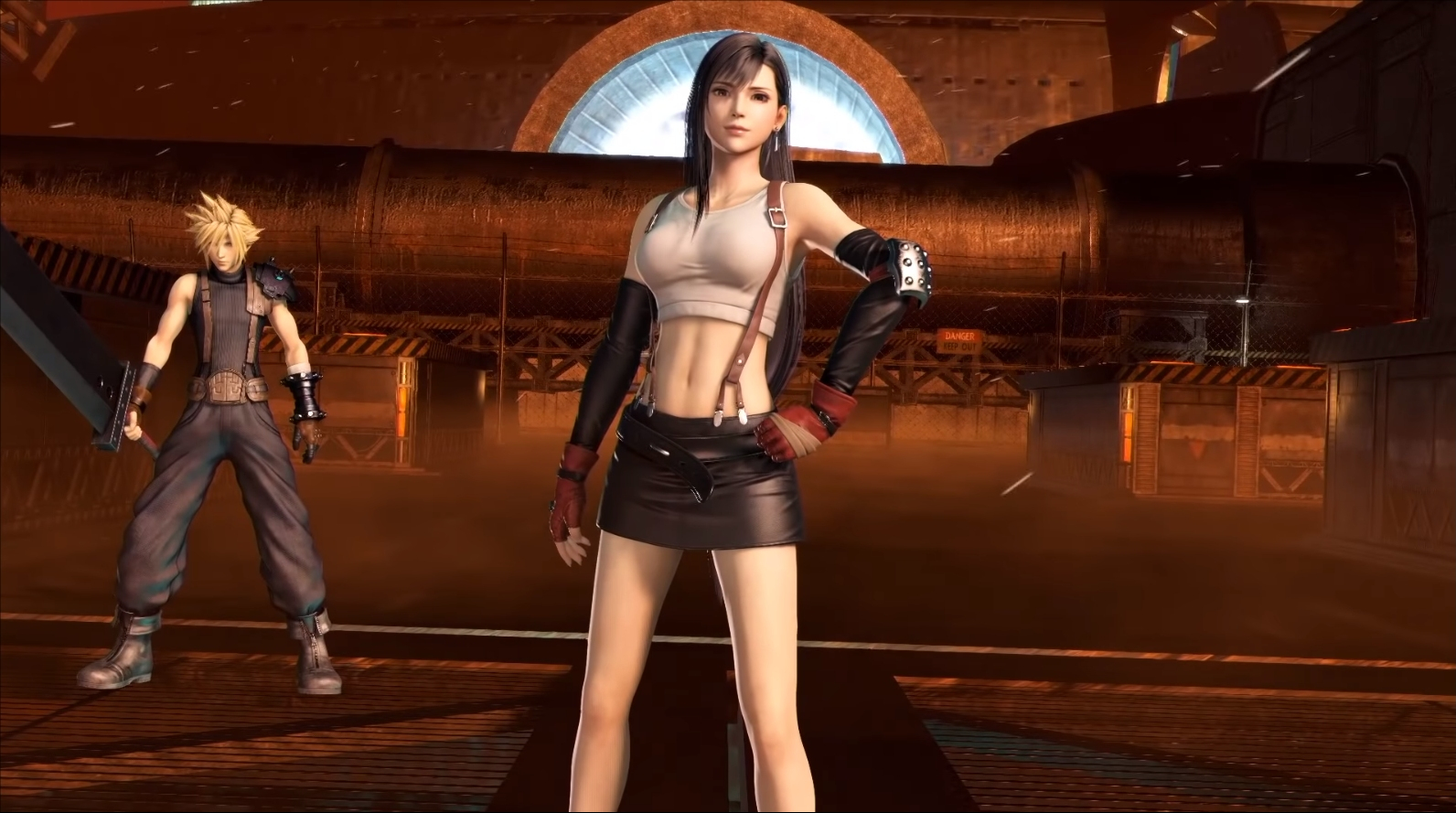 A lot of fans have been praising Team Ninja’s depiction of Tifa in Dissidia Final Fantasy NT because they chose to keep it simple. It works well for what they’re doing in the fighting game, and you don’t have to worry about all of the extraneous accessories distracting you from Tifa’s figure.

There’s even a comparison between the original Final Fantasy, the old Dissidia, and Team Ninja’s take on the character showcasing the evolution of Tifa’s graphics while certain versions retained her iconic victory pose. You can check it out below courtesy of Alex.

This is a very nice gesture from Team Ninja; paying homage to Tifa’s design and animations with the kind of the intricate details and nuances that helped bring the character to life way back in 1997 (and onward).

The team also took the extra time to add just a little bit of wiggle and wobble to her boobs when she punches, kicks, and performs “intense” movements… which is how boobs are supposed to react. 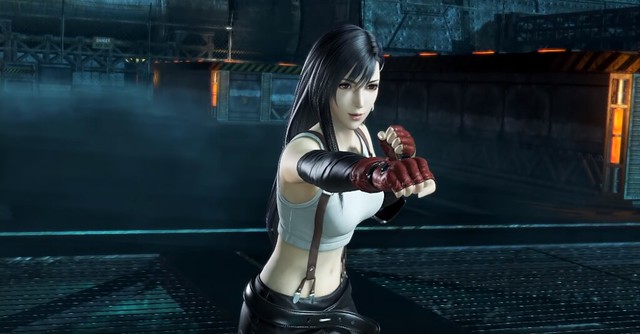 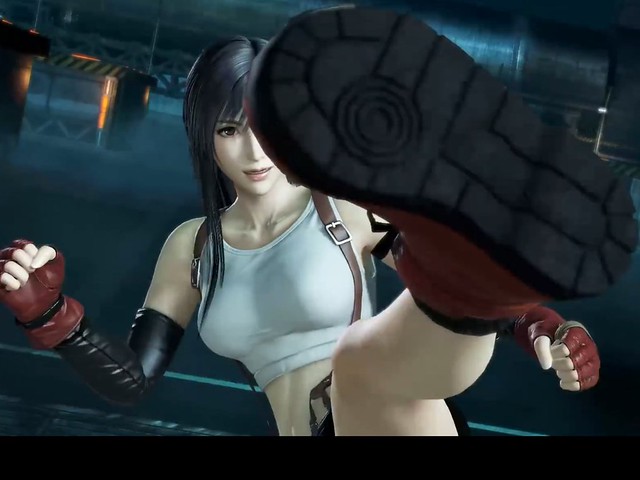 What’s also funny is that Dissidia Final Fantasy NT is still rated ‘T’ for Teen, as verified with the ESRB entry. So not only did Team Ninja manage to retain Tifa’s original design, but they also included some slight boob jiggle, and they managed to keep the Teen rating.

Simply put, this means that it was a lie that Tifa’s boobs had to be constricted with the black sports bra and restricted from jiggling in order to comply with the Ethics Department’s request to make the changes on behalf of ratings boards, since Dissidia Final Fantasy NT is already ‘T’ for Teen and is more risque than what’s in Final Fantasy VII Remake. 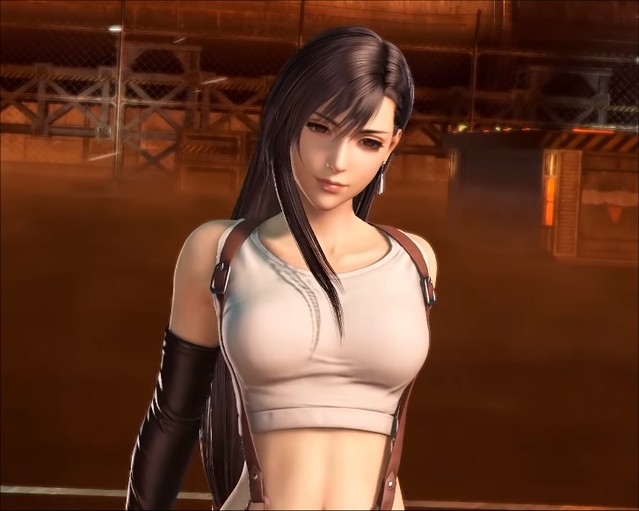 What’s even funnier is that Team Ninja also took into account the prudes out there who ruin gaming by adding Tifa’s Advent Children outfit. So if you want to see her all covered up, you can.

(Thanks for the news tips Red and Mugen Tenshin)