Eurogamer writer Paul Watson has been the subject of a deep dive exposé about a side business he has allegedly been involved in selling unlicensed music albums based on Nintendo properties, specifically Super Mario 64.

This was the focus of a video that was published on June 3rd, 2019 by TheQuartering, where he explained that Watson had apparently been running a label called Raygun Records, selling bootleg albums based on Nintendo properties. He also had help from fellow Eurogamer contributor Anni Sayers with designing the art for the album.

Raygun Records had been promoting a Super Mario 64 album, but apparently didn’t quite deliver as promised, leaving plenty of people disgruntled. This is evident if you visit the Raygun Records Instagram account, where most of the posts have been removed.

There are only four posts left on the Instagram, the latest of which was posted on February 21st, 2019. It basically notes that they were sorry for the delay in getting the soundtrack out but that they were working to get things moving as quickly as possible. You can view the snapshot of the account in case the post gets deleted.

Take note that this is not the same Raygun Records as the one located in Brighton, U.K. The other record label actually publishes music, and has a rather prolific Instagram account and an active Facebook presence.

So the big question becomes how did Paul Watson from Eurogamer get attached to selling bootleg soundtracks from a low-rent version of Raygun Records? Well, it turns out that Watson had made posts about providing support for those ordering the music through Raygun Records in a separate Facebook group called Video Game Vinyl Collectors. If you attempt to visit the group it’s set to private.

One of the people who had been part of the group leaked the screenshots of Watson’s interaction within the group, tying himself to the Raygun Records’ Super Mario 64 soundtrack. In one of the posts shared, Watson stated…

“Hello! A quick one. I won’t be posting much about SM64 here until it’s go time. But you could follow this Instagram page, if you like…”

As reported by Bounding Into Comics, before Watson could be accosted for questioning about his ties to the Raygun Records scandal, Watson locked down his account very similar to how many of the posts on the Raygun Records Instagram account were deleted. 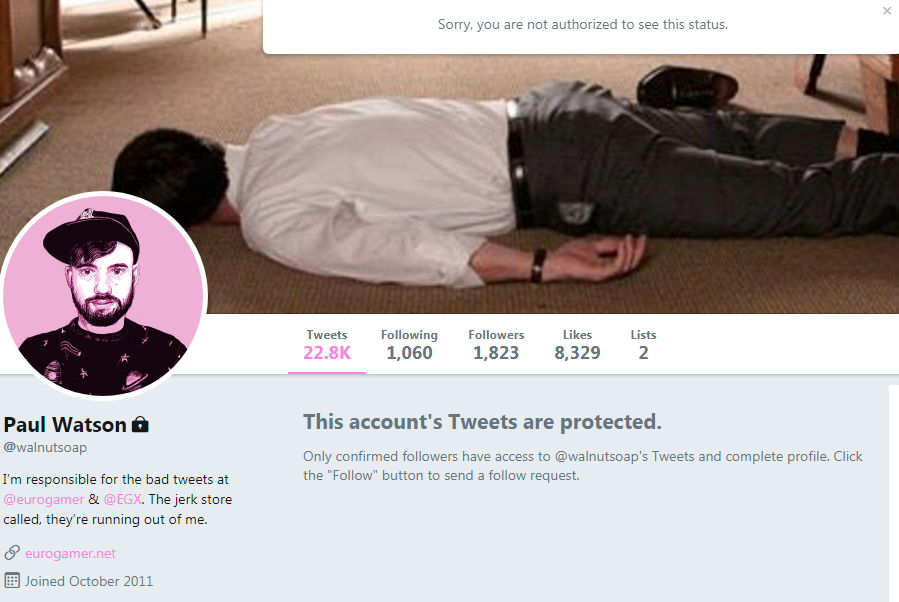 This isn’t the first time that Watson had a run-in with TheQuartering, though. Back in late May both Watson and VG 24/7 deputy editor Kirk McKeand had targeted the YouTuber, with Watson trying to encourage others to mass-strike TheQuartering’s channel.

It looks like in this case TheQuartering is the one getting the last laugh.

So far Watson has not made any public statements about the alleged selling of unlicensed Nintendo music through Raygun Records. I did reach out to the Eurogamer writer to ask about Raygun Records and the soundtrack, so if he chooses to respond the article will be updated with his response.