Google has removed Dodge Club Pocket from the Google Play store citing the minor appearance of exposed cleavage as the problem. Developer James Montagna posted up the letter from Google for Warhorn Studios’ mobile puzzle game, indicating that the platform holder had removed the game for violating their content policy. The crime? Cleavage. decolletage

The tweet from Montagna was originally posted up on June 17th, 2019, where he stated that support for the Android version would likely be discontinued. He then shared the image from the Google Play support staff who explained that the portrayal of real-life, simulated, or fantasy subjects that contain clothing that provides “excessively tight, or minimal coverage of breasts, buttocks, or genitalia” is what got the game pulled from the store.

If you’re curious what exactly it was that Google found issue with, you can view the image below. 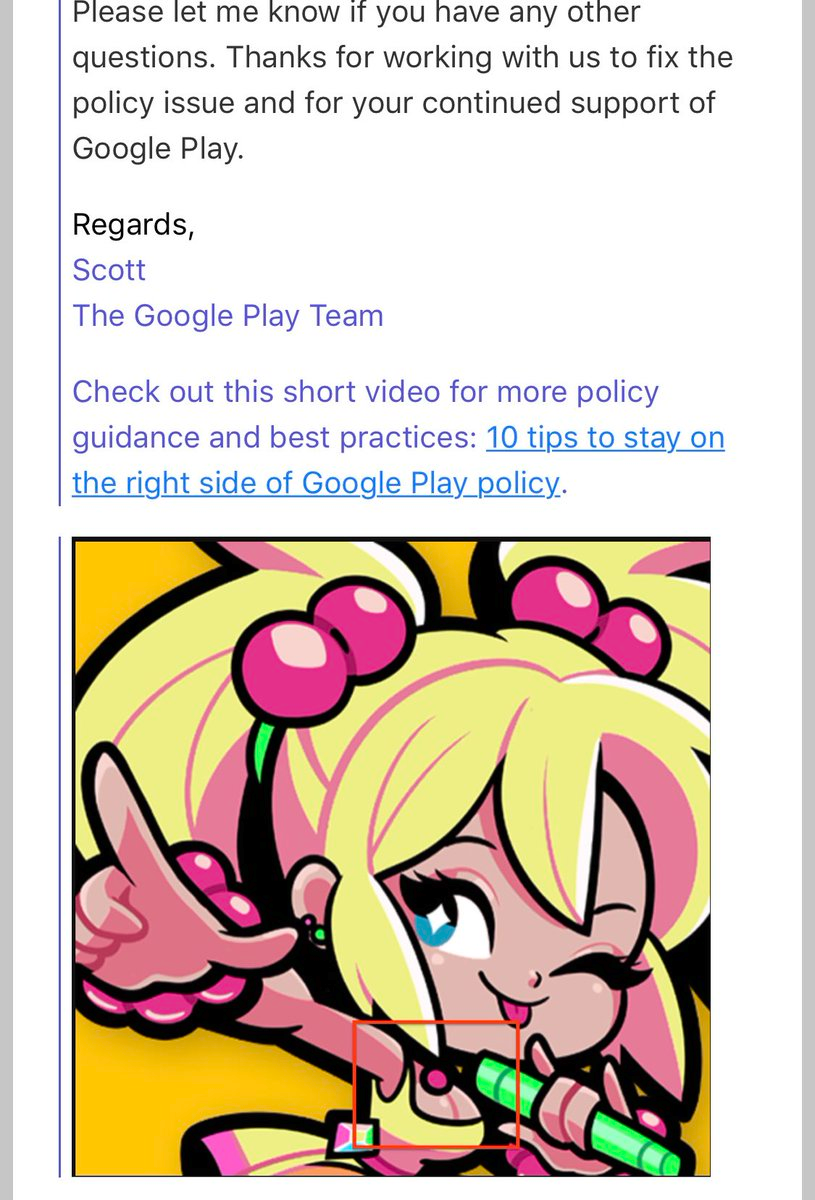 Montagna would later tweet that he attempted to appeal Google’s decision to remove the game from the Google Play store for the almost infinitesimal amounts of cleavage on display from one of the characters that appear in the game.

This isn’t new, and this isn’t the first time Google has done this.

This is part of an increasing wave of censorship that many companies have been endorsing and employing recently, as noted by YouTuber Matt Wenger.

Google, in particular, has been targeting games with the most innocuous amounts of fictional female exposure and either removing the games from the storefront or forcing the developers to censor their titles. It gained some widespread attention when they removed the ArtStation app because it featured a scroll feed of some of the artists’ work and one of the images was considered to be too risque for Google, even though their own bot for identifying sexual imagery said the image was safe for work.

Nevertheless, Google removed the ArtStation app, much to the disappointment of the site runners.

Another developer named Aquatrax had a music-rhythm game on Google Play called Zyon, but Google had it removed because they claimed one of the characters was dressed too risque.

James Montagna, however, seemed to be in good enough spirits despite Google censoring the game from the storefront for a rather ridiculous reason. He even tagged in Limited Run Games in hopes of getting a physical copy up and out for the Nintendo 3DS.

Personally I’d be delighted to work with @LimitedRunGames on a physical release of Dodge Club Pocket (we even made box art for the idea of a physical release) but I am not sure if they are doing 3DS games right now! pic.twitter.com/YICiVq6RDH

I’m sure the more profitable option would be teaming with Limited Run Games for a physical release on the Nintendo Switch. Now that’s where the money is.

Dodge Club Pocket is still currently available on the Nintendo eShop for the 3DS and on the iTunes App Store for Apple smart devices.

(Thanks for the news tip Animatic and Ebicentre)