Square Enix and Team Arcana’s Million Arthur: Arcana Blood launched for PC gamers via Steam on June 20th, 2019. However, the game’s launch has been marred by discussion of censorship, which has arisen in one of the most unlikely places.

Over on the Steam forums there are discussions about a changed animation for a character in a thread titled “Remove censoring” by Kev-ab. They mention that one of the assist characters has had her animation changed called the “Nice chinchin”.

In the original chinchin animation the assist runs in and grabs the opponent’s crotch, waggling her hand on their genitals while the screen flashes and explodes vibrantly. You can see a loop of the call-in courtesy of YouTuber Alex Chin, who posted up footage of the original PS4 version of the game from back in November, 2018.

This actually comes from an animated short on Square Enix’s YouTube channel that Emezie Okorafor pointed to, which was originally published way back on December 1st, 2015. You can check out the animated short below.

Basically this running gag is old… four years old, in fact. Hence, Team Arcana including it in Million Arthur isn’t something new or bold, but a callback to an old reference.

So what was censored about the animation in the Steam version of the game?

Well, Twitter user ReiRydian posted up a video of the Steam version, showing the new animation that Square changed it to, which you can view below.

They really killed it. RIP nice chinchin, we knew you well. pic.twitter.com/QbhcYhAUMe

If you’re unable to tell what the difference is between the two, Twitter user Calamari did a comparison between the two, showing the original chinchin animation versus the one that Team Arcana updated it to for the Steam release.

You’ll note that in the old animation the opponent’s crotch was grabbed, leaving them fuddled and stunned. The new animation sees the assist coming in to punch the opponent. It’s far less silly and removes a lot of the appeal that the assist used to have.

Damn they really changed this in the PC version of Million Arthur #MAAB pic.twitter.com/erMG8B3IH3 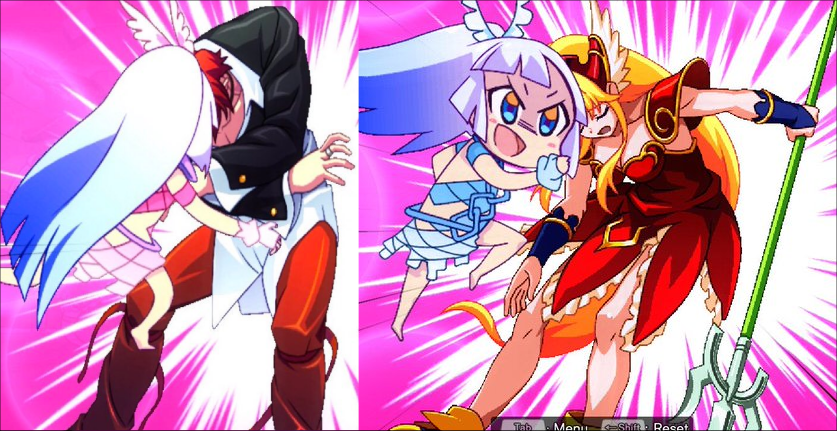 This issue was brought up in the review sections as well, with some users giving the game a thumbs down on the Steam page due to the censorship.

Hazuma the so also had similar criticisms, writing…

“For what you get I would not buy this game right now. A lack of a higer res 1280x weird full screen bugs. No online play right now it seems to be broken. and blood and some breast have been changed along with special move animations from the one in arcade and on ps4 […]”

However, a lot of others still enjoy the game, and have given it a thumbs up, despite the fact that it’s censored. Unanimously, though, everyone is disappointed with the lack of proper online support, which is supposed to arrive in a later update.

Maybe with a bit of pressure and constant nagging Team Arcana and Square Enix will restore the chinchin animation? Maybe?

Million Arthur: Arcana Blood is available on PS4 and over on the Steam store for $39.99.

(Thanks for the news tips Hiecchi and Red)