The latest escapade involving anime tiddies on Steam involves the R18+ DLC patch for NEKO-NIN exHeart 2 Love +PLUS, which was denied release on the platform, effectively preventing users from being able to conveniently download the patch directly from Valve’s digital distribution outlet.

Whirlpool and Sekai Project’s NEKO-NIN exHeart 2 Love +PLUS was supposed to receive a R18+ DLC patch on Steam. Sekai Project had registered the app ID back in the middle of May, 2019, and proceeded to add the depot name for the content on May 15th, 2019. However, a month later Valve banned the DLC from appearing on Steam on June 12th, 2019, according to the SteamDB entry.

The store page was not approved so it didn’t get that far, but Sekai Project tried.

So NEKO-NIN exHeart 2 Love +PLUS has been available on Steam since April 26th, 2019. The game launched on Steam as an all-ages edition with the R18+ patch made available off-site via DenpaSoft.

Sekai Project tried to get the R18+ DLC patch approved by Valve, but the company denied its release on Steam.

This has been a tried and true tale for the company since 2017.

Back in April of 2017 the original NEKO-NIN exHeart launched on Steam. As per usual, Sekai Project offered the R18+ patch as purchasable piece of DLC over on Denpasoft. At the time Valve didn’t have their adult filters in place, so studios typically released the all-ages version of a visual novel and then later released the R18+ content separately.

A year later, once again in April of 2018, Sekai Project and Whirlpool tried again with the release of NEKO-NIN exHeart 2, which launched as the all-ages version on Steam, while the R18+ patch was available for purchase off-site on Denpasoft. 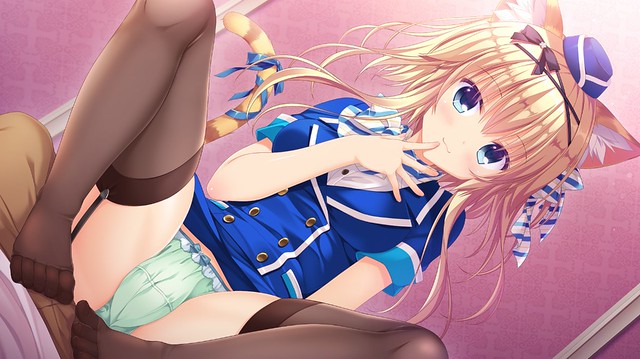 Now at the time Valve was still going through the original Waifu Holocaust phase, and the adult filters still weren’t on the table, so Sekai Project played it safe with the release of NEKO-NIN exHeart 2. Later that year when Valve would implement the adult filters, various developers would attempt to release the uncensored or R18+ versions of their games on Steam. Well, some developers found out that some games were more equal than others, and various adult titles ended up on the Waifu Holocaust 2.0 banned list.

In this case, Sekai Project stuck to their tried and true method of releasing the all-ages version of the game, and then attempting to release the R18+ patch on Steam by getting it approved by Valve. But even then it still fell through. At least they tried, right?

I’m guessing from here on Sekai will continue to play it safe, releasing the all-ages version of various anime and visual novel titles while providing gamers with the R18+ patches off-site. And if things go well after the initial release then they try their hand at releasing the R18+ DLC on Steam. It’s not a bad tactic moving forward and it keeps them from having too many of their submissions banned back to back.

NEKO-NIN exHeart 2 Love +PLUS is currently available on the Steam store for $4.99. However, you can get the full version from over on the Denpasoft store page for $14.99.