Nora to Oujo to Noraneko Heart, better known for its English release on Steam by Fruitbat Factory as The Princess, The Stray Cat, and Matters of the Heart, has received a partial restoration patch for the 18+ CG artwork… but not all of it.

You can download the 18+ patch from over on the Sukebei site.

The patch is available via a torrent for the Steam version of Harukaze’s The Princess, The Stray Cat, and Matters of the Heart. Once you download the torrent simply place the patch.xp3 file into the Steam directory where the game is installed.

Now, be warned, this is not the rull R18+ uncensored version of the game with all of the H-scenes. The uploader notes…

“Does NOT add: any h-scenes, uncensored gallery thumbnails, any character sprites that may be changed from the 18+ version.
Does add: all wardrobe malfunctions and other nudity in event CGs that exist in the English Steam
version.

“To save space, I only updated event CG sets where I could notice any difference (there aren’t actually that many). Let me know in the comments if I missed something.”

So to clarify, this does not restore the game to its original Japanese H-version. It only restores the 18+ CG images that were censored for the Nintendo Switch and Steam release of the game.

For some of you who don’t remember, Harukaze had a CERO-compliant version of the game made for home consoles, with the PS4 version being heavily censored. The Switch version was censored for compliance reasons, and that was the version that was ported over to Steam for the English release on PC. Unfortunately, all of the H-scenes were stripped out of the CERO version of the game.

If you’re hoping that the modders can restore the H-scenes to the Steam version of the game, well there is a little roadblock in the format of the Steam version running on a different engine. Twitter user AsianBoii21 linked to a comment that explained the situation in depth and why it may be more difficult than originally thought to get all of the H-scenes restored.

If you’re unable to read the statements in the image, the user Swim_Swim writes…

“Here is an update on censorship:
I looked now into the JP release. It’s a totally different engine. According to several sources they ported the game to “Kirikiri” engine for the ENG release, but the JP release was in some other engine. And that means that whoever (if anyone ever willing and decides to) picks up the H-scenes restoration project would have to do a lot of work on the technical side of things (if they want to combine the release into the most complete one). So yeah, now that I discovered this, I think H-scenes restoration project is even less likely.

“There is only a CG patch which removes light rays so ecchi all you can get, other than [that] nothing ever will come out. This game will stay butchered and dead.” 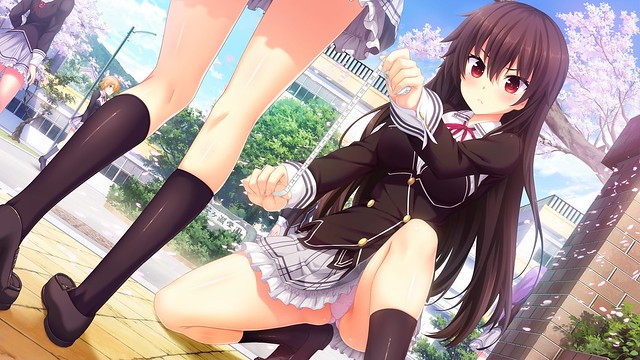 However, someone would have to be willing to put in a lot of time and effort to make that happen.

For now, you can download the 18+ restoration patch that adds back the nudity and ecchi scenes to the all-ages version of The Princess, The Stray Cat, and Matters of the Heart, and you can still pick up a digital copy of the English release from over on the Steam store page, but it still won’t be the complete version of the game.