The fan-service heavy Nintendo Switch pinball title, Senran Kagura: Peach Ball, is heading West on July 9th for $39.99. However, the game is getting a slight change in the cover. Well, not really a slight change, a rather drastic change in fact.

Ahead of the release of the game the box art for the Western version of the game was released. However, it’s quite different from the Japanese cover art. You can check out the comparison below to see what changed. 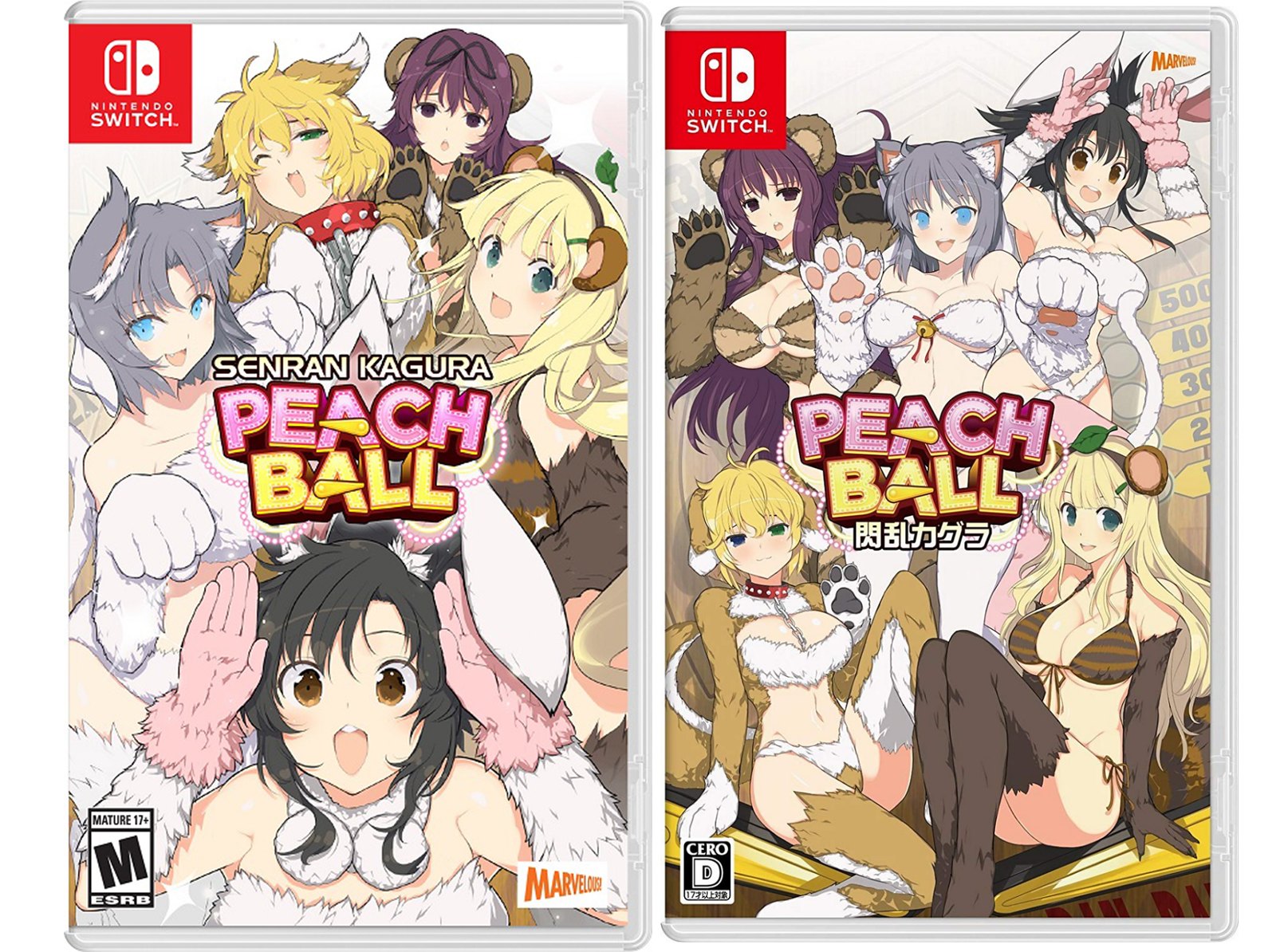 As you can see, the Western box art makes it look a lot more… furry.

The girls are animal-like poses with their paws and faces mimicking joy and elation while purring and clawing at the viewer.

You’ll also note that there are no boobs on display in the Western cover. They’re all covered up, despite the fact that the game is rated ‘M’ for Mature, the equivalent of the CERO D rating in Japan.

You’ll also note that in addition to getting plenty of cleavage on the Japanese cover, there are also some nice thigh shots, too. There’s just a lot of sex appeal on the cover, focusing on the different body types of the girls. Now unlike the box art controversy surrounding Atelier Lulua where the PS4 box art covered up the thighs and hacked out the horse, these aren’t two different box dimensions. It’s two boxes that are the same size for the same platform. So there’s no reason at all why one should be censored and the other not.

Americans are definitely getting a less… lewd cover compared to their Japanese counterparts. It does make me fear somewhat for the content. Hopefully there’s nothing missing when it comes to banging your balls against the tits of the Senran Kagura cast once the game launches on July 9th.