Wayô Records released a Skies of Arcadia: Eternal Soundtrack featuring three CDs, three vinyls, and a music box. There are different prices for the different iterations, and each iteration is currently available for pre-order right now.

You can pre-order the CD soundtrack from over on the Wayô Records website ahead of the July release.

You can also listen to the original soundtrack sample below.

There’s also the three blue 180g vinyl discs, which feature their own illustrated sleeves and new artwork made by the original designer of Skies of Arcadia, along with a brand new 24-page booklet featuring commentary from Itsuki Hoshi on various artwork pieces included in the package.

The three vinyls feature a total of 32 tracks with specially made marble-blue LPs for the first print editions. You can pre-order the Skies of Arcadia vinyl edition from over on the Wayô Records page.

And last but not least is the limited edition music box.

This first print edition of the music box is only limited to 250 units. So you will have to act quick to pre-order this particular collector’s item for Skies of Arcadia.

The bundle comes with the specially made music box with ornate designs, high quality materials, and a 30-second loop of the main theme song from the game. It also comes with signed autograph sheet music by Yutaka Minobe, along with a specially made box that you can also use as a stand. 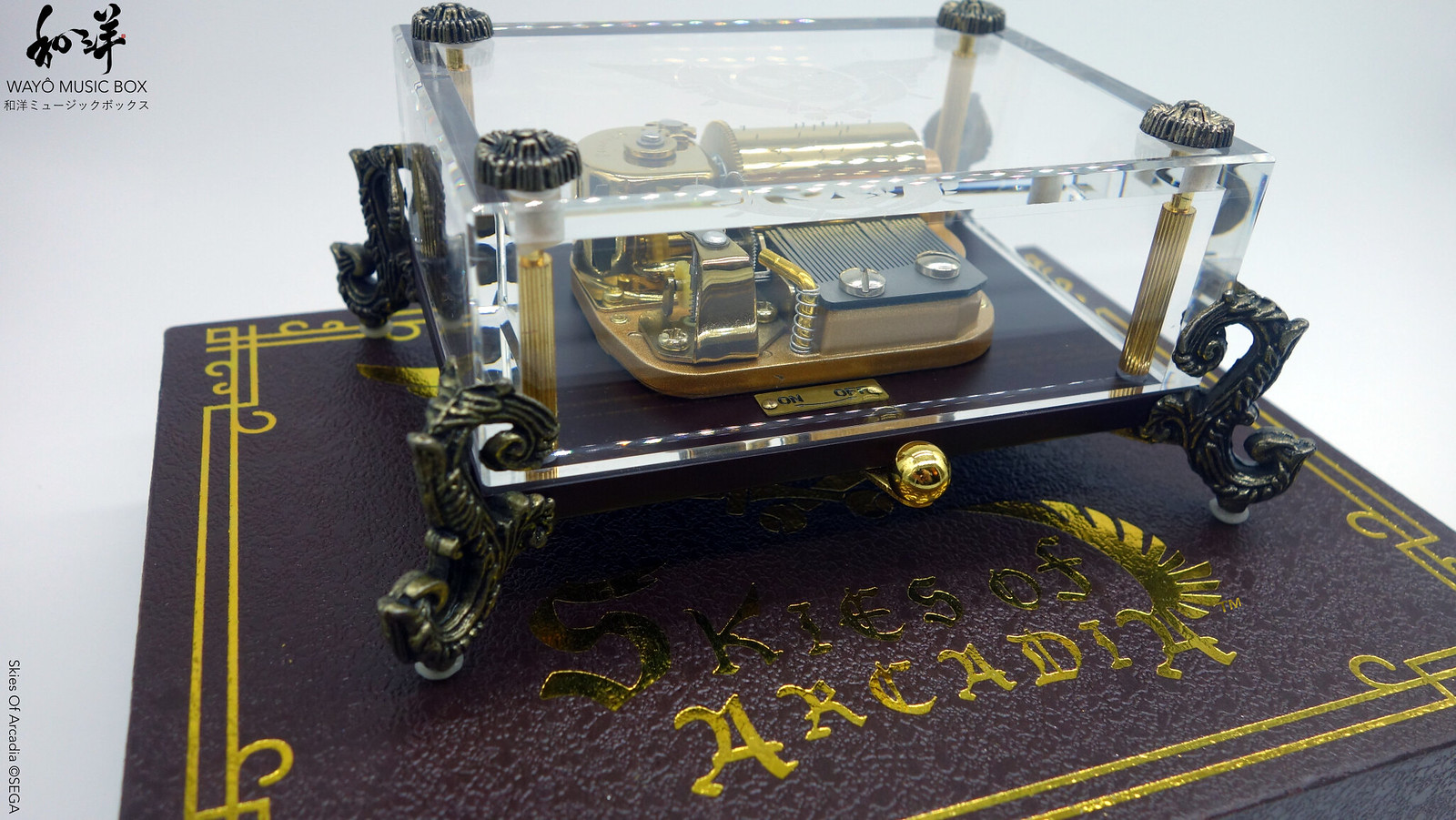 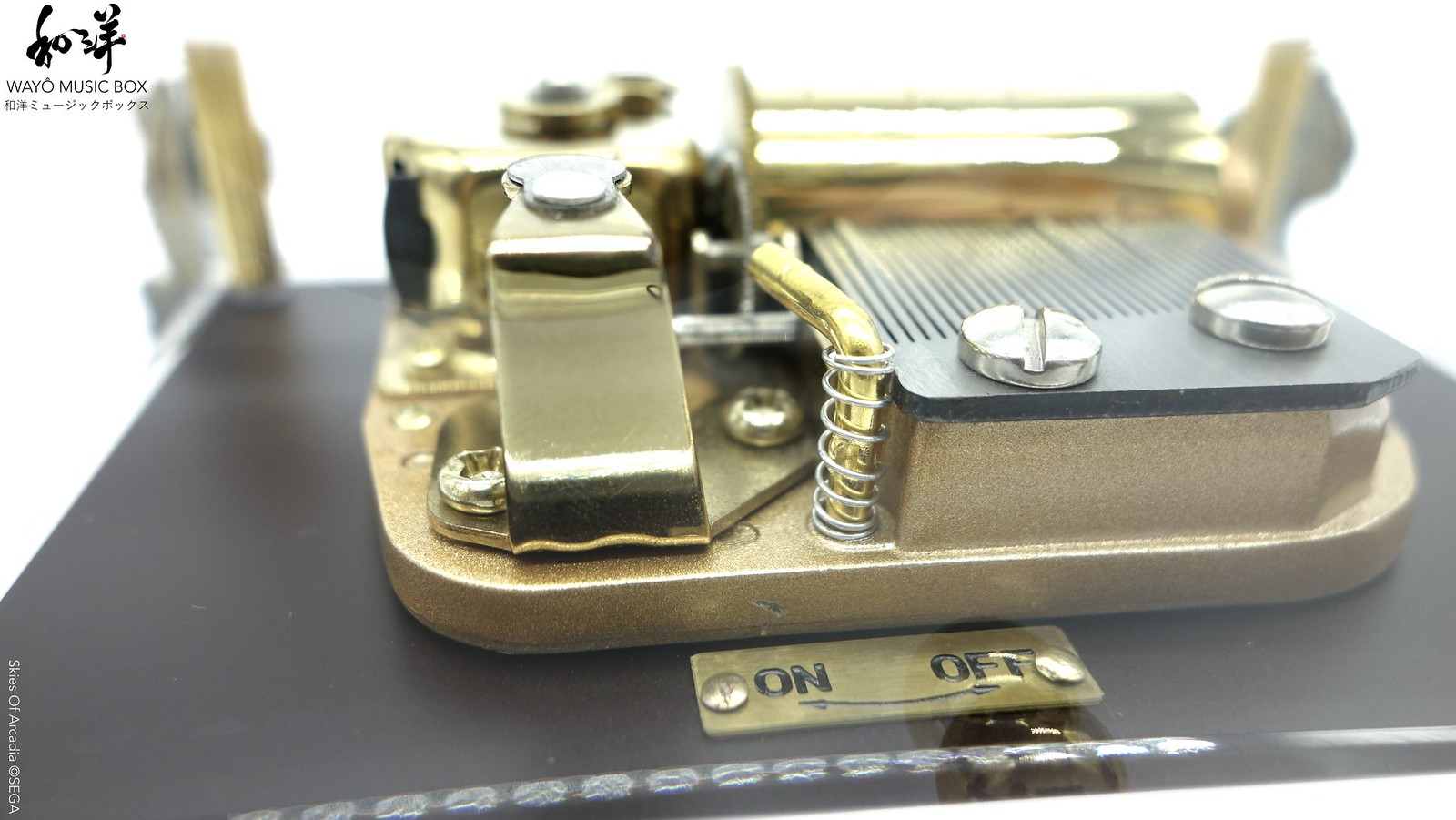 The music box is quite exquisite in its design, hearkening back to the baroque era of accouterments as far as aesthetics are concerned.

It measures in at 150mm wide and 115mm depth, with 70mm in height. It’s rather compact and minimalistic in scope, making it a perfect accessory for a small desk or shelf.

There’s also a laser-engraved logo on the top of the box, and a plexicrystal glass with metal framework to keep it from succumbing to easy breakage.

Now keep in mind that this will run you a pretty penny, clocking in at just under $300 USD. Again, these are in limited supply so you will have to act fast. The music box is expected to ship out in July. For more information on pre-order details and packaging, you can visit the official website.