The Expression Amrilato Indefinitely Delayed On Steam, But It’s Available On GOG

[Update:] MangaGamer’s PR director John Pickett issued a statement clarifying further what the issue was that Valve had with The Expression Amrilato, saying…

“Valve’s claim that this title ‘sexualizes minors’ is quite frankly absurd and discriminatory. The Expression: Amrilato is an educational title and it has no sexual content. Period.”

“While we sincerely hope this isn’t the case, the only conclusion we can draw from the feedback we’ve been provided with is that Valve now considers chaste romance between two women inherently ‘sexual’ and thus inappropriate for all audiences outside an adult context. Despite our many attempts to reach out to them for clarity on their “anything that isn’t illegal or trolling” policy––neither of which apply to this title––Valve has resoundingly refused to provide any, so all we can do is express our concern over what this could mean for freedom of expression and the LGBT gaming community.”

The press notice also states that they had help from the official National Esperanto Association of Japan to supervise development and also offer free copies to educational institutions in order to further spread awareness of the Esperanto language.

[Original article:] MangaGamer had some good and bad news to share with loyal and longtime fans: The good news is that Sukero Sparo’s yuri visual novel The Expression Amrilato has launched on the MangaGamer store and on GOG.com. The bad news is that it’s been indefinitely delayed on Steam.

There’s a notice that was posted up on June 14th, 2019 on the Steam store page for the all-ages release of The Expression Amrilato, where MangaGamer explained…

“Today, we were scheduled to release The Expression Amrilato. A linguistic marvel of localization, The Expression Amrilato is an educational title which teaches players the language of Esperanto through a touching story centered around ideas of communication, social connections, and building lasting, meaningful relationships with others through mutual understanding.

“Despite its high educational value, Valve has decided that in its current form, the content of The Expression Amrilato is unsuitable for Steam. We are working with them to try and navigate our way through the increasingly confusing review process.”

The company was a little less coy about the reasoning for the delay on their Twitter account, where they openly acknowledged that Valve had made some false claims about the visual novel, which led to it being pulled from its initial June 14th release.

Many of you have reached out regarding the #Steam release of our newest all-ages game, The Expression #Amrilato. Valve has found the content unsuitable for Steam and delayed it indefinitely under false claims. Read more here: https://t.co/vuSyX78fAC pic.twitter.com/5s9jJizyqd

Deigning the sad mascot apropos to the news should be expected, but it still makes me smirk at how the image conveys the mood of the announcement.

Nevertheless, they explain that while Steam’s door may remain uncertain in its opening or closing, MangaGamer is not sitting by idly waiting for the fates to wax approval. They’ve already begun pursuing options with Discord and other storefronts as well, writing in the blog post…

“Despite its high educational value, Valve has rejected The Expression Amrilato due to their vague and increasingly unpredictable approval process. Our staff is at a loss for what content Valve could have possibly objected to, as other storefronts, like GOG, have not taken issue with it.

“Its future on Steam is, for now, uncertain. Our team is actively pursuing additional storefronts, including Discord, for its release. Customers looking to enjoy this title can find it now on our website or GOG.com today.”

Getting it on Jast USA, DLSite, and Fakku!, might be worth a shot as well.

The more the merrier.

As for the Steam release? Well, in recent times we’ve seen Valve force a developer to delay a game until they completely censor out a character, or remove certain kinds of content such as school settings or outfits.

So we’ll see what kind of odd demands they impose upon MangaGamer to “fix”, “rectify”, “alter”, or simply outright censor to get The Expression Amilrato approved for release on Steam.

The main thing is that we still don’t know exactly what Valve wants changed or what the hold up is in terms of forcing the delay, especially after the company approved for the store page to go live for the all-ages yuri visual novel back on May 29th, 2019, according to the SteamDB entry. So they were well aware of what the visual novel was about weeks before it launched. 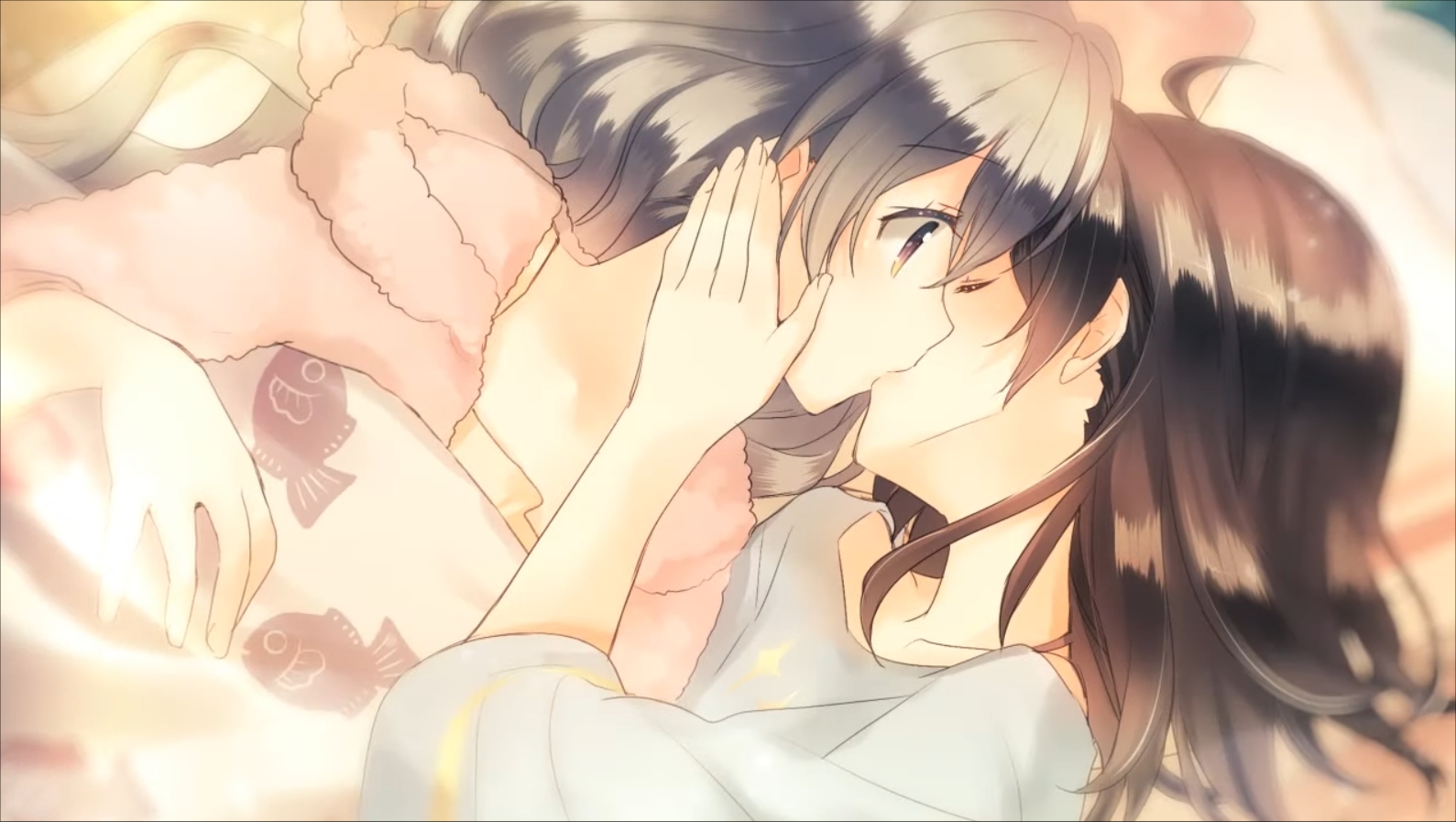 Even still, visual novels and anime-themed games like Hello, Goodbye, Koikatsu Party, and Food Girls all had to jump through similar hoops to appease the Taste Police at Valve to either avoid an indefinite delay or get revived from the Waifu Holocaust graveyard.

Nevertheless, you can purchase a copy of The Expression Amrilato right now by either visiting the MangaGamer storefront or grabbing a DRM-free rendition from GOG.com for $24.99. What’s more is that during the fist week of being on sale you can get the game for 20% off at only $19.99.