Blue Byte Software and Ubisoft’s Anno 2205 is an oldie at this point. The 2015 outing for the strategy game got off to one of the rockiest starts for the franchise, but over the years Blue Byte patched up the real-time civilization builder and managed to get it working as it was intended to. Along the way, some cheat trainers have also been updating their wares and giving gamers more finely tuned offerings when it comes to gaming Anno 2205’s systems.

The city building simulator has an updated cheat trainer that’s free to download over on MrAntifun.net.

There is a pretty huge caveat for using this cheat trainer. And no it’s not like going on a date with a chick and finding out she has gonorrhea, but that’s still pretty freaking bad. However, you will need to keep all of the accompanying DLL files included in the trainer with the trainer in the directory when you unzip the contents.

If, however, the trainer does not work after you download it and it asks for a specific DLL you will need to download the c++ redistributable 2015 64X and install it before using the trainer.

There’s a second cheat trainer you can download from over on MegaDev.info.

This trainer comes both in free and premium formats for Anno 2205.

It contains the following cheats for the game:

So basically this makes it so that all of your player-side units can become invincible, and you can take advantage of the infinite credits so you never run out of money, and you can make use of the maximum resources so you can build whatever it is your heart desires, just like how Jeffrey Epstein expressed his love to whoever he wanted no matter how young they were while he was tucked away on his Bill Clinton-approved Lolita Island.

You’ll find a third trainer for Anno 2205 over on WeMod.com.

The Anno 2205 trainer features a few noteworthy cheats, as listed below:

Now a minor caveat for this trainer. Following the latest updates for Anno 2205 it appears that some of the options don’t work quite as intended, specifically the unlimited support calls, which some have reported as being defective.

Another issue is that some people reported that the game is suffering from freezing issues when using certain cheats. However, they found a workaround by Alt-Tabbing out of the game and then activate or deactivate the cheat of your choice, and then Alt-Tab back into the game to get it working properly.

Last but not least there’s a cheat trainer from Cheat Happens.

As usual, it’s a premium Anno 2205 trainer that contains the following cheats:

It’s not much but it’s enough to get the job done. Also, as noted in the list above, the latest trainer for Anno 2205 from Cheat Happens addresses the workforce glitch that was affecting the cheat in previous outings. So the update ensures that that won’t be a problem if you decide to go with that specific trainer. 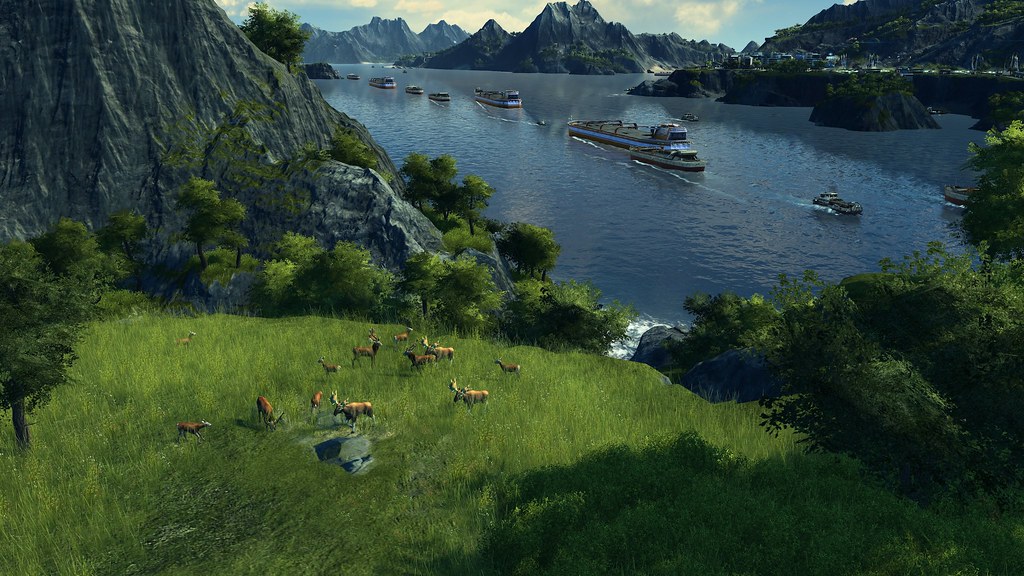 As for Anno 2205, the game is actually quite old according to gaming standards. It originally released almost half a decade ago to less than stellar user reviews due to a number of issues that plagued the city builder at release.

As is typical with almost every AAA game released in the last decade, the developers worked over the details, fished out the problems and finally made the game run the way it was supposed to at launch.

Anyway, the game is currently available over on the Steam store for $39.99. Alternatively, you can get a copy of the game from the Uplay store, but no one in their right mind buys from Uplay.