A bunch of idiots are already making a stink about Nippon Ichi Software’s Bokuhime Project for the Nintendo Switch and PS4, including some brain-dead retards at Siliconera who are falsely claiming that “trap” is a slur, including the lead moderator. This freak-wad of a degenerate is literally censoring comments and banning people for using “trap”. Yes, they are that unbearably stupid and fragile. There are other words and phrases I would love to use to describe the moderator, but it would likely result in an outcome that wouldn’t be terribly auspicious for this community. Bad omens aside, let me quote for you what the brain-adled moderator at Siliconera had to say, which is about as angering as when rapists and child molesters get off scot-free.

“Hi, all. Just a reminder that trap is a slur. I know a lot of people like the term, but please keep in mind what the word is actually implying and how it sounds. Lets try and be respectful and avoid usage of that term in the future. This isn’t a warning for anyone here right now, just my imploring everyone to consider the word more.

“If you really want to discuss this topic, we can head to OT and have an in-depth discussion, but as a heads up, I’m not going to reply to everyone making essentially the same comment in response to this.

“Extra note. If you’re *only* coming in here, after this comment, to debate or argue the use and meaning of “trap?” Please don’t. This isn’t an article about it. Try to keep discussions to that of the game, and discuss the word on OT, or other Siliconera (or personal) outlets.”

Idiots like this don’t deserve a place in our society. When you start randomly taking words and calling them “slurs” you probably need to be beaten behind a shack like the low I.Q., dog that you are.

Screw that freak and I hope they choke on a dick-shaped biscuit.

Every single one of you who allowed yourselves to get banned at Siliconera and begged for forgiveness or remittance through prostrate groveling doesn’t deserve to walk the same streets as men, because you’re not men… you’re an animal; a sub-human slave with an ideological collar strapped to your neck.

A bunch of the same mentally ill-equivalent degenerates at ResetEra were spouting the same kind of nonsense over on the forums. 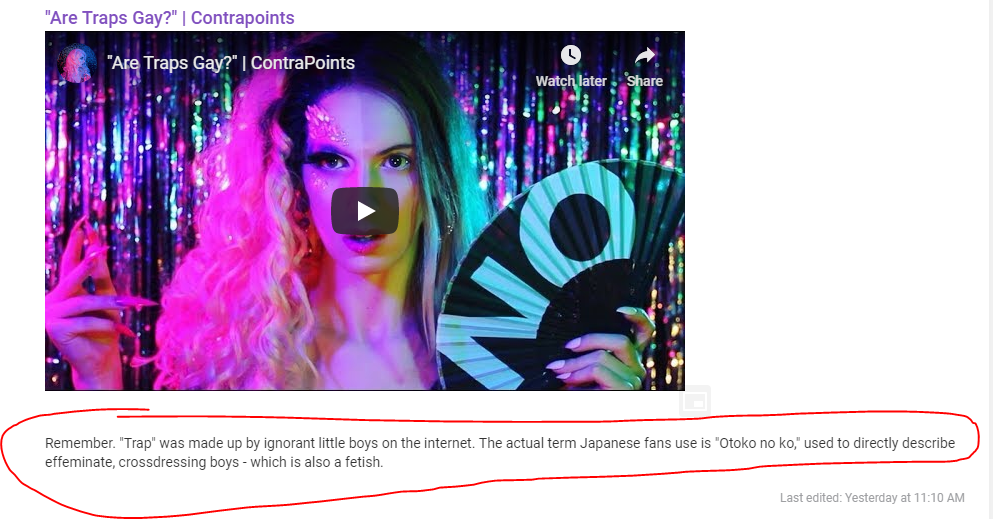 As pointed out by Hiecchi on Twitter, some of these people on ResetEra are already claiming Bokuhime Project is “transphobic”.

…i doubt that, after how many “reaction” this announcement already got.
Dont forget, Crossdressing is transphobic and feminine looking boys are trans without knowing it or make fun about trans ppl pic.twitter.com/DR4P536Qau

These cultural rapists trying to change language will likely succeed given that not enough people push back against this kind of freedom-debilitating debauchery.

We literally have mentally ill, intellectual midgets running the asylum and dictating what we can and cannot say.

How did we get here? How can you fools have been so weak as to let these cognitively depraved cretins control a language they can barely speak, much less utilize to articulate anything beyond a inner-city fifth-grade reading level?

Have you all lost your minds?

Regardless, this nonsense cannot stand.

They tried before to get a game banned from Steam because they claimed “trap was a slur”, and now we have a news site like Siliconera encouraging this level of mentally regressive thinking, hoping to take us back into the dark ages; footstools for their inane ramblings to accommodate their aberrant behavior and lifestyles. 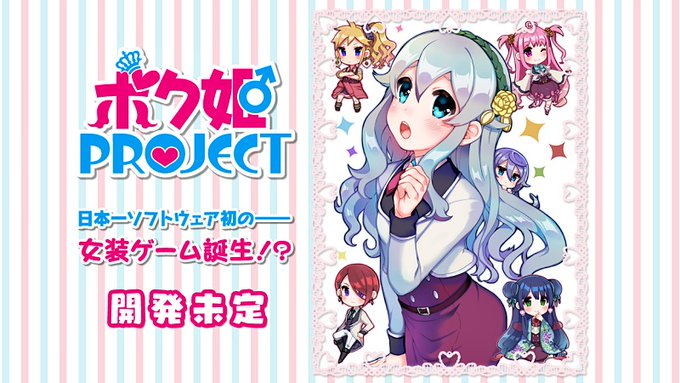 Anyway, Bokuhime Project is currently in development for the Nintendo Switch and the PlayStation 4. The game will likely be censored in some way for the PS4 if not censored for both the Switch and the PS4 due to Sony’s censorship policies.

Screw them and screw everybody who enables that kind of degenerate censorship.

You can learn more about Bokuhime Project or purchase some of the products related to the new game by visiting the Nippon Ichi store page.

(Thanks for the news tip Matter of Fact and Undecennial)