CD Projekt Red’s Cyberpunk 2077 is gearing up for the April, 2020 release on home consoles and PC next year, but we still don’t know a lot about the game, only that Keanu Reeves will likely be the only saving grace for the game. Well, we also now know that you can’t kill kiddie NPCs nor will you be allowed to kill plot-relevant NPCs. 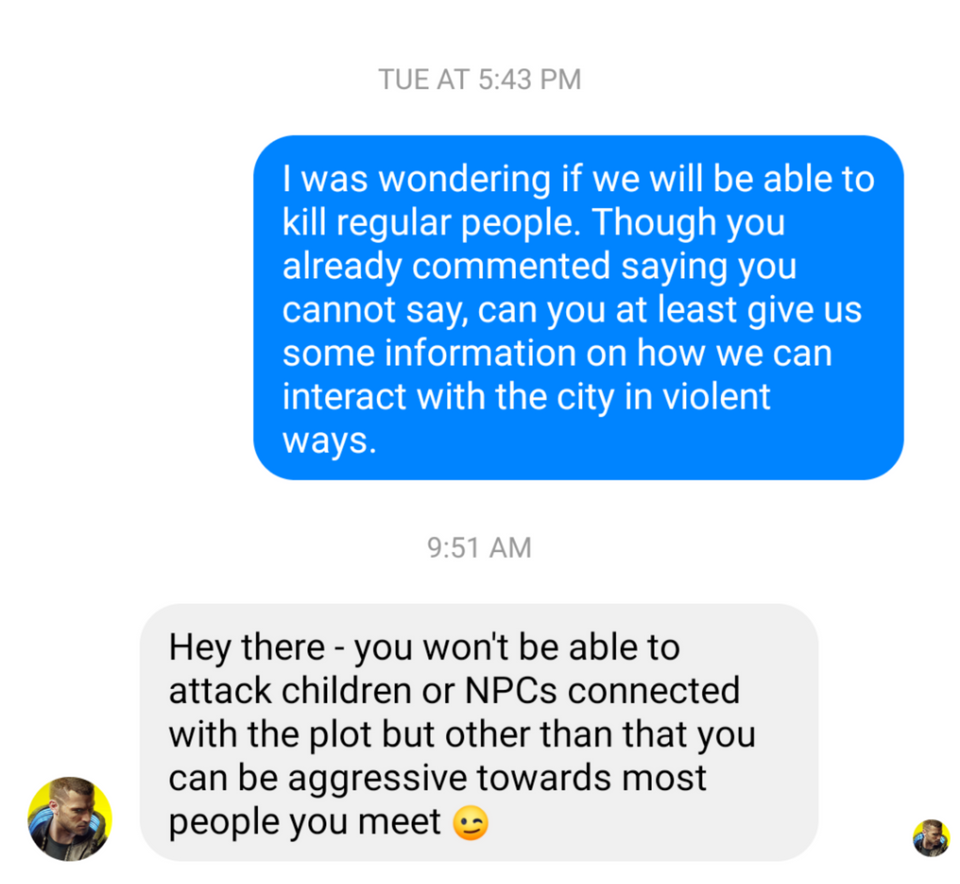 “Hey there – you won’t be able to attack children or NPCs connected with the plot but other than that you can be aggressive towards most people you meet.”

So basically any NPC that moves the plot forward can’t be aced; and just like in Battlefield games you won’t be able to knock off kids either.

In a way, this is kind of a step down from games like Deus Ex or Jagged Alliance or Baldur’s Gate or The Elder Scrolls, where you could basically kill anyone and deal with the consequence of not having them around. Forcing players not to kill certain NPCs means the developers are attempting to keep the experience streamlined so you can’t mess up or veer too far away from the intended plot path.

Anyway, this isn’t the sort of feature that will make me interested in the game (not that there’s anything relevant for normal gamers to be interested in in the first place). If you’re into freaks, degenerates, and grotesque amalgamations of cybernetic meat buffets then you might get a kick out of Cyberpunk 2077. For those of us looking for something a little more grounded and thoughtful will have to look elsewhere… perhaps The Last Night? Assuming that the game can ever get funded and published.

(Thanks for the news tip msoltryspl)