Codemasters released a brand new trailer for GRID, outlining some of the vehicles, tracks and modes that you can expect to experience when the game release on October 11th, 2019 later this year during the fall for PC, PS4, and Xbox One.

The trailer features some Wreckfest-style derby cars going at it around asphalt tracks, with plenty of bumping, grinding, and shunting to be had.

Graphically the game looks pretty good, and the vehicle designs seem to be poised for destruction. However, therein lies the problem. From the gameplay that’s on display, vehicle damage is fairly light.

You can check out the trailer for yourself below to see why some fans of the series are a bit disappointed.

If you look real close at a few sequences you’ll note that there is some car damage, but it basically just includes the hood popping up slightly and the bumper getting loose.

It’s quite noticeable during the donut race at the 33 second mark where the car crashes and takes flight, but the only damage it incurs is some particles flying everywhere and some light front end denting. 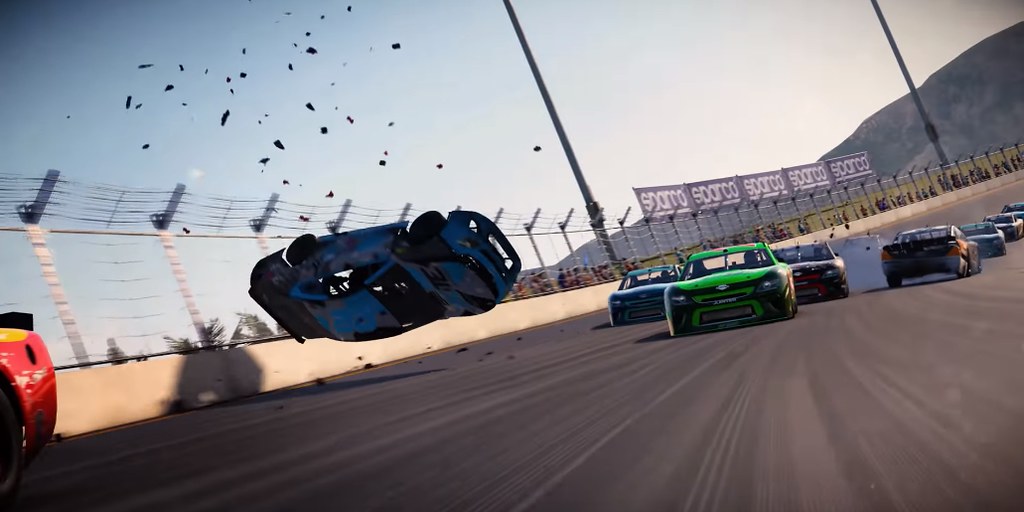 Hopefully that was just the trailer and the actual game features a lot more physics-based damage effects.

It’s kind of hard coming off of games like Wreckfest where the cars have a weighty feel to them and every little nick, bump, and shunt results in dents, paint chipping, and metal buckling.

If you need an example of what I’m talking about, just check out Soundhead Entertainment’s video below for Wreckfest, which starts with an explosive bang.

Nevertheless, racing games like GRID are now a scarce rarity, and are basically endangered software species at this point.

So if you want to give GRID a go on home console or PC, you can look for the game to launch on October 11th, 2019 this fall. For more information, be sure to visit the official GRID website.