Norn/Miel’s Hot and Steamy Knights launched in all its full R18+ glory on the Steam store courtesy of publisher Cherry Kiss Games for $11.99. During the first week of release you can get your hands on the title for 25% off the normal price for only $8.99. The only downside is that the game still retains the mosaics from the Japanese version, but otherwise all of the R18+ scenes have been retained for the Steam release.

The story for the visual novel is as bare bones as it needs to be in order to get gamers excited with the obdurate sense of obligation to serve the busty maidens of a mysterious island. After the main hero washes ashore following a shipwreck by a sea monster, he’s greeted by a bunch of huge-tiddy knights who he must tame with his rock hard sword that he unsheathes only to satisfy his urges for combat of the flesh. 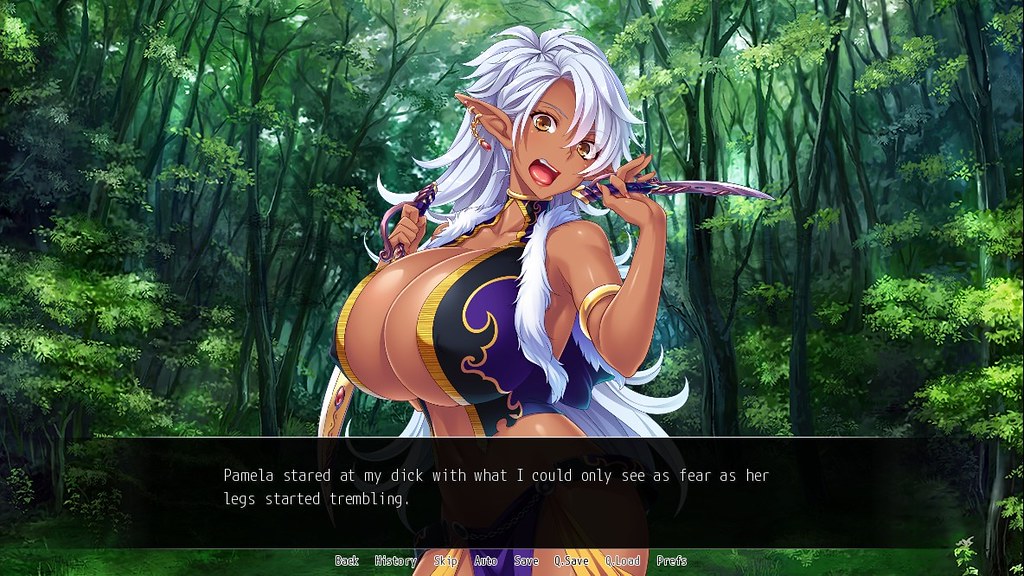 The game features 20 different scenes featuring multiple CGs of the main heroines Brigitte, Pamela, Sheila, and Martina. There are also come CG sequences involving all four girls with and without the hero.

All of the images have been upscaled with 16:9 widescreen support, along with standard 4:3 variants. You can also view all of these sequences via a scene selector and gallery mode.

Best of all is that Hot and Steamy Knights comes with the original Japanese voiceovers, so you don’t have to worry about listening to some horrible English dub that will ruin your rub, or pure silence that might end up making things feel kind of incomplete and a little less steamy than it could be.

Anyway, if you want to check out Hot and Steamy Knights you can do so over on the Steam store.

Also, the reason for the negative reviews is because some of the frail-hearts on Steam feel that the game is “demeaning” toward women. A few of the reviewers complained that the humiliation was taken too far and that the hotties shouldn’t have been publicly humiliated throughout the visual novel, nor should they have been given piercings or forced into exhibitionist roles without clothes. All the typical yammering of a soy-suckling sod with no taste for the escapism of fiction.

So I guess you can take those complaints as a badge of honor that this is a nice, healthy visual novel truly worthy your time.