I Am Succubus Demo Currently Available Ahead Of Kickstarter Campaign

A free demo for I Am Succubus has gone live for PC gamers ahead of the Kickstarter campaign for the game. You can grab the free demo right now over on the itch.io page.

Tamaya Kagiya’s I Am Succubus is a gender-bending visual novel about a feminine dude he gets unwittingly turned into a sexy female succubus by another succubus named Mio. Saeko starts off as a hardworking dude but after he gets turned into a succubus, he eventually has to learn to satisfy the succubus’ desires, which includes sating the insatiable sexual appetite of the otherworldly demon.

The demo gives gamers a brief taste of the cast of characters and the story, which centers around Saeko’s interactions with his tormenter and sexual host, Mio, as well as the shota-bait succubus Yumi, and the thousand-year-old loli, Hana.

Some of you might be wondering how Saeko becomes a succubus under Mio’s whims? Well, it all starts when Mio attempts to lure Saeko in with her devilish charms, but he resists, angering her. As punishment, she turns him into a succubus.

This results in Saeko learning to live with his ability to transform into a succubus, having wild nights of pleasure with the other succubi, and even altering his lascivious relationship with his sister in ways he couldn’t imagine.

This is the kind of visual novel that would make Jason Ruymen at Valve sweat bullets. 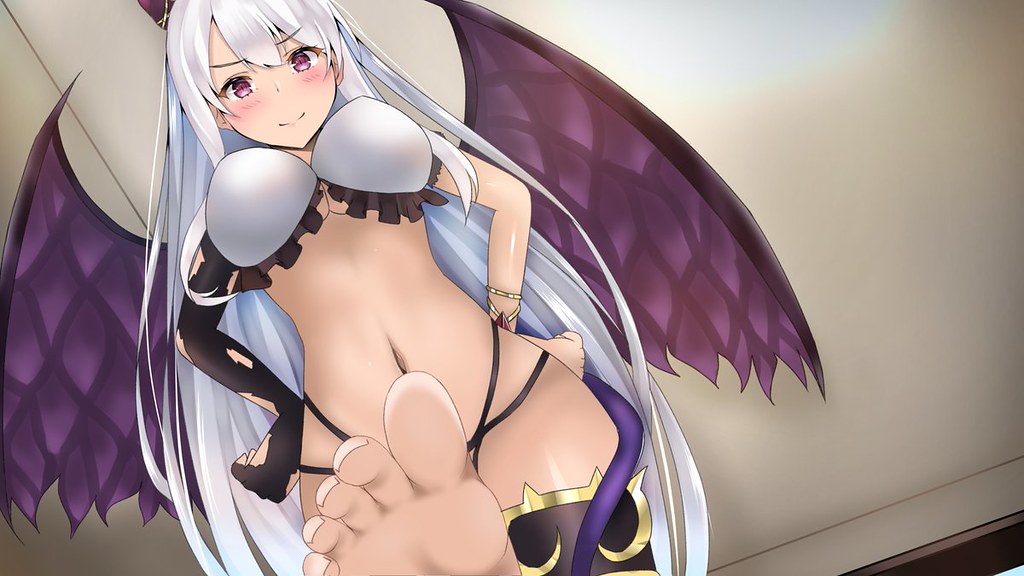 Anyway, I don’t know how Tamaya Kagiya is going to skirt this past Kickstarter given that they don’t have any qualms about dropping the banhammer on projects they feel are too risque. But then again, if he pitches the all-ages version then there’s a relatively safe chance that the project will make it through unscathed.

The demo is only 365MB so you won’t need a lot of space to give it a playthrough. Alternatively you can look for the Kickstarter for the project to go live starting July 10th.