Arc System Works, PQube and Studio Trigger’s Kill La Kill – IF is currently available for the Nintendo Switch, PS4, and PC. The game features a robust story mode, a local and online versus mode, and tutorials to help get you started and help teach you how to play.

The game is available for $59.99 and features a story mode themed around Satsuki Kiryuin, who is the main protagonist of the game, despite being the main antagonist of the anime series. The plot takes place through and after the events of the anime from the perspective of Kiryuin, with the overall story being overseen by the original scenario-writer, Kazuki Nakashima.

The gameplay itself is designed to be rather simple, but just in case gamers have a tough time learning the ropes, Arc System Works released a very basic gameplay guide to help teach newcomers how to play Kill La Kill: IF.

The basic gameplay mechanics involve using the main auto-combos by rapidly tapping the Square button on the DualShock controller.

You can perform directional combos by pressing left or right on the analog stick while tapping the Square button. This will create different combos for you to perform.

Additionally, you can perform ground bounces or air-juggles by pressing up or down on the left analog stick while rapidly tapping the Square button. 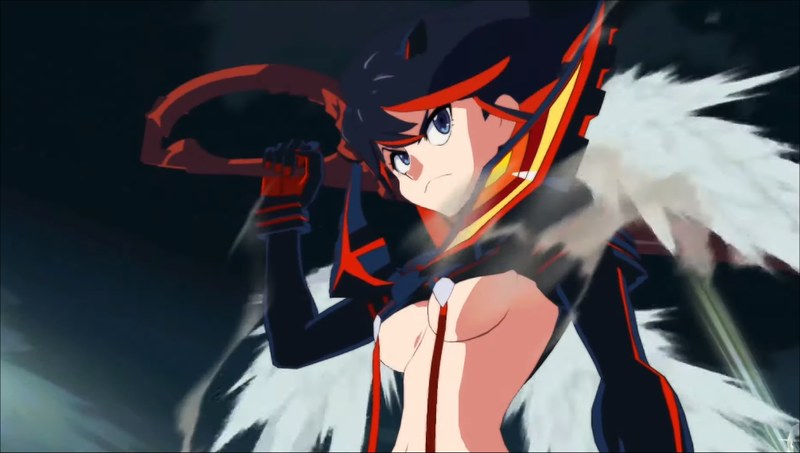 You can perform a character’s super move by pressing L1 + Square.

A secondary super move can be performed by pressing L1 + Triangle.

While a third attack can be performed by pressing L1 + Circle.

Now keep in mind that each special attack consumes your energy meter, and you have to perform combos to build up your meter in order to unleash these powerful moves.

There’s a neat rock, paper, scissors style mini-game that can also be performed with some huge risk/reward bonuses by pressing L1 + R1 together.

You will need to tap one of the face buttons and hope that it overpowers your opponent’s choice. Whoever wins gains an extra bit of your battle bar.

If your energy meter is full and you tap L1 + R1 you’ll perform a super special to finish your opponent.

That’s the basic gist of the gameplay of Kill La Kill: If. Everything from there on is about mixing and matching the attacks.