Team Ninja’s Marvel Ultimate Alliance 3 kind of came out of nowhere as a Nintendo Switch exclusive that’s being published by the Big ‘N’. It’s a follow-up to the mediocre sequel Marvel Ultimate Alliance 2 from back in 2006, which was hurriedly tossed together and no where near as good as the original. So hopefully Team Ninja’s take on Vicarious Visions’ work is closer to their first outing rather than their second one. In either case the third game is gearing up for release at the end of the week, and some preview footage has surfaced giving gamers a good, hardy look at the co-op, the gameplay mechanics, and the story mode.

YouTuber Pixelkabinett[AT] published a video on July 14th, 2019 showcasing an entire hour’s worth of footage of the Nintendo Switch exclusive, which you can check out below.

From the main menu we see that you can start a new game, there’s an option for the Infinity Stones, a team mode, the option to select from the heroes you’ve unlocked so far, a lab, and a co-op mode.

First and foremost worth mentioning is that all the women look sexy in the game, which is a really really rare thing in today’s industry. The women have hips, juicy thighs, round boobs, and toned bodies. This is a really good thing, because beautiful women are rare in today’s media. 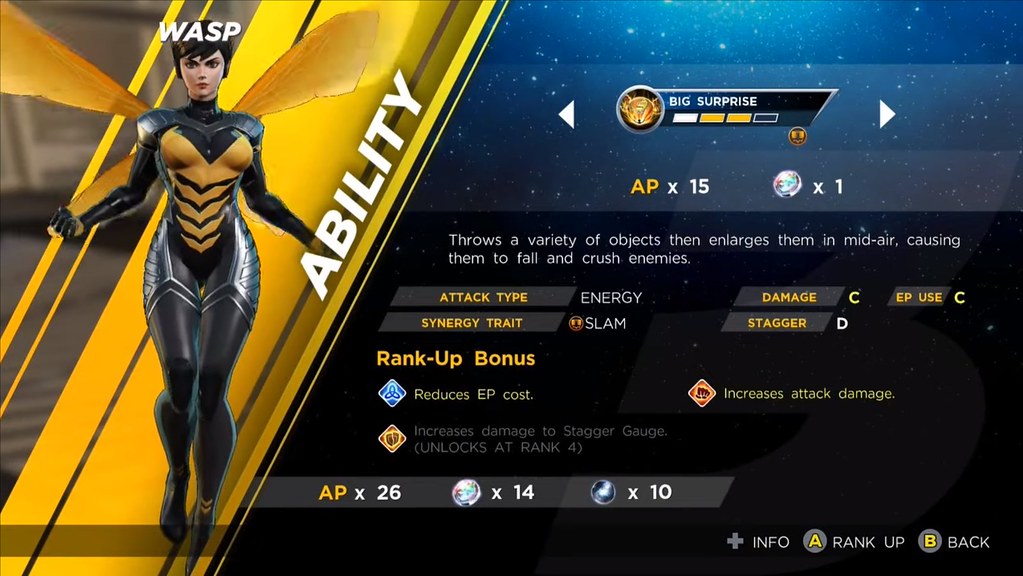 Anyway, back to the game, you’ll be able to place ISO-8 stones into the character slots that give them different abilities. The different stones can raise or lower certain affinities for or against other elements, energy types, or status effects.

The game is a lot more in-depth than you might have imagined. For instance, team attacks have returned, but it’s not just a matter of tapping a button and watching the heroes perform their specials, there are different hero traits, and then different synergy traits, and then there are synergy links and extreme attacks. Different hero combinations will alter the kind of damage output they do when performing these team attacks, adding a much needed layer of strategy to the way you form your teams.

In single-player mode you can tap L + R to call-in all your team to perform ultimate attacks and clear out the screen. The thing I was most impressed about in the video is that while there’s a giant battle taking place with Ultron and Ant-Man in the background, there are a ton of enemies on the screen in the foreground. 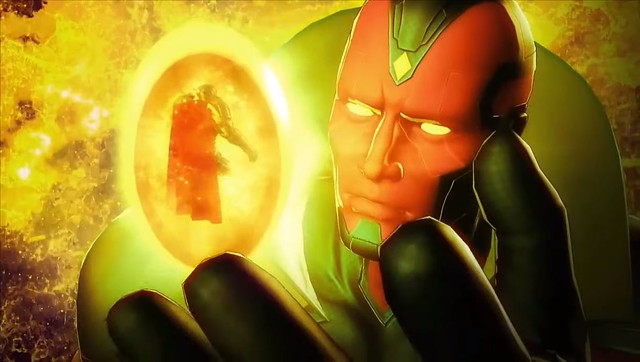 Additionally, you have two different ways to view the action, using “Classic Cam” and “Hero Cam”. With “Hero Cam” you’re able to zoom in on the player-selected character for a chase cam,  giving you an up close perspective of the action and see a lot of the details on the characters and environments. The “Classic Cam” is the traditional view where you get to see an isometric canvas of all the action and the multiple playable characters on-screen.

After defeating Ultron, the team heads to the Xavier school to fight the Sentinels. They introduce Colossus, Cyclops, Psylocke, and Nightcrawler.

We also see that there are rifts throughout the stages, very similar to the previous games where you can complete the side-quests and unlock new content. 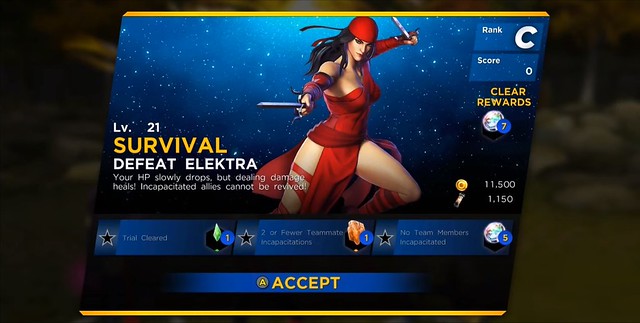 As you complete quests and main story missions you earn credits and enhancement points that can then be used to upgrade your team. There are six different hero stats that can be upgraded, including Strength, Durability, Mastery, Resilience, Vitality, and Energy.

There’s a massive stat grid in the alliance Lab where you can upgrade your team. Now the Lab applies to everyone you play, so you don’t have to worry about spending your points and credits on each stat for each characters. 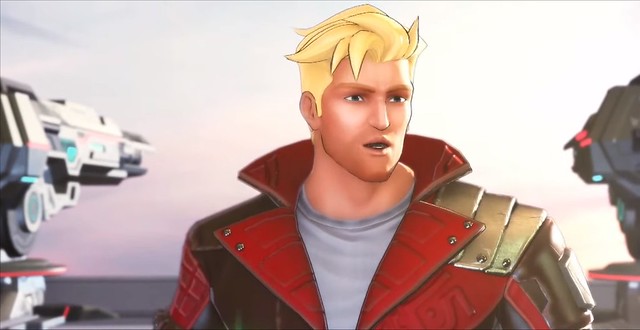 There’s also a healthy mix of comic book-accurate costumes, cartoon-based costumes, and some designs that are mirrored 1:1 on the way the characters appeared in the MCU, which I duly, duly, duly appreciate. It makes the ability to unlock the character costumes that much more appealing, especially since you don’t know which one you’re going to get or from which art-style or universe the skin is based on.

The default Nick Fury skin, for instance, is based on Samuel L. Jackson from the MCU, but I hope they have David Hasselhoff’s skin from the Fox movie. Ant-Man’s default skin is based on Paul Rudd’s turn as the eponymous hero in the live-action movies, while The Wasp’s default is more comic-inspired. Both Wolverine and Cyclops are also sporting their defaults based on the X-Men cartoon from the 1990s that aired on Fox, while Jessica Jones’ default is based on Kristen Ritter from the Netflix show. 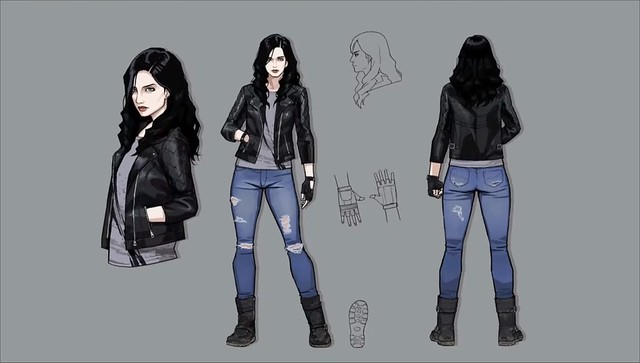 There are different ways to unlock costumes for the characters, some of which include completing the survival tasks mentioned earlier.

In the video above we saw that in order to unlock Spider-Man’s first costume – which was the white and black, armored alternate of the base Spider-Man outfit – you have to reach level 20 and complete Spider-Man’s side-quest.

Different characters will require different tasks to be completed in order to unlock their costumes, which helps give Marvel Ultimate Alliance 3 a definite feeling of being more than just a one-trick beat-’em-up pony.

It also appears each character has more than one costume to unlock throughout the game, so if you’re a completionist there’s a lot to chew into with Marvel Ultimate Alliance 3. 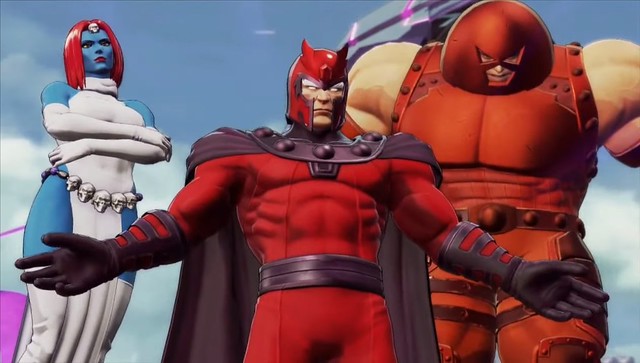 Now the only drawback that I’ve seen so far when it comes to the multiplayer is that online multiplayer seems to be more lobby based rather than just finding anybody and playing through the game. So for instance if you want to play online you can either create a room or find a room. However, when you go to search for a room you have to specify the level, the amount of players, and the mode, so it’s not like you can just randomly team with anybody, anywhere the way Borderlands has its multiplayer setup, which allowed you to either stick with people who were around your level or join in on anyone’s game.

You can also specify whether you want to search for people via region or even set a password on your game to prevent randos from joining your game.

On the flip side they at least allow you to team up with anyone in the local area network mode, which can be played while undocked in the handheld mode.

Otherwise you can just stick with the tried and true local four-player cooperative mode that allows you and three other people to team up and play through the levels together. 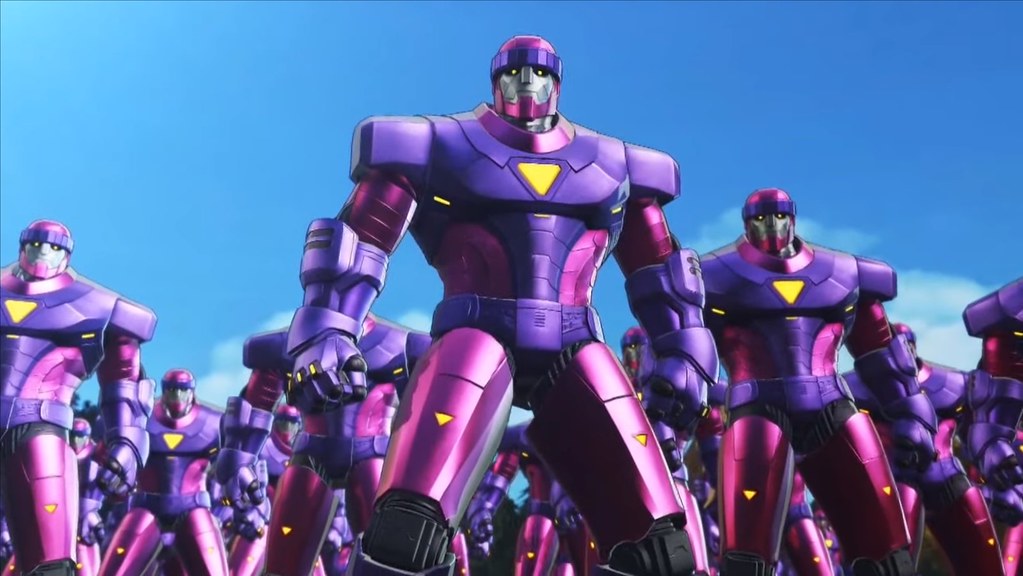 As far as game length is concerned, after playing through several levels, Pixelkabinett unlocked 40 cutscenes out of 140. So he was just a little under a third of the way through the game’s campaign mode by the time he finished the video. However that’s not including the side-quests, survival missions, Danger Room tasks, and other unlockable content that’s tucked away throughout the gameplay experience.

So far Marvel Ultimate Alliance 3 seems to be shaping up to be a big bundle of gameplay with lots of characters, levels, challenges, and plenty of stages to play through. This feels like a throwback to the classic era of gaming when companies made titles to be fun and entertaining and keep people coming back for more without feeling like a ridiculous grind.