Only in Clown World is it possible for big corporations to label heterosexuality as “gross”. Yes, the very thing that allowed them to type out those words in an e-mail, and gave them an opportunity at living a life in the waking world is “gross” for some people, but that’s just the way it is in an era of insanity. If you don’t know what I’m talking about, I’m talking about Netflix’s response to the Straight Pride Parade group known as Super Happy Fun America.

Recently the company posted up a tweet on July 26th, 2019 with an image revealing that Patreon has banned their account.

Ok… we all knew this was going to happen.#DontHateTheStraight pic.twitter.com/NmxWrG8PH3

If you attempt to visit the Super Happy Fun America Patreon account you’re greeted with a message that says “This page has been removed”.

This comes shortly after Super Happy Fun America had a run-in with Netflix. Originally they broadcast that they were trying to get sponsors for the event, which included Netflix, but even mentioning Netflix or showing their logo was not appreciated by the streaming company.

Netflix was neither amused nor cordial about how they felt about the heterosexual pride event. 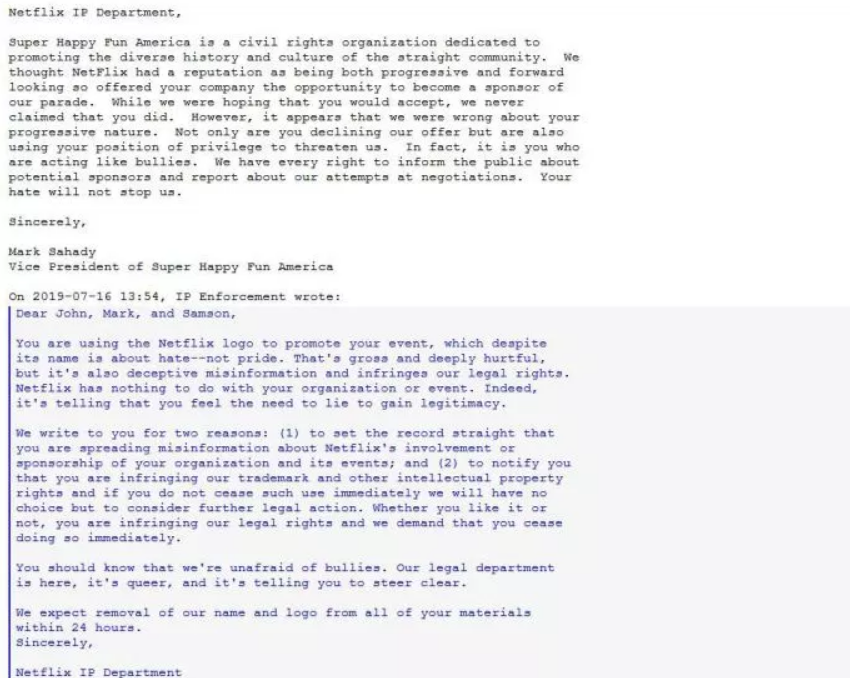 In fact, Super Happy Fun America shared Netflix’s response in a blog post on July 17th, 2019, where the Netflix IP department wrote in a letter…

“You are using the Netflix logo to promote your event, which despite its name is about hate—not pride. That’s gross and deeply hurtful, but it’s also deceptive misinformation and infringes on our legal rights. Netflix has nothing to do with your organization or event. Indeed, it’s telling that you feel the need to lie to gain legitimacy.

“We write to you for two reasons: (1) to set the record straight that you are spreading misinformation about Netflix’s involvement or sponsorship of your organization and its events; and (2) to notify you that you are infringing our trademark and other intellectual property rights and if you do not cease such use immediately we will have no choice but to consider further legal action. Whether you like it or not, you are infringing our legal rights and we demand that you cease doing so immediately.

“You should know that we’re unafraid of bullies. Our legal department is here, it’s queer, and it’s telling you to steer clear.

“We expect removal of our name and logo from all of your materials within 24 hours.”

That line about being queer and steering clear is real. It’s in the letter, and it’s definitely chuckle-worthy.

This also explains Netflix’s fixation on shoving in LGBTQIA+ imagery into shows and movies where it doesn’t even make sense. They’re actual heterophobes. It’s no wonder they’ve already lost $24 billion due to their agenda-driven antics, as reported by the Daily Caller.

Anyway, this whole attack on heterosexuality and the Straight Pride Parade is quite telling. 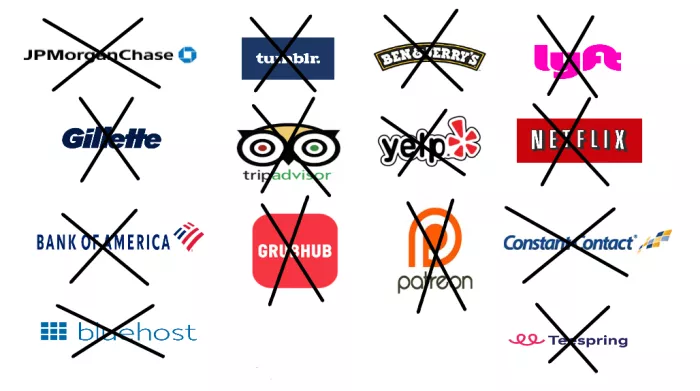 Super Happy Fun America did a follow-up blog post on all the corporations that either cancelled their accounts or responded negatively when asked to sponsor the Straight Pride Parade, writing…

“Super Happy Fun America reached out to companies to ask them to sponsor the Boston Straight Pride Parade. Our offer was based upon their reputations as being progressive and their known support of parades for other orientations. However, rather than show their support for equality and inclusivity, we received hateful and heterophobic emails, threats against our 1st amendment rights, and attempts to take down our website. Other companies featured here cancelled our accounts.

“The responses from global corporations effectively demonstrate the serious need for our civil rights movement is needed now more than ever! We will not be intimidated by their threats against our happiness and fun. Straights are a legitimate sexual orientation and we demand the same rights as everyone else.”

While the Left has continually tried using social media platforms to talk about how oppressed they are and how inclusive they are, it’s funny that they are going on the attack against the organizers of the Straight Pride Parade.

This is just more proof about the escalating hate against straights. Pretty soon you won’t even be able to walk down the streets without Netflix employees throwing freshly picked Marzano tomatoes at you with green leaf garnishes and basil and thyme seasoning.

Nevertheless, if you’re gay for the Straight Pride Parade, you can look to get in on the action starting August 31st.

(Thanks for the news tip ennis)