A new research study was released by professors Chris Ferguson, Danielle Lindner, and Melissa Trible from Stetson University, along with Ilana Pilato from Fairleigh Dickinson University. The study is called “Examining the effects of exposure to a sexualized female video game protagonist on women’s body image”.

You can view the full article over on Research Gate, where it was published on July 1st, 2019.

The significance of this study is that it was preregistered and done via collaboration between professors with very different views on the subject matter. In an e-mail, Professor Chris Ferguson explained…

“This is, to my knowledge, the first study in this realm that is preregistered (meaning we publicly posted our measurement and analysis plan in advance so we couldn’t monkey with the results to pretty them up…one source of psychology’s “replication crisis”) and also an adversarial collaboration (meaning two of us…the first author and myself, had different views going in about whether media effects existed or not.) Although only one study, I think this adds to the evidence that media effects are much more difficult to find than is often suspected.” 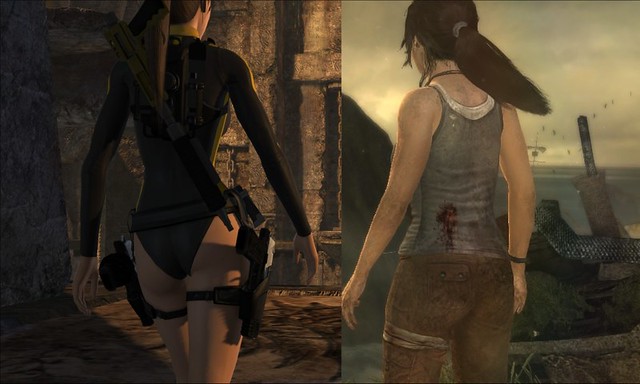 The participants also were engaged in a second series of hypotheses involving an test related to hostile sexism towards other females. In the study it states…

”Participants exposed to a sexualized female video game protagonist will behave more aggressively toward a female research assistant (Hypothesis 3) and hold more negative attitudes toward her than participants exposed to a nonsexualized female video game protagonist (Hypothesis 4). These effects will hold when controlling for trait levels of hostile sexism.”

Anyway, they gathered 98 female students from a small liberal arts university, all over the age of 18. 31.6% of the participants were not gamers, and they were given Tomb Raider: Underworld and the 2013 Tomb Raider reboot to play. The participants weren’t told about the hypotheses beforehand, so they weren’t keyed into why they were playing the games. The test groups were divided into playing Underworld (for the sexualized female character) or the 2013 Tomb Raider reboot (for the non-sexualized female character) for up to 30 minutes. 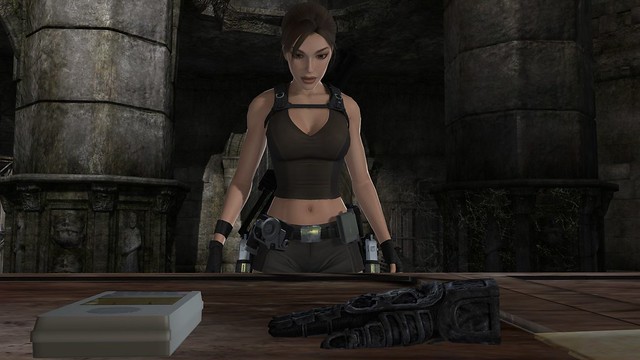 The researchers also utilized distraction measures to keep the participants from guessing what the hypotheses were for the study.

They then were put through another separate test involving an ice-water task, where they would participate with a female confederate who would inform them whether their hand was feeling uncomfortable in the ice water, and the amount of time the confederate’s hand was left in the ice water would determine the participant’s aggression levels toward women.

The study concluded that the fictional, sexualized video game character had minimal effects on the participants in the test group, and that the character had little impact on women’s self-objectification, body shaming, and body satisfaction, as revealed in the discussion section of the study, where it states…

“Results indicated little evidence to suggest that playing a video game with sexualized content influenced any of the outcome variables. […]”

“As to why sexualized video games had little impact on female players, this may be because participants identified the sexualized female video game protagonist as fictional and thus not a realistic source of messaging about women’s bodies.”

This might seem like common sense to most people, but there has been an increasing wave of media paranoia and fear-mongering peppering the wide public with the idea that video games turn people into mass murderers, and – via culture critics from the third-wave feminist sector – that video games make gamers sexist.

The report attempts to dissuade people from taking that sort of view on interactive entertainment, cautioning against the moral panics spurred on by propagandists and other half-hearted research…

“Our study also adds to increasing literature that fictional media in general, and video games specifically, have less impact on consumers than had previously been thought. Much of this issue had occurred on the topic of violence, where an increasing number of null studies have raised concerns that social science may have damaged its credibility by staking an early claim to public health impacts that could not be supported by subsequent data […]. We suspect that this field would benefit from being more cautious in asserting casual effects for sexualized video games until more data are available.

“Naturally, one must be careful not to generalize too far from one experiment. For instance, it is possible that playing as more active versus passive female characters might have differing effects. Depictions from fictional media such as video games may have different influences than depictions in nonfiction, such as news media. Further, it is possible that tiny effects may not be discernible in brief, laboratory experiments but may nonetheless accumulate over time, although existing longitudinal data have not support this belief […]”

The main goal of the study was to reduce false positive results, and dampen the weakness that some of these studies have when it comes to examining the effects and outcomes related to the subject matter. 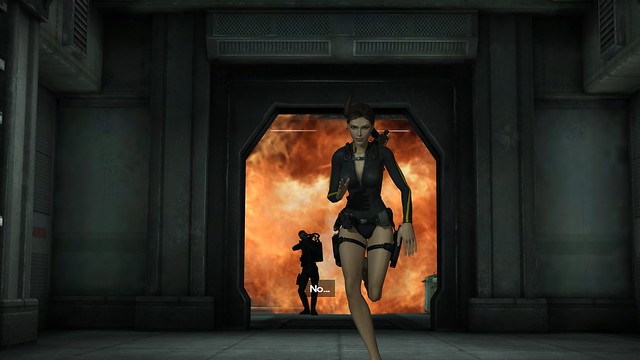 Moreover, the ice-water test definitely seemed far removed from being an accurate way to test sexual aggression, and the sample size of just 98 (though technically it was 89 after nine participants were not included due to not filling out a specific measure), makes it tough to champion the study as a veritable counter-argument to the “games causes sexism” argument.

To their credit, however, the researchers did note that the sample sizes and certain methods that were employed were a drawback for the study (such as not having a male assistant to control for gendered sexism), and did encourage others to pick up the mantle and further dive into the research of the effects that video games have on gamers.

In the concluding section, it states…

“We welcome pregistered replications and extensions of our work and hope that future scholars will use similar methods when also testing for the impact of sexualized games on male players. IN our study, we only included a female confederate/research assistant. Other studies may wish to contrast reactions to male versus female confederates. […]

“Our study contributes to a body of work that suggests that societal fears of citional media generally and sexualized video games specifically may be greater than the degree to which data can can support them. We suspect that, as they often do, societal fears of new media will continue for some time, and this will reflect in the value that social science places on certain hypotheses as well, quite frankly, as certain conclusions. We express that, in such an atmosphere, Type I error potential remains quite high. This can be reduced by the use of preregistration of study designs, purposeful adversarial collaborations, standardization of study measures, distractor tasks to reduce demand characteristics, and close matching of experimental conditions. With improvements in the quality of research in this area, we may develop a clearer idea of what effects do and do not actually exist in the population.”

I did ask Professor Ferguson about the takeaway from research like this in relation to the video game industry, and what game designers, producers, and studios could use when looking over data like the kind presented in the study above. 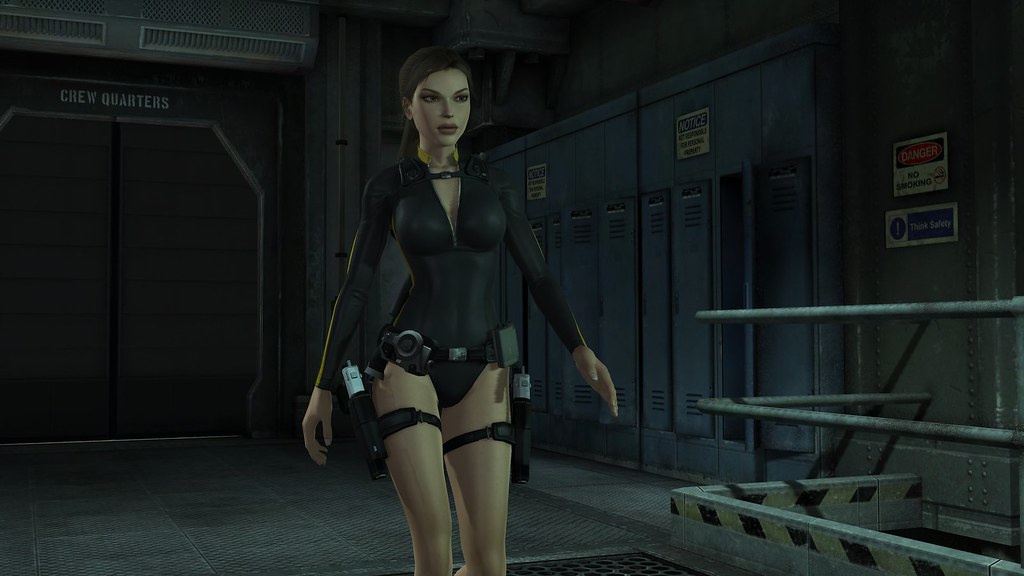 According to Professor Ferguson, while he still believes that strong, less sexualized presentations of fictional female characters is his preference, he also believes that there is room for the hyper-sexualized and the non-sexualized, and everything else in between, saying…

“I’ve been on the record supporting more games with stronger, less sexualized representations of female characters (and I still do.) But I’ve also warned advocates against exaggerating the case for causal or cultivation effects for consumers of media. I think that could inadvertently discredit the advocacy cause, such as it is. For industry, I think it suggests that producers can relax a bit when worrying over whether existing franchises such as Mortal Combat are too sexualized…even if so it’s not clear this causes any harm. But they should also have the freedom to explore stronger, less sexualized female characters at the same time. Or, put another way, there’s room in the world for both Grand Theft Auto 6 and The Last of Us 2.”

The big question is: will more researchers pick up where Ferguson et al left off or will they continue to chase after the confirmation bias of trying to find data to support the claims that games cause people to become sexist or violent?

So far, data relating to behavioral outcomes in connection with investing specific amounts of time into gaming is still an undernourished facet of research, but most of the results indicate that games don’t make you violent or sexist. Also, on the bright side, at least more credible data is surfacing that further exposes and discredits the canards from outrage peddlers who claim video games turn people into killers and rapists.