This is the kind of news that strips the threads away from the very fabric of your soul. Taika Waititi is directing Thor: Love and Thunder and it will be based on Marvel’s woke run of female Thor, where Jane Foster took over Thor’s name and hammer, Mjolnir, and began doing Thor things.

As always, Marvel is moving the dial ever further Left. The post-Endgame tale for Thor sees him losing his name to Jane Foster, played by a returning Natalie Portman.

The news managed to trend as it was announced in Hall H at the San Diego Comic-Con, even prompting Twitter to make a special “Moment” for the announcement in order to promote the female Thor and highlight Marvel’s agenda to undercut Chris Hemsworth’s run as the straight, white male lead. 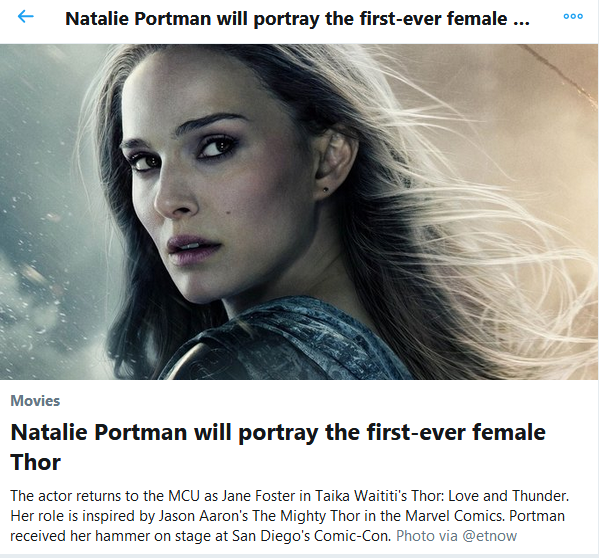 Story details weren’t made available other than that Portman would be the “first-ever female Thor”, which still doesn’t make sense given that Thor is his name… not a title.

However, Marvel is likely going to use the excuse that this is not an out-of-left field plot device because Portman was featured in the first two Thor movies as the eponymous hero’s love interest.

According to Peter Sciretta from Slash Film, who was in attendance at the San Diego Comic-Con panel, Waititi had red the agenda-driven run of the female Thor and decided to use that as the story basis for Thor: Love and Thunder.

Taika was reading The Mighty Thor, which introduces female Thor. This movie is inspired by this. Natalie Portman cast as female Thor!!!!!!

For those of you unfamiliar with the Female Thor, it was as bad as everyone said it was, laced with the sort of propaganda that the Marvel comics have become infamous for — so infamous that many of those comics ended up on the Get Woke; Go Broke Master List — and included blatant agitprop such as Jane sharing an interracial kiss with Falcon after beating up some “racist” agitators. 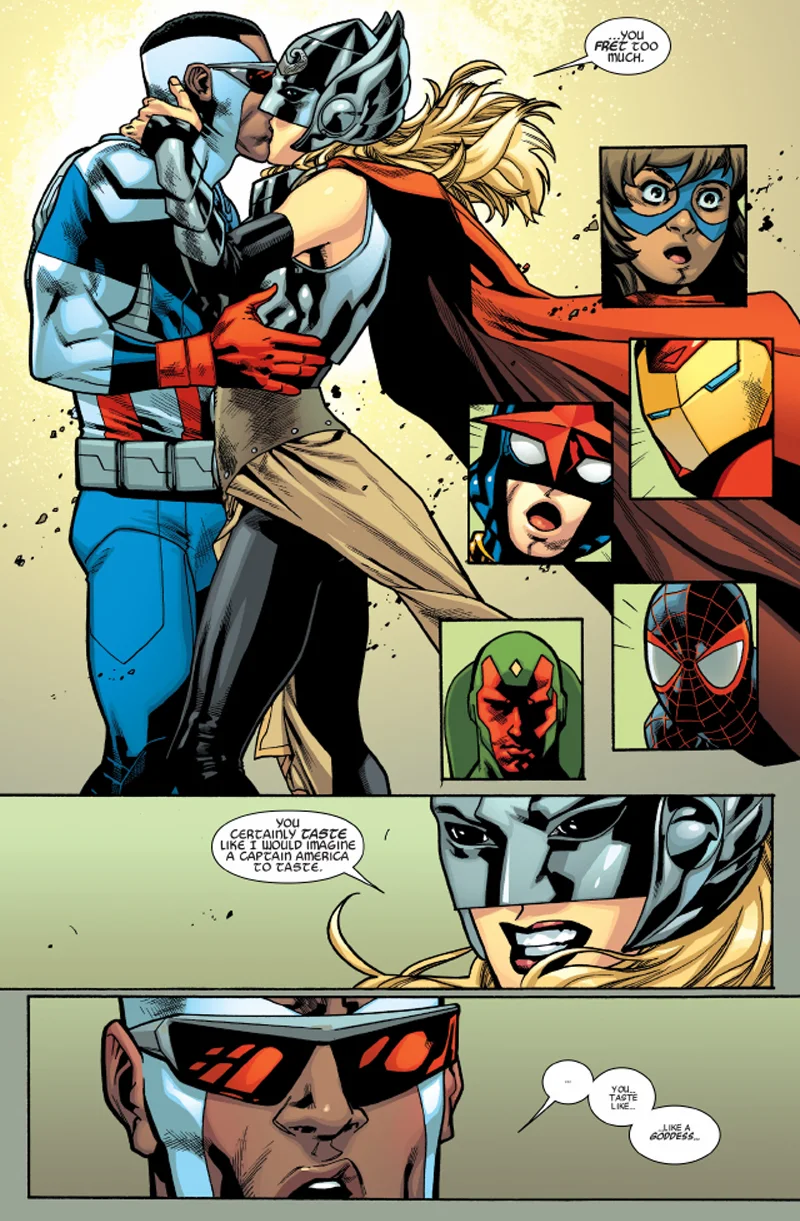 But it didn’t end there… Jane ended up sleeping with the Falcon later on. 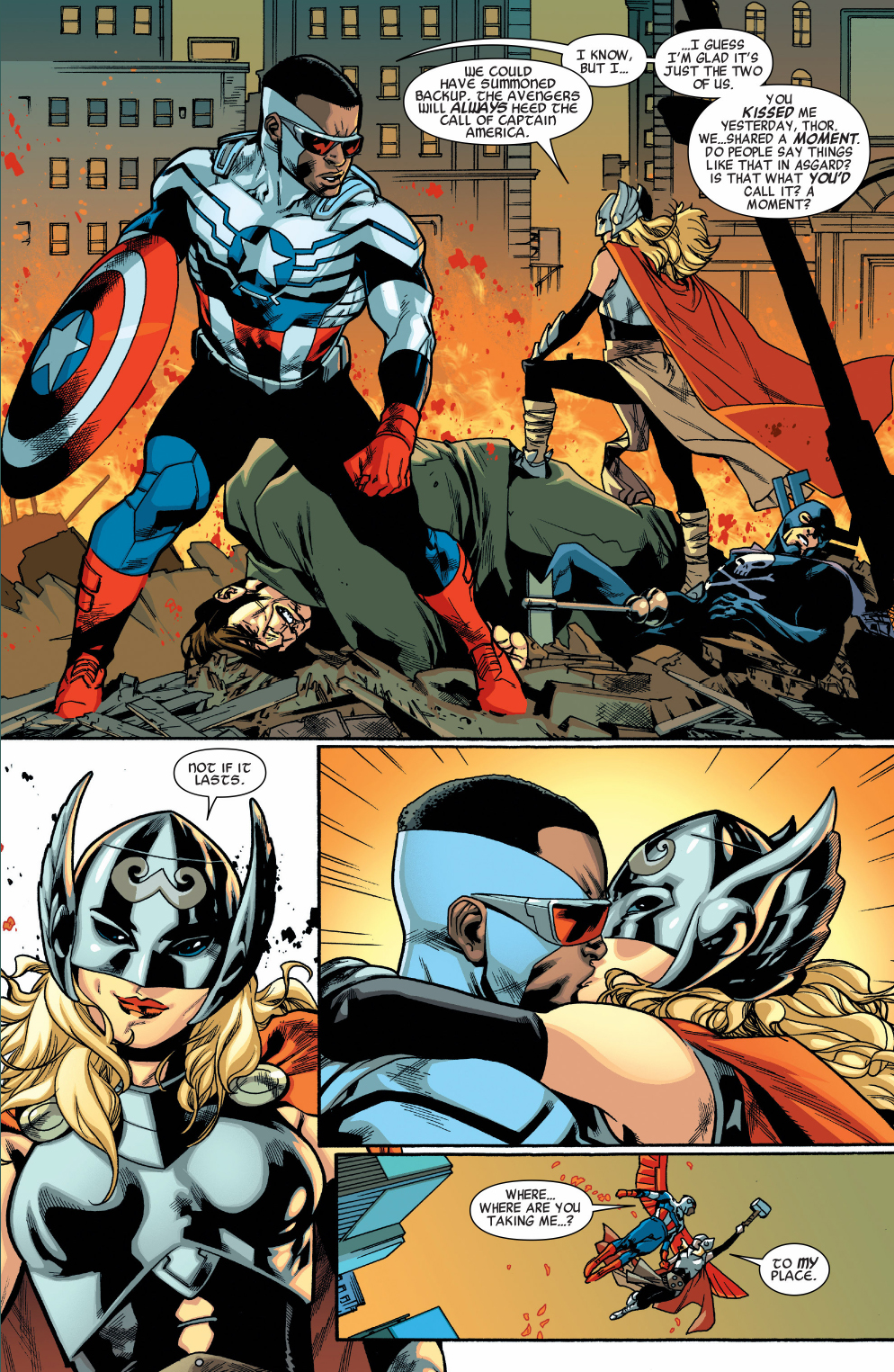 It’s the sort of thing that makes you sick to your stomach; churning your insides with a nausea-inducing swirl, as if you were butter in a theki.

There were misandrist threads throughout the female Thor run, including one where a female villain refused to let another male villain fight female Thor out of “respect” for what she was doing. This is not even a joke. There’s even a panel of the feminist propaganda that you can read for yourself. 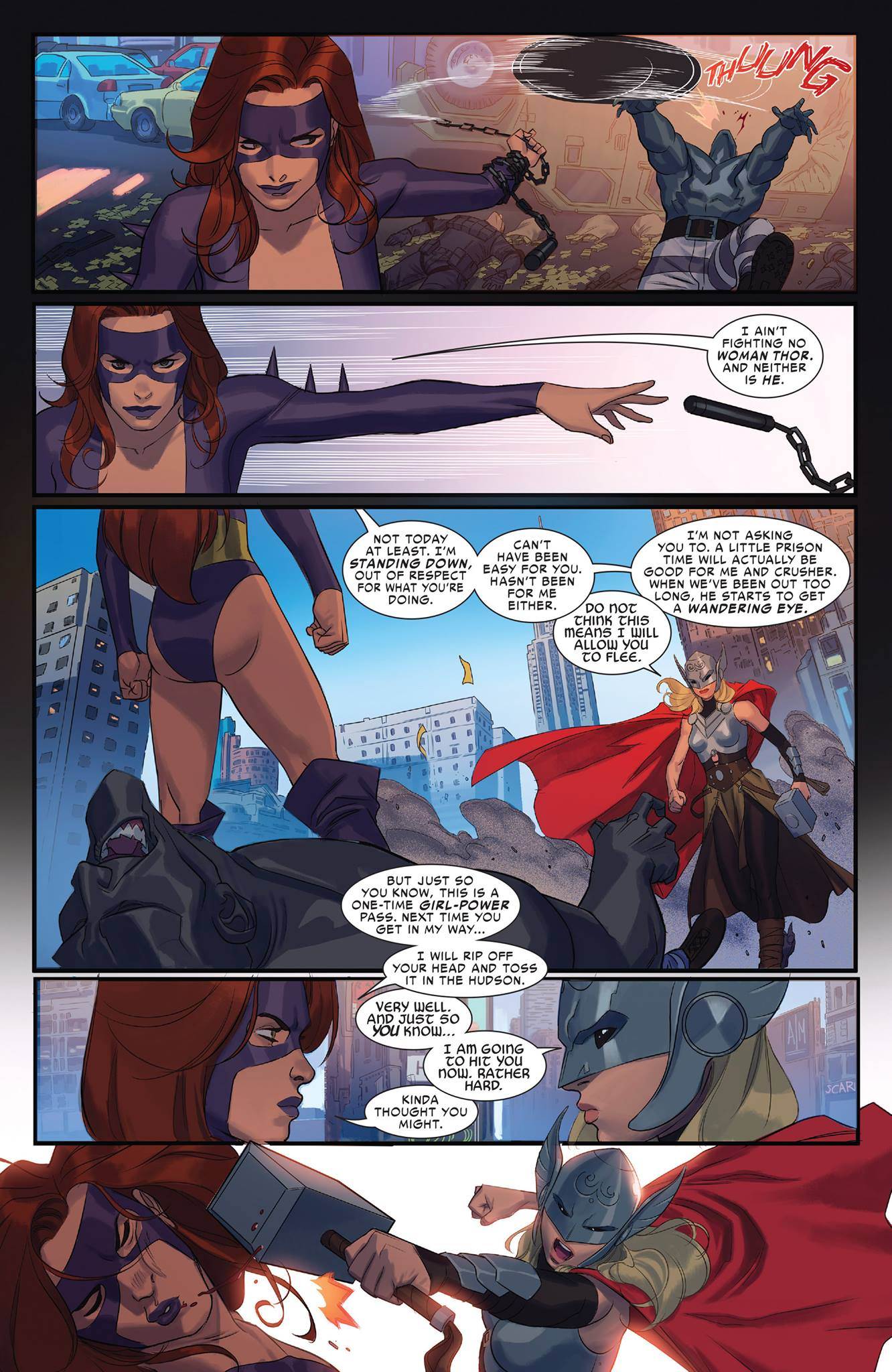 But wait… it gets even worse!

According to ScreenRant’s tweets, actress Tessa Thompson said that as the new king of Asgard, the Valkyrie has to find a queen, since she’s obviously a lesbian!

Tessa Thompson says that as the new king of Asgard, the first thing Valkyrie needs to do is “find her Queen!” #SDCC #SDCC2019 #Thor

I had to stand up and then sit down for a moment.

Staring at the floor, I began to realize that whatever good the Marvel Cinematic Universe brought to the world would be undone by the heathens of Hollywood.

Whatever memories or joy that you thought you could embrace from the previous three phases of storytelling, are gone.

Your joy is being systematically erased by the diversity agenda, and Phase 4 will taint these legacy characters… forever.

I wish there were words that could express the sadness that envelops my heart, to see Marvel wielding an axe of destruction for which all that you loved will be torn asunder and ripped apart like a pig’s intestines in a slaughter house; all for the sake of brainwashing the masses with their agenda. But there are no words… just bleakness and the realization that cultural entertainment is on the cusp of crumbling due to these degenerates.

The end is nigh, and it will be ushered in with trends, claps, and applause.

The San Diego Comic-Con was the messenger of Armageddon, and you get to stand at ground zero to witness the complete and utter annihilation of comic-book movie culture.

Thor: Love and Thunder will release into theaters on November 5th, 2021, where you can kiss one of the last masculine, straight white male leads goodbye.

No comments yet Categories: Entertainment, Events, News Tags: Movie, San Diego Comic-Con 2019, Thor: Love and Thunder
← Tess Owens Was Wrong About The Origins Of The Term E-Girl, But So Was Ian Miles Cheong
The Rocketeer Sneak Peek Reveals A Gender-Swapped Take On The Iconic Hero →