Production Exabilities and Sony Music Entertainment released a new trailer for the upcoming Japanese third-person, aerial mecha shooter called Wing of Darkness. The trailer focuses on a lot of fast-paced combat to the point where it’s blinding and almost impossible to make out, but the 59 second trailer also glimpses a few of the hot waifus that you will encounter throughout what will most likely be a throwaway story.

Gematsu spotted the new trailer, which was recently published over the Production Exabilities YouTube channel, and it features just barely a minute’s worth of almost incomprehensible gameplay, which you can check out below.

As you can see in the trailer, the combat system in the Unreal Engine 4-powered shooter is very much like Project Nimbus or War Tech Fighter, insofar that it’s a fast-paced third-person shooter game with traditional, overbearing Japanese HUDs that require lightning quick reflexes to accommodate the projectile-heavy battles.

Think of it as an aerial-version of Daemon X Machina.

The HELT-System mechs are designed for fast movement and capable of unleashing lots of devastating firepower on enemy units.

Beyond the gameplay, however, there’s also the very ample presence of waifu bait. 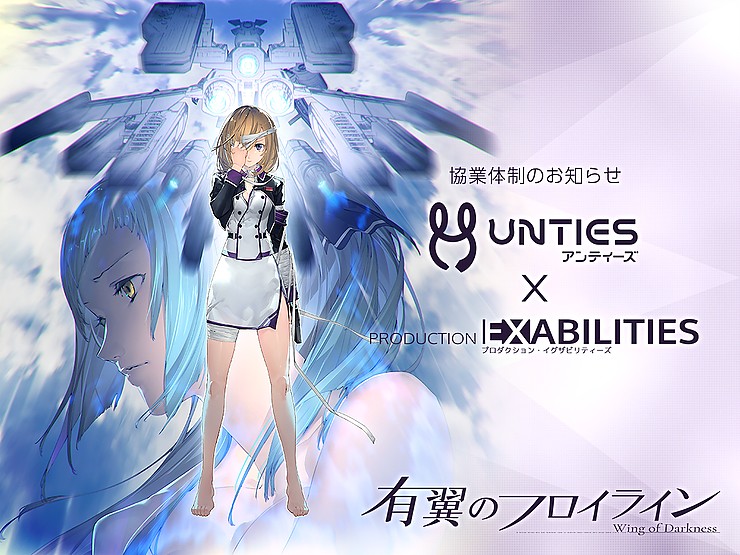 The two busty babes who star in the game are Klara Ernst and Erika Loerzer, voiced by Kiyono Yasuno and Chihira Mochida, respectively.

The heroine duo anchor the game’s story while also giving gamers some nice fan-service to latch onto. Unlike Western-made media where the two girls would have likely been butch looking lesbians, Exabilities took time to ensure that Klara and Erika are feminine and sexy, with curvaceous bodies and large bosoms. This is something completely missing from Western games and a welcome addition to Wing of Darkness.

Since the game is being published by Sony Music Entertainment it’s obviously coming to the PS4, but as Gematsu points out Wing of Darkness is also scheduled to make an appearance on PC as well. You can look for it to launch as some point in late 2019, and you can keep track of the development progress by visiting the official website.