If you think that Marvel is the only one slamming on the accelerator of Social Justice propaganda, think again. DC is right next to Marvel when it comes to shoving that kind of agitprop into the face of…everyone.

As reported by ScreenRant, Season 3, Episode 20 of Young Justice: Outsiders made the new Aquaman, Kaldur, gay. And not just gay… he’s in an interracial gay relationship. In the cartoon he started off straight, like his comic counterpart, but was later made gay.

But the degeneracy of children’s media doesn’t end there. DC took things a step further by race-swapping the original Halo and making her a “genderqueer”, bisexual, Muslim version of the character. I kid you not. 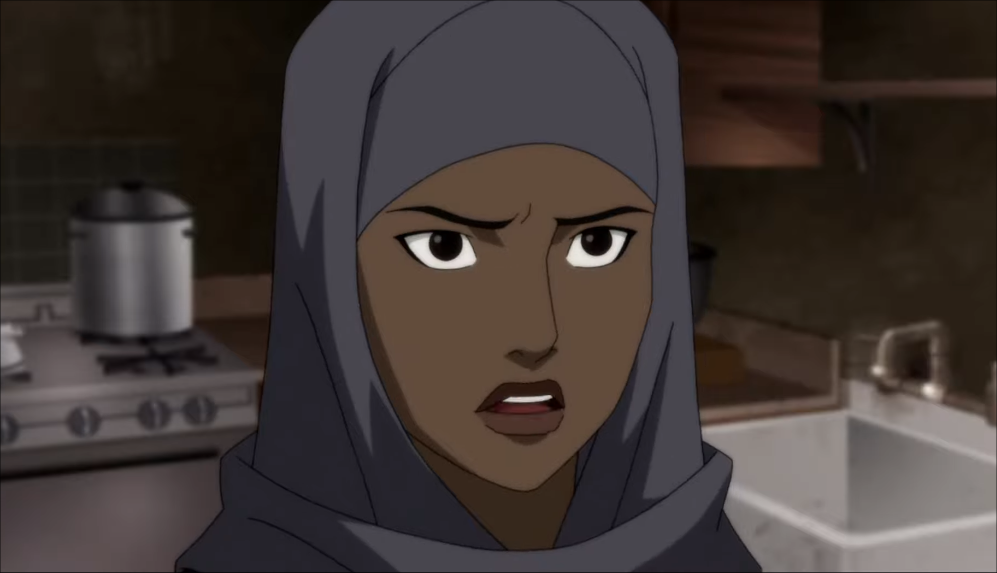 ScreenRant was also quick to report on the character Gabrielle Daou – who goes by the super hero name of Halo – being “genderqueer”.

“Halo explains to the rest of the team that they have been coming to terms with her new identity in the wake of the revelation that their soul came from an alien machine and that they have realized that “despite my outward appearance, I do not know that I am a girl or a boy, as Earth languages define the words.” When Geo-Force, who is in a romantic relationship with Halo, expressed his confusion, asking if the fact that Halo’s soul came from a Motherbox denotes a feminine nature, Halo explains that “Motherbox” is an English approximation of the New God word for what they were. Halo says there’s no real way to explain it beyond saying that whatever they are now; they are “just me.” This is more than good enough for Geo-Force, who squeezes Halo’s hand all the tighter when they ask him if it’s okay that they’re not sure if they are a woman or not.”

The Wiki page for Halo is a lot less subtle about it, labeling the character as a “bisexual Muslim” in the character traits list. She now wears a hijab during her super hero activities, all while being queer about it.

For comparison’s sake, you can see how the original character used to look before the race swap. 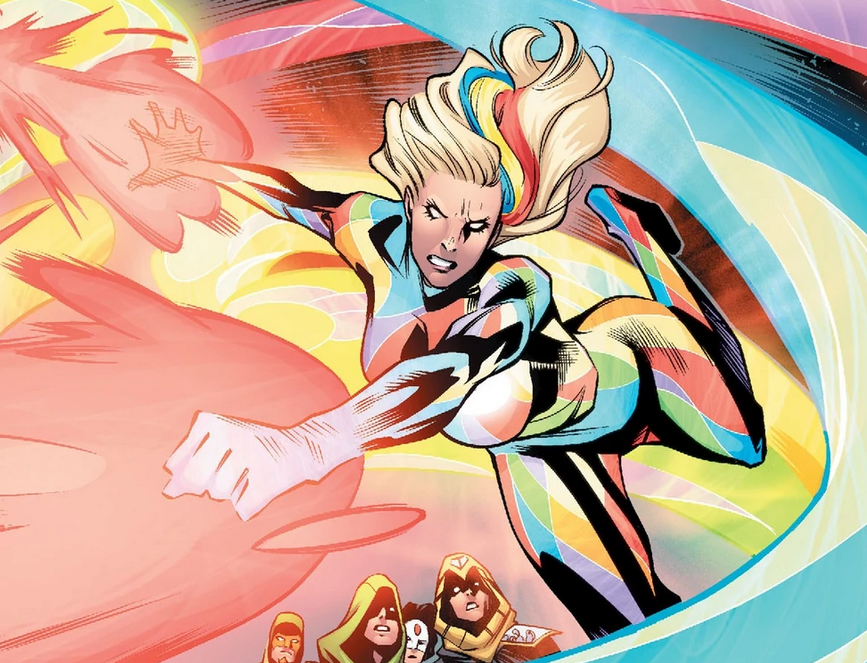 This is more big corps trying to convince kids you can be bisexual, “genderqueer” (whatever the heck that monstrosity is supposed to be), and Muslim and not get stoned to death in a caliphate. Apparently DC Comics isn’t aware of what happens when you introduce the LGBTQIA+ soup to the social order menu of Sharia Law. I’m sure someone will inform the DC execs about the Liveleak videos of the NSFL aftermath.

Anyway, this is just more of your favorite comic book and cartoon hobby being taken over by Left-wing propaganda. Expect stiff opposition from those who want to see your kids experimenting with gay culture because they think it’s cool after seeing some of their favorite super heroes lock lips in a popular cartoon.

(Thanks for the news tip Tristen and msd)