Amazon is turning Robert Jordan’s Wheel of Time into a series, and casting may have just started but it’s already been compromised with race-swaps. After announcing that Rosamund Pike would be assuming the role of Moraine, we learned that three more actors have been cast for the series as well, including Marcus Rutherford as Perrin, Zoë Robins as Nynaeve, and Madeleine Madden as Egwene Al’Vere. All three of the characters have been race swapped.

The showrunner for Wheel of Time, Rafe Judkins, virtue signaled the casting on Twitter for the three hires, using Left-wing propagandist locution to describe the characters and his feelings, easily letting people know that the show will be subversive.

This man walked into the room, read a scene that made every single person watching cry, and walked out. We all looked at each other and said “He is Perrin.” Glad you’re all getting to meet him now too 🙂 https://t.co/WAacvKwj4A

We had the pick of the world on these cast members. Sent about two dozen Nynaeve tapes to the writers’ room to see who everyone liked and every. single. person. had one response — “Zoe”. I am already stanning her if that’s how you use that word. #twitterafficianado https://t.co/WilM7Fygez

I’m glad you all finally get to meet Egwene. She is the character in the books I often identify with most and Maddy makes her even more than the woman I admired reading for all those years. These five are the most incredible talents and I am honored to be able to work with them. https://t.co/k2QXuZaLs9

Now the books didn’t get into explaining the racial makeup of the characters. For instance, Nynaeve only had her eyes and hair color accentuated, the same with characters like Perrin.

However, Bounding Into Comics pointed out that official artwork was made available for Wheel of Time, which you can view over on Ariel Burgess’ website. It’s quite obvious that the three characters mentioned above were depicted as white, the same as the Dynamite Entertainment comic book series that was made.

In the official art, the characters look nothing like the actors that were cast for the roles. 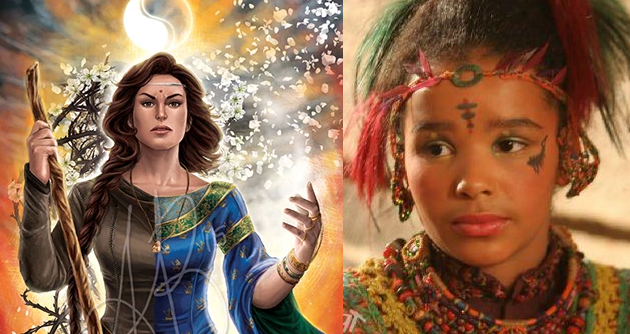 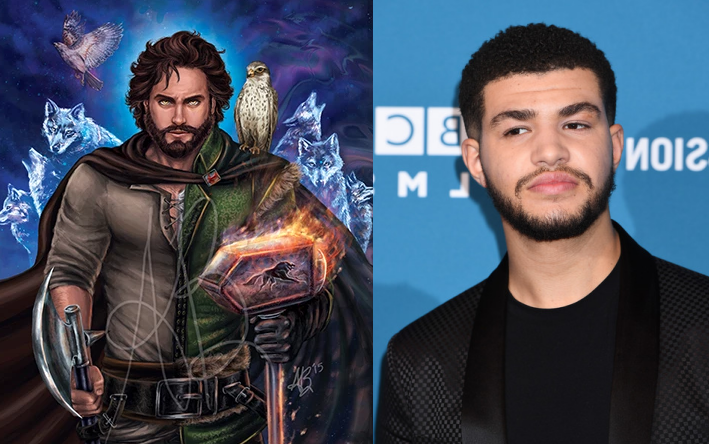 The whole thing seems to have started off on the wrong foot with abysmal casting choices.

As is usual, expect media outlets to go on the defense for the blackwashing of these characters – many of whom were supposed to be white, according to the dream casting that Robert Jordan listed for the characters, as detailed in a Tumblr blog [backup]. 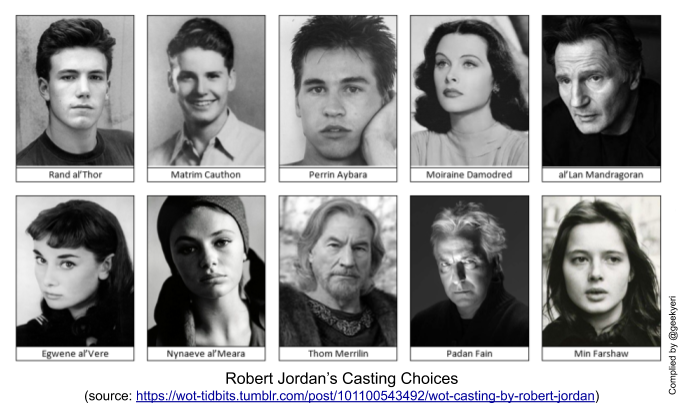 Basically, all the evidence shows that these three characters are supposed to be, unequivocally white. Yet they’ve all been race-swapped with dark skinned people. Heck, Winter Is Coming is already running to the defense of the race-swapped characters and trying to assuage fans from being up in arms about the poor casting decisions.

We’ve seen an identical measure of cultural erasure take place with Netflix’s adaptation of The Witcher, where key characters – including a redheaded Triss Merigold – were replaced with black actors. Basically the entire production is all about tainting a Polish national treasure with divisiveness and propaganda.

Your culture is now theirs; and they’re reshaping it into a grotesque, misshapen, and disgusting totem of debauchery, hewn out of hatred and racism.