Gust and Koei Tecmo’s Atelier Rorona: The Alchemist of Arland originally came out for the PS3 back in 2009. The game was later ported to the PS Vita some four years later, and then plopped onto the Nintendo 3DS a year after that. In 2018, however, Koei Tecmo decided to cash in on the popularity of the niche series with an outing on the PS4, Nintendo Switch, and on Steam for PC during the Christmas season. Now we all know what happens when games land on PC, right? That’s right… they sometimes catch the fancy of modders, and pique the interest of peak perverts. Well, all of those augur the outcome of potential nude mods for gamers, and that’s pretty much what happened with Atelier Rorona.

The fine folks at the Undertow.club got to work on the game, finding ways to tweak, fix, break, and weave their own creative touch onto Gust’s work, and in one particular instance, modder sakurita found a convenient way to play through the game where all of the female characters run around in just their panties; no skirts.

Simply download the 7z file from the Undertow.club thread. 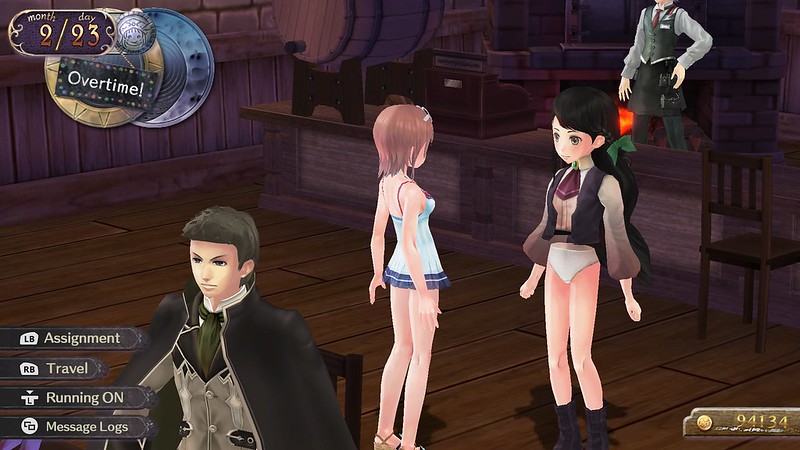 Extract the contents, which includes the 3DMigoto software that you’ll need to extract in the main folder of Atelier Rorona, and then boot up the game, and you should find that many of the female characters now no longer wear skirts, giving you quite the full-on display of lots of panty shots.

It’s not quite as stimulating as a full-on nude mod, but at least steps are being made to get there.

If you already own the game you can slap on the mod right now. Alternatively, you acquire the game right now for home consoles and PC if you don’t already own it. However, only the glorious PC Master Race are capable of making use of the mods, which means you’ll have to pick up a copy from the Steam store to truly reap the benefits.