Koei Tecmo and Team Ninja released a new trailer for the Summer Breeze Collection DLC pack for Dead or Alive 6, which features 15 new costumes for some of the female fighters. The clothes, however, are all long skirts that come down to or past the knees. The only highlight is that you get quite a few upskirt shots as they kick, jump, flip, and grab their opponents.

The trailer clocks in at just barely a minute and a half, featuring the various outfits for the girls, which is part of the August DLC roll-out for Dead or Alive 6. The Summer Breeze Collection is available right now for PC, PS4, and Xbox One. These costumes also aren’t available for Kula Diamond or Mai Shiranui.

You can check out the trailer below to take a gander at the summer dress collection for the flailing 3D fighter.

I’m sure there are a bunch of Catholic moms who are rosy-cheeked with glee from how wholesome and pure this DLC collection is.

Who in their right mind even thought to green light this DLC pack for the game? A bunch of grandma-dresses for young, hot, 3D characters? What was going through the mind of the DLC director to come up with this costume pack? 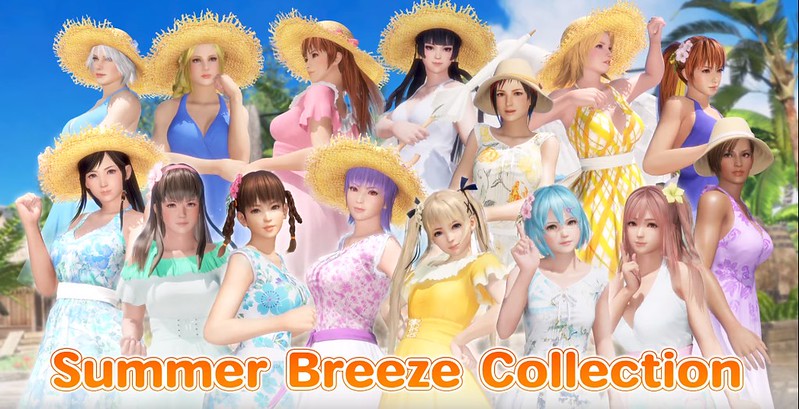 Many fans were in the comment section, expressing their discontent with the fully covered up pugilists, sporting, the ruffles and furbelow trimmings along the puritan-made, pastel-colored summer-wear that would make most teenage girls scoff in disgust and most men turn away in shame.

The comments were no less unkind over on the Koei Tecmo Twitter account where the announcement about the availability of the DLC was made. Most people pointed out that the clothes were about as tacky as a bingo hall get together for retired senior citizens who used to work for the polyester printing company.

Elegant? Those night gowns are unflattering and tacky. And you are charging us all this money just to split up packs into 2. People are you all this dense to not see what they are doing?

Please stop with the generic and boring costumes…..

We need different outfits for each character, it seems that you do not read the comments. These dresses are the same, only changed the prints, only changes the color of one dress to the other. 😠😡😢 @TeamNINJAStudio @koeitecmogames #DeadorAlive6 #DOA6 @koeitecmoeurope 🤦🤦🤷🤷

Oh God these are hideous 😭I’m not really surprised tho. That’s what happens when people are lazy🤭

Did you even try? These are extremely lazy. Next 🙄

What a lazy, horrible DLC! 😅 Damn, nothing but the same outfit for every girl just a different color! What a waste of money! Team Ninja! You guys are whack for this! I feel bad for the suckers that purchase the season passes!

I cant be disappointed, if I have no expectations. pic.twitter.com/H6lvsYoGVT

I doubt this lazy pack of grandma’s moth-ridden dresses from the 1950s will do much to spur interest back into Dead or Alive 6.

The game had its legs cut out from underneath it when it was constantly promoted as being less sexy than previous entries, which hurt its initial sales out of the gate. It’s done nothing but struggle ever since, with the game barely maintaining 200 concurrent players a day, as noted on the Steam Charts. 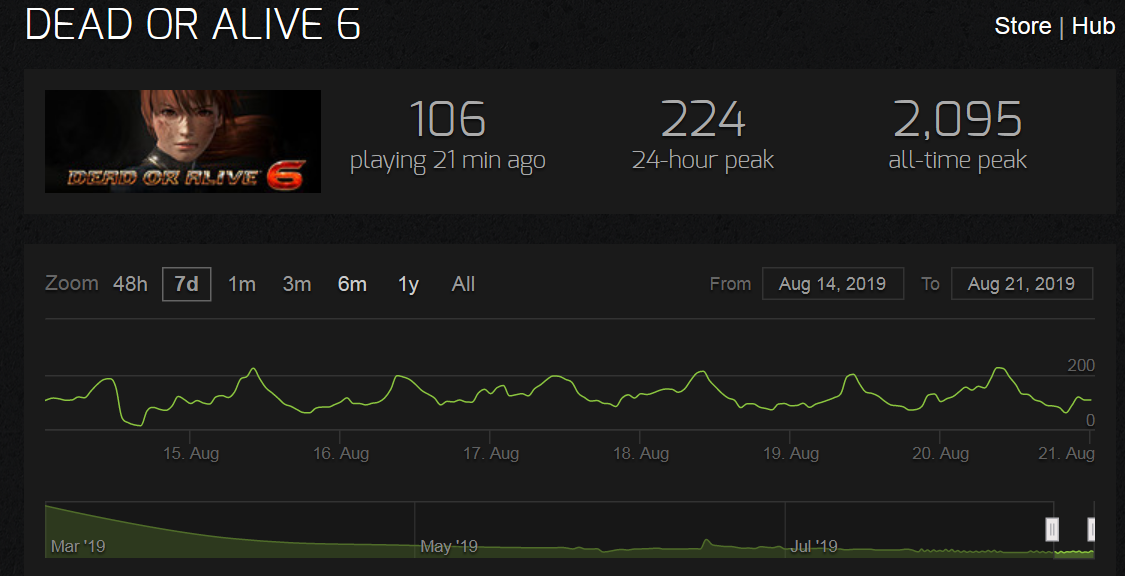 By contrast, Dead or Alive Xtreme Venus Vacation seems to have a bustling community at its heart, with plenty of gamers dumping money into the gacha game in order to get their hands on the buxom beauties and the nose-bleed inducing bikinis that Koei have released for the game. You can clearly see which one is doing better via the Steam Chart graph below. 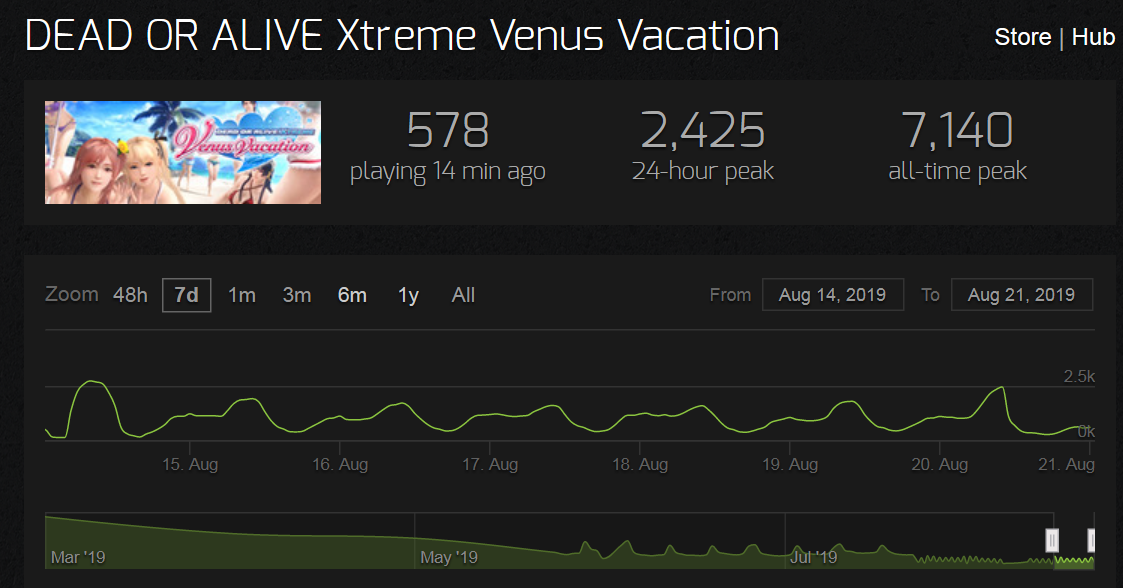 Anyway, Dead or Alive 6 is available right now on Steam for PC, on PS4, and Xbox One. The Summer Breeze Collection is the second of four DLC packs part of the Season Pass 2 roll out. The next pack is set to arrive in the first half of September along with a new character, while the second pack is set to arrive in the latter half of September. In addition to the Summer Breeze Collection being available, the Seaside Eden swimsuits are also available right now as well.