*Writer’s note: This article was originally written many years ago but I felt it needed to be seen by a larger audience so I have removed it from my personal blog and put it up here. Despite its age I it holds up pretty well as the arguments against violent video games never change. Only the people spouting them do.*

As always, members of the media and the government are attacking the video game industry, despite not having a national tragedy to thrust the latest battle in the war on video games into the public spotlight. In the past, CNN reported that President Obama was looking into the link between violent games and violent children. A link that obviously was not established since we have not heard a single thing about it. The look into violent games was the government’s knee jerk reaction to the tragic Sandy Hook situation. Once again the blame is being shifted from parental and community responsibility to the various entertainment industries. Years ago, comic books were turning us into delinquents and anarchist. When D & D was popular it ushered in the new wave of Satanist Cults. We all remember how Rock and Roll caused an entire generation to become drug addicts, right? Sarcasm aside, violent games do not create violent children. Don’t believe me? Well, let’s take a look at some of the common arguments that violent games cause violent children and try to once and for all debunk this foolish way of thinking. 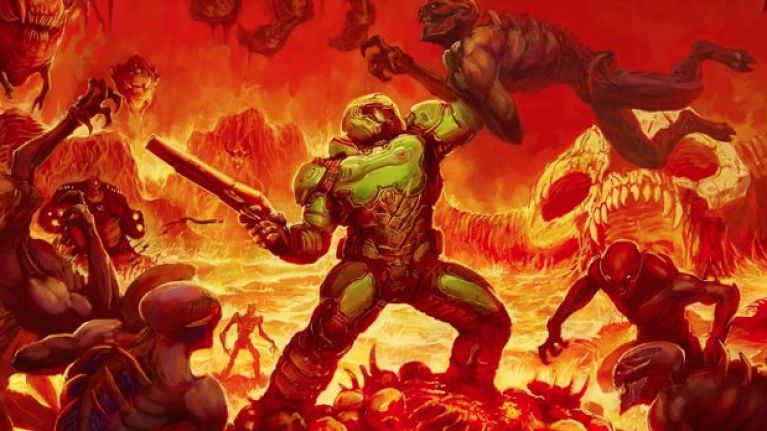 Argument #1: Violent games cause kids to get into more trouble.
It has been proven that those gamers attracted to violent games have shown a higher prevalence to violence while gamers who have no interest in conflict, simulated or real, don’t play violent games. This predisposition towards violence skews the juvenile criminal statistics the media trots out to show a correlation between violence and games. Quite frankly, with or without video games these children and young adults would likely get into trouble. It’s easy to look at the Columbine tragedy and say it was done due to the pair’s love of Doom, but it is also ridiculous. If they loved apples would we blame violence on apples? They liked leather jackets. Perhaps we should stop selling those? Doom didn’t make them commit a crime: a lack of parental supervision combined with the complete obliviousness to their repeated bullying by others led to it. If violent games were responsible for children turning violent, then juvenile detention centers would have quadrupled after the introduction of the modern first person shooter. However, it actually seems like the amount of juvenile crime has gone down, as those children who would be on the street causing trouble are now indoors playing Call of Duty. 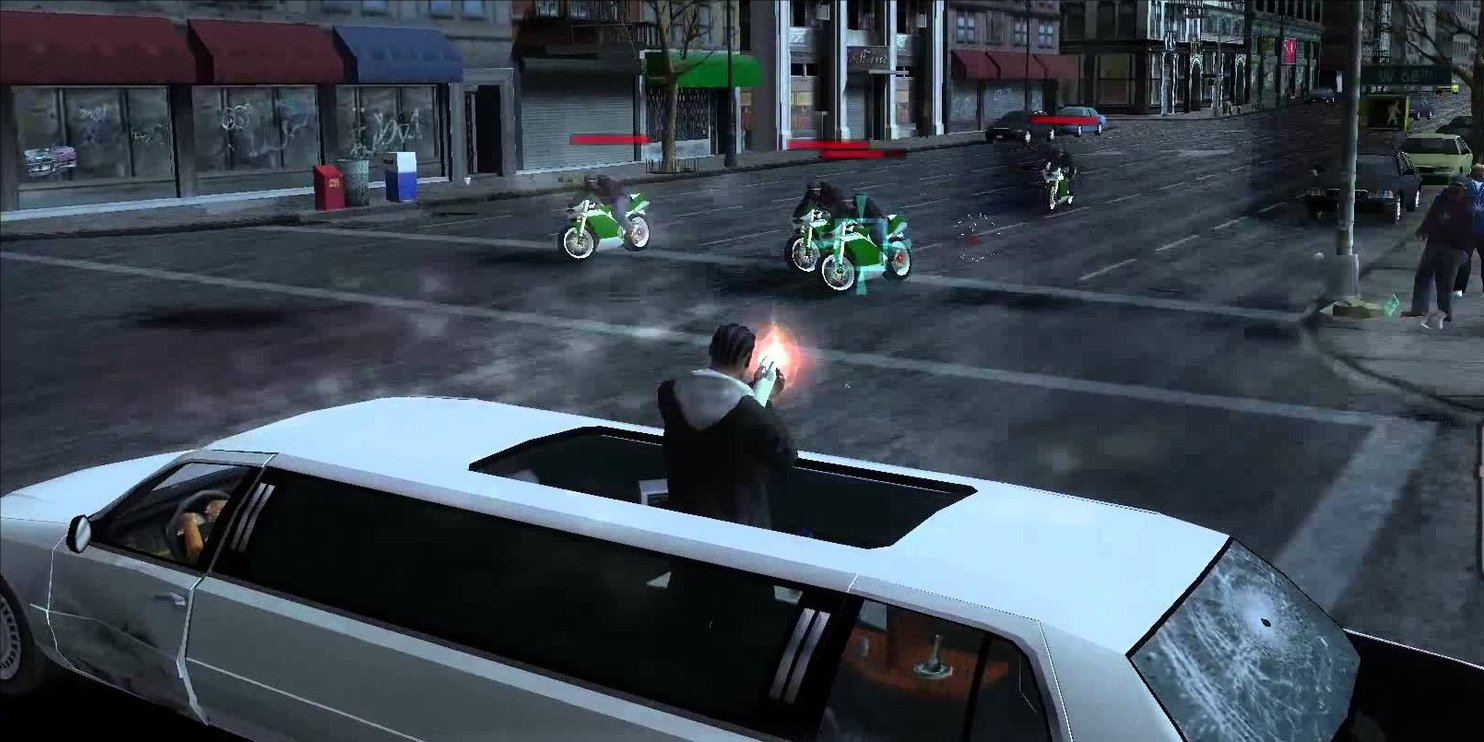 Argument #2: Violent games cause kids to get involved in more serious trouble.
Some people will concede that the amount of crime caused by children has not increased, but the serious nature of those crimes being committed has escalated. With things like the Sandy Hook Tragedy and the Columbine shootings it is obvious that the serious nature of the crimes committed by children have escalated since the introduction of violent video games. In fact, the school shootings in Franklin County, Plain Dealing, Austin, and Chicago would lend credence to this argument if not for the fact that these school shootings all occurred before the introduction of video games. As long as guns have existed, someone somewhere has used one to commit a crime. Another thing one has to consider is the rise of video games has happened almost simultaneously as the rise of drugs leading to a number of gangs to recruit young children to do their dirty work and in no way those serious crimes were caused by video games. This won’t stop the anti-video game advocates from lumping those serious crimes into their data to show how video games cause children to commit serious crimes. 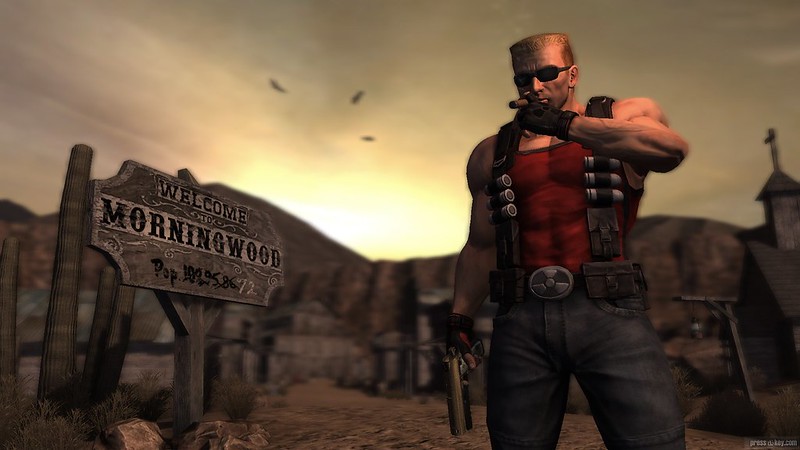 Argument #3: Violent games train kids how to kill.
Holding a controller or using a keyboard is nothing like holding a real gun. Anyone who would tell you that a Nintendo Zapper is the equivalent to a pistol is just plain crazy and most likely has never held a real gun. Claiming games like Duke Nukem train kids to kill makes about as much sense as saying Madden ’16 teaches me how to play football at a professional level. The idea that playing Football Manager could make me a world class soccer player is ridiculousness, yet FPS games turning kids into trained assassins somehow seems plausible to these anti-violent game nuts? The fact is games do not train people to do anything but play the game. If games did train children to become killers I am sure the various criminal empires around the world would be recruiting at the local FPS tournaments, but since we have never heard of that then I can assume this is a completely made up and ridiculous argument. 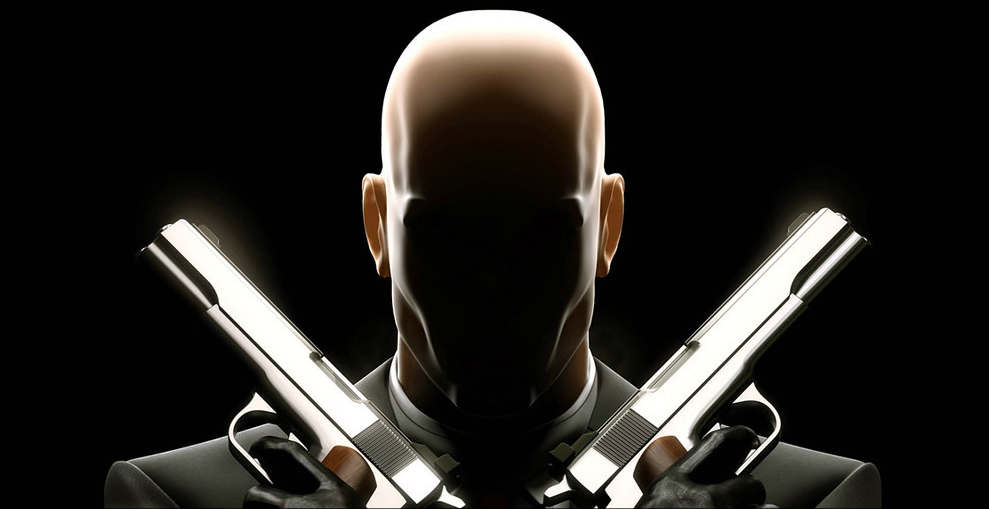 Argument #4: Violent games teach children murder is super awesome.
Never have I played an ESRB rated game that said murder is super awesome or even morally acceptable. Murder is treated in games just as it is in real life: murder is a crime. In the few games that actually feature murder, not a single one presents it as a thing that is normal or acceptable to do. In GTA games you kill a lot of people, but you play a criminal who is a bad person. The police go after you if you commit murder because it is wrong in the game just like in real life. Games like Hitman, which has it’s central game mechanic as murder, penalize the player for killing innocent NPCs. Other games like Splinter Cell go out of their way to make the game severely harder if they choose to murder or outright fail the player and make them restart the level. Games never teach children that murder is good despite what Jack Thompson would tell you. 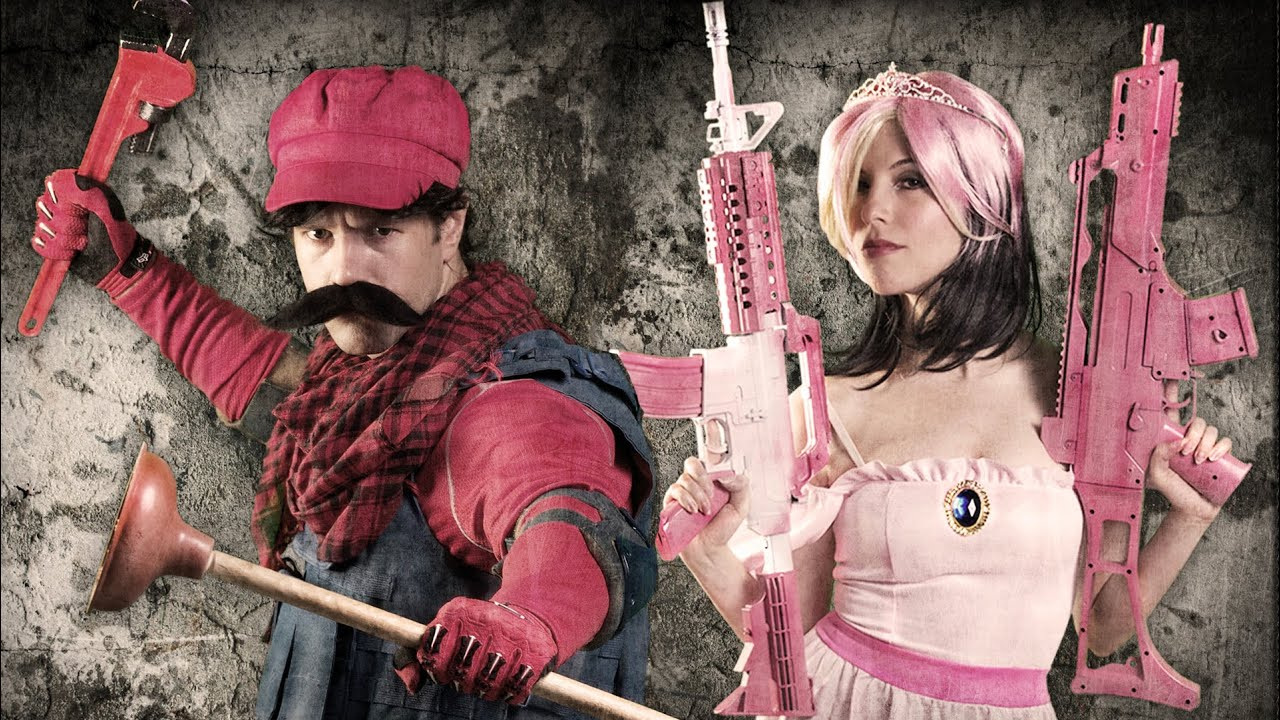 Argument #5: Violent games are too realistic, making kids forget they are no longer in the game.
Where do I begin with this one? Children who can’t separate fantasy from reality have deeper problems than I can even comprehend. Normal children, however, never mistake a game for real life. Kids don’t run around jumping their fist into bricks because they play too much Super Mario Bros. Teens don’t go to therapy because they believe a higher power is controlling them via a hovering green diamond after a long session of playing The Sims. Kids don’t break into people’s homes, smashing pots in hopes of finding money because Link does it in Zelda games. Not a single child has broke their fist trying to punch a tree into a cube of wood.. Yet there are media figures who would have you believe FPS players can’t stop shooting people after playing Call of Duty or the new Doom game. This is just another ridiculous statement that falls completely apart when anyone with common sense actually looks closely at it. 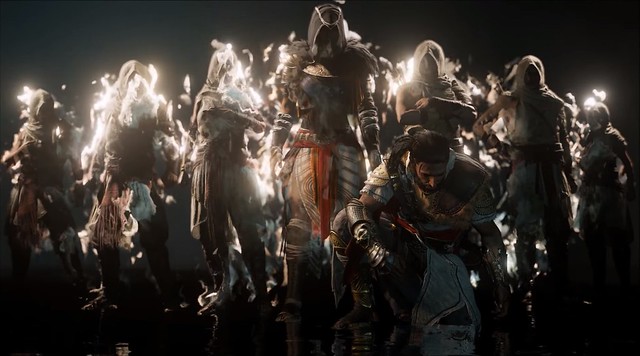 Argument #6: Violent games are nothing more than murder simulators.
I guess this is true, if you remove the story and context of the games. In truth, violent games teach children many skills despite their reputation. Games like Team Fortress 2 teaches teamwork and communication skills. Playing Assassin’s Creed or Star Craft 2 teaches children problem solving. War games often have historical context and teaches bits of history, enticing kids to learn more on their own. Aside from these less obvious things, violent games teach hand eye coordination, improves reflexes, offers opportunities for strategic planning with teammates, and teaches children the consequences of violence. Another thing violent games does is open up an opportunity for children and parents to discuss various topics, including murder, war, crime, and general socially acceptable behavior.. The problem is parents don’t take these opportunities. Instead, they think video games and TV are appropriate baby sitters and child rearing machines, alleviating them of any responsibility.

In conclusion, violent games may in fact be violent, but they provide many social skills children need to survive in today’s world. Playing Manhunt won’t make your child a killer just like playing MLB The Show won’t make them the next Babe Ruth. Parents are ultimately responsible for their child’s moral education and parking them in front of the TV with a controller won’t relieve you of that obligation. Games may be entertainment, but they are also a tool to foster communication between parents and kids. Talk to them, hug them, tell them you love them, and stop tea bagging them when you beat them at COD.

Tony the Gamer Dad or TonyTGD, has been a gamer since the days of Colecovision and Atarii and a video game journalist since the early 2000's. Having plied his trade over countless websites, online magazines, and his own personal blog he has come to One Angry Gamer to share his unique perspective of both an old school gamer and father to a teenage daughter. Ethical and honest, TonyTGD always gives his own opinion on games, despite how big or small the developers behind it are. Need to get in touch? Feel free to use the contact page