The good part about competition is that it forces everyone to raise their game and step up their offerings. Elite Dangerous and Star Citizen are both frequently adding new content to the games so that players have something bigger, newer, and better to looking forward to with each new release. Star Citizen is introducing capital ships to its alpha, and Elite Dangerous has responded by introducing fleet carriers.

During this year’s GamesCom event in Cologne, Germany, Frontier Developers released a new trailer indicating that players will be able to take command of their very own fleet carriers come December, 2019 later this year.

The carriers will allow you to house up to 16 ships, meaning you could show up at a firefight and put it to bed real quick with a fully stocked fleet of badass dogfighters. You can check out the trailer below, showcasing some of the ships you can store on the carrier and how you can land and take off from the uniquely designed ship.

The trailer doesn’t give us a full look at the carrier, just glimpses of its massive scale and some of the different ships that you can land on the carrier.

Unlike traditional carriers, you can’t just land the ships on the top and then retrieve them by running out to the landing pad and taking off. Instead, the ships land on the designated pads and then they are brought into the carrier. So it’s not quite the same as the way the capital ships and carriers on Star Citizen work.

Even still, having a carrier option is still better than not having the option at all. 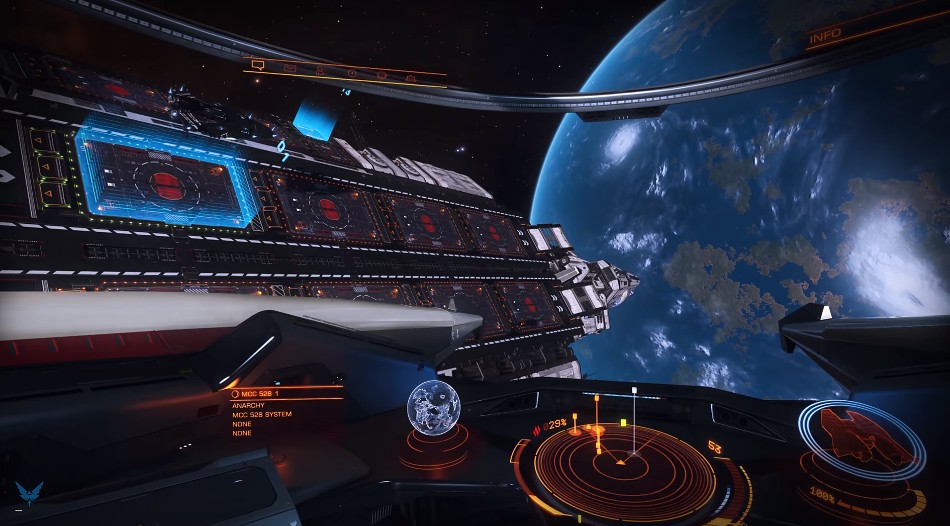 The Elite Dangerous: Commanders update will go live in December. I do wonder if it will be accessible by PS4 and Xbox One owners, though? Capital ships and fleet carriers are not easy on the resources, and they can zap memory faster than the Clintons zapped Epstein out of existence.

In any case, you can keep track of the updates by visiting the official Elite Dangerous website.