Whenever a game featuring fan-service is prepped for release in today’s era, gamers are fearful that it’s going to be censored to the high heavens. This has typically been the case with a variety of games that have launched on the PS4, with Sony’s censorship policies crippling many games to the point where they’re no longer recognizable. Well, thankfully for Gun Gun Pixies, the game won’t be censored in any shape, form, or fashion when it launches on Steam and the Nintendo Switch later this year.

The news comes courtesy of a tweet from PQube on August 19th, 2019, who responded to a user’s inquiry about the upcoming game release, asking if the re-release of the title would see any of its content cut or censored on Switch or Steam. PQube responded by saying that the game would launch without any of its content being altered or removed.

We have not changed the content of the game or removed any visuals.

This is great news because as some of you know, Valve has been banning and selectively enforcing censorship on some games. We’ve cataloged these occurrences via the Waifu Holocaust 2.0 list.

So knowing that the game will launch fully uncut on Steam is great news. However, it did come at somewhat of a cost to PQube.

While the publisher announced that wishlisting is now available on Steam, if you attempt to visit the Steam store page you’ll note that if you aren’t logged in you can’t view the game because it’s labeled as “Adults Only”. 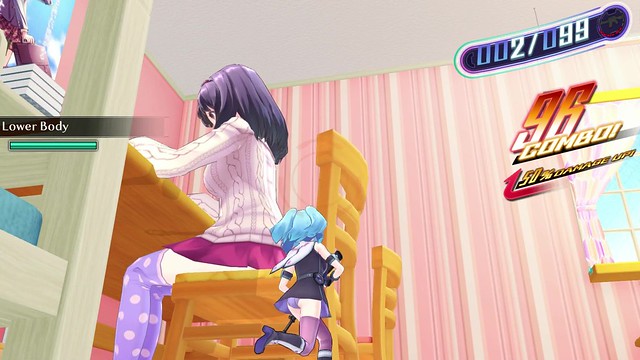 Yes, Gun Gun Pixies is labeled as Adults Only despite the fact that the game doesn’t contain any explicit nudity. In fact, it received a PEGI rating of just 16+ in Europe, so I’m not sure why it was hit with the AO rating on Steam, but it’s better than having any of the content censored, right?

The game itself is a third-person, fan-service shooter with plenty of upskirt shots, hot chicks taking bubble baths, and players getting to glimpse the bodies of plenty of young supple 3D hotties as you blast your way through a number of different stages themed around large scale environments with really tiny pixies.

You can check out the trailer below to get an idea of what the characters and art is like.

Gun Gun Pixies originally came out as a niche title for the PlayStation Vita way back in 2017, just before Sony completely abandoned the little handheld and went on a censorship spree.

Given that the Nintendo Switch has become the home for all manner of lewd and ecchi titles in recent times, PQube decided to wisely make use of the opportunity to port the PS Vita title to PC via Steam and on the Nintendo Switch.

You can currently wishlist the game right now over on the Steam store, assuming you’re signed into your Steam account and have enabled the Adults Only filter so you can view the naughty-time games. Gun Gun Pixies was originally announced for the Switch and Steam way back in March, and it’s scheduled to come out sometime this year for both platforms.

(Thanks for the news tip Delusion Denyal)