More race-swapping, this time it’s DC Comics. Mariko Tamaki and Steve Pugh’s Harley Quinn: Breaking Glass, which is due out in September, has race-swapped Poison Ivy, turning the seductive redhead into a black person with an afro. Yes, the redhead genocide in fiction continues.

The news originally came courtesy of a trailer that DC put out for Tamaki’s new comic, which is only 30 seconds long but reveals that a 15-year-old Harley Quinn, who lives with a drag queen named “Mama”, befriends a black Poison Ivy to fight against mega-corporations gentrifying Gotham.

I wish I was making that up, but I lack the drug-addled mindset to come up with such degeneracy.

If you need to read the official description for yourself, it sits below…

“Harleen is a tough, outspoken, rebellious kid who lives in a ramshackle apartment above a karaoke cabaret owned by a drag queen named MAMA. Ever since Harleen’s parents split, MAMA has been her only family. When the cabaret becomes the next victim in the wave of gentrification that’s taking over the neighborhood, Harleen gets mad.

“When Harleen decides to turn her anger into action, she is faced with two choices: join Ivy, who’s campaigning to make the neighborhood a better place to live, or join The Joker, who plans to take down Gotham one corporation at a time.”

If that sounds bad, it actually gets worse. I know, I know… you’re probably thinking, “How can it get worse?!” Well, it does!

YouTuber Nerdette’s Newsstand did a video covering the comic and some of the dialogue, and oh boy is it a doozy.

In one page we see that Quinn and Ivy engage in a conversation while promoting diversity, feminism, and a fight against the patriarchy.

It’s no joke. One the one page Quinn has a thought bubble that reads…

“[…] Ivy said it was time to get feminist. She didn’t say it exactly like that but you get the idea.”

The most egregious part of the page, however, is the stand-in for Antifa, where Ivy attempts to recruit people into a similar group in order to fight the patriarchy, claiming that they wear “gorilla masks” and try to raise awareness about inequality that women suffer. 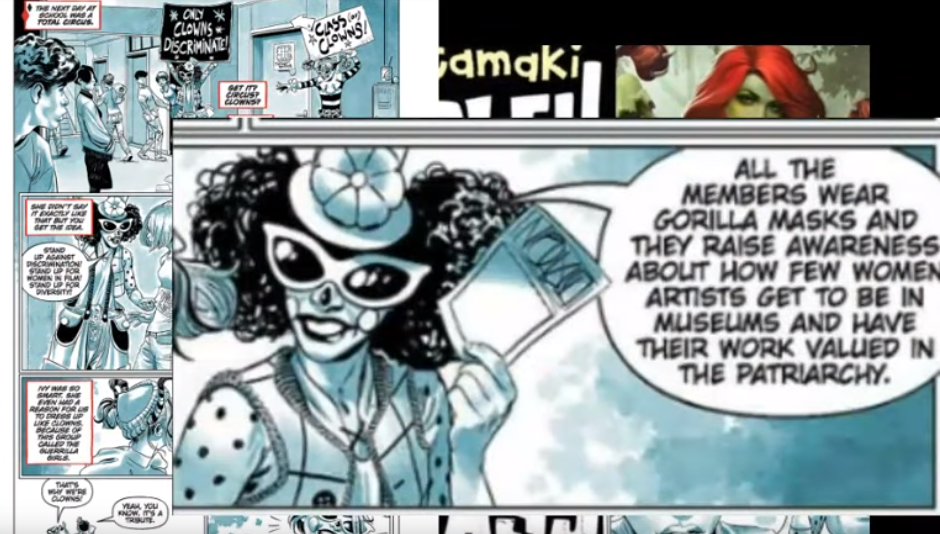 So basically the comic pushes all of the standard Left-wing tropes that they use in their agitprop to brainwash people.

And given that we all know what sort of stories DC is currently telling with Harley, it’s quite obvious that the intended development would be for Harley and Ivy to eventually hook up romantically, thus covering not only the male-bashing, pro-feminist angle but also the interracial lesbian angle, too.

I’m sure there will be plenty of Centrists™ out there who will defend the comic, claiming that race-swapping established characters is fine and that feminism is good, and that there’s nothing wrong with bashing the patriarchy – all of the typical sophist trappings that make them insufferable to engage.

The only point they might have is that this is a separate continuity from the rest of the DC Comics universe. So in a way, it’s good that it’s stuck in its own bubble; a vacuum sealed from infecting the other artists and works under the DC label. Unfortunately, DC is still pushing out-and-out propaganda. It’s not even hidden here.

They’re actively pushing the feminist and diversity nonsense that used to be tucked away in the most degenerate far corners of Tumblr. 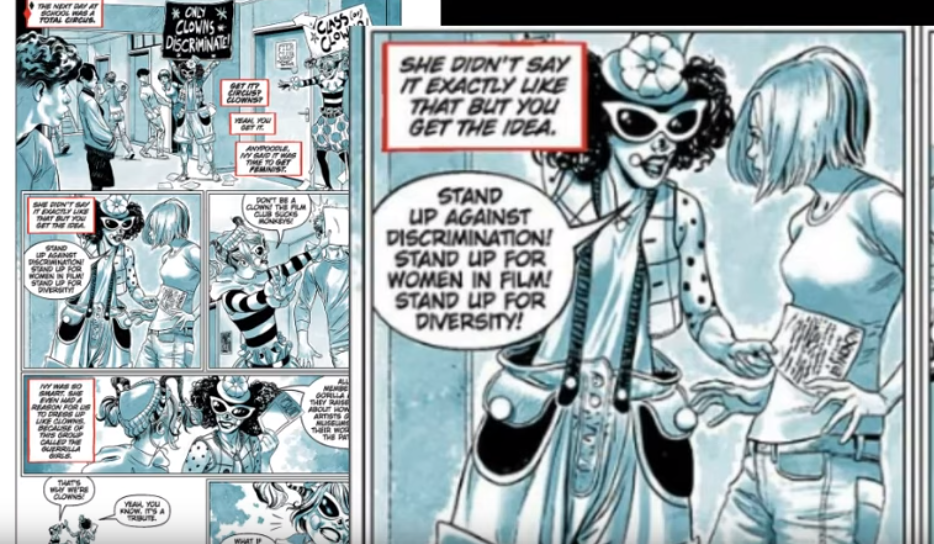 Unfortunately a lot of people will likely end up picking up this comic on September 3rd, not knowing that it’s agitprop. But that seems to be a common failure of today’s society when it comes to major media brands being usurped by Left-wing activists.

(Thanks for the news tip FightSJW/CJWCensorship)