Ghost Games and Electronic Arts rolled out ten minutes of raw gameplay footage for the upcoming Need For Speed: Heat, the latest iteration in the long running series that has more than worn out its welcome.

This urban-themed entry attempts to focus quite heavily on the ghetto culture of Los Angeles, California, obviously at the expense of appealing to the larger consumer demographic out there. This means you see lots of graffiti, hear plenty of rap, and ultimately must suffer under an a maelstrom of degeneracy.

Nevertheless, for the people who are interested in this counter-culture racing title, there are ten minutes worth of racing gameplay you can check out below, courtesy of IGN.

The trailer starts with a look at the grid. This includes a custom Corvette, a Lamborghini, and a Nissan, Porsche, and more.

All of the NPCs taking photos and scouting the cars at the starting line are all minorities, letting you know quite clearly what kind of propaganda the developers are trying to push here.

As far as the racing is concerned, there are some frame drops here and there, with the occasional stutter when the physics start kicking into play, which typically includes slamming into barriers or ramming into barricades.

The environment is quite rich, and once again it’s obvious the Frostbite is muscling through the light rendering like those jail guards muscled up Jeffrey Epstein into a hangman’s position.

The actual physics on the cars are quite floaty. The vehicles get off the starting line with about as much rip-roaring gravitas as a paper airplane on a runway. 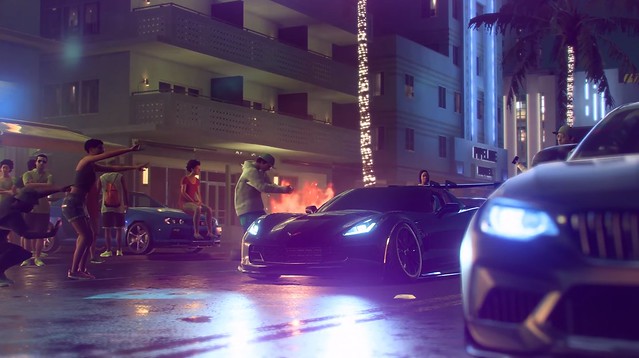 The sound of the vehicles are decent but not great, and the police AI is typical Need For Speed, coming across as crazed terminators rather than police units utilizing tactics to overcome the racers.

There’s also a surprisingly amount of profanity in this entry for some odd reason. I don’t know who they think they’re appealing to with that but the only people who think that’s cool in a racing game are Twitter degenerates.

Anyway, after the first race takes place by the docks, which is a typical three-lap run, the second race takes place at night. It’s a sprint run where players have to get from one area to the next.

Even after the race ends, police will continue to chase players until they get to a safe zone. 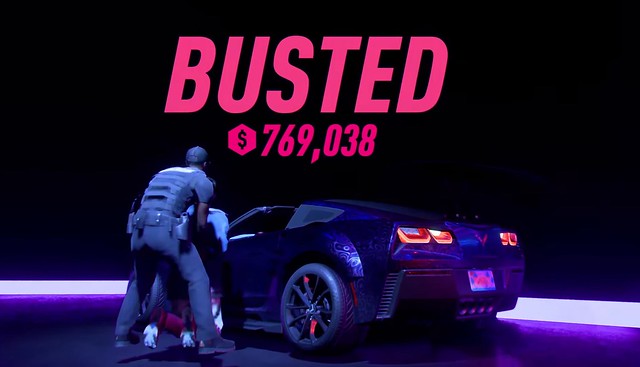 The night races offer you more opportunities to grab some cash, but it also comes with the unfortunate side effect of more aggressive police.

The demo ends when the player gets busted after a rhino rams into them in a game of chicken, just like in Need For Speed: World.

With the player surrounded they eventually give up and get taken in.

The biggest issue here is the lack of vehicular damage. Cars bump, shunt, and scrape one another all throughout the races but there’s nary a scratch on the cars.

It’s impossible for me to feel invested in a racing game with high-end racing machines if there’s no accumulation of damage. It makes it all feel like a pointless fanfaronade of vehicular carnage with little or no payoff.

In Forza Motorsport games you at least try to do your best not to damage the car in order to reduce paying out penalties. But here, if you can just ram-rod everything in sight with no repercussions, then what’s the point?

Anyway, Need For Speed: Heat is due out this November for PC, PS4, and Xbox One.