When Fruitbat Factory and Harukaze’s Steam port of Nora to Oujo to Noraneko Heart — better known in English as The Princess, Stray Cat, and Matters of the Heart, or Noratoto for short —  the game launched gimped. Yes, it contained some fan-service based on the Switch version of the visual novel, but it still lacked the most tantalizing aspect of the game… the H-scenes. Well, there were a lot of gamers who were angry about the missing eroge content, especially when it was discovered that due to licensing issues the H-content was not going to make its way to the Steam version. However, these same gamers decided to put their anger into a productive pipeline and attempt to restore the R18+ content for the Steam version of the game.

Over on the Fuwanovel visual novel forum, fans of the series are working on restoring all of the content that was absent from the English version of the popular visual novel that launched on Steam this past summer, courtesy of Fruitbat Factory and Tokyotoon. So basically, if the restoration project is successful, you would get the full English experience, but with the added H-scenes that were removed for the home console and Steam version of Nora to Oujo to Noraneko Heart. 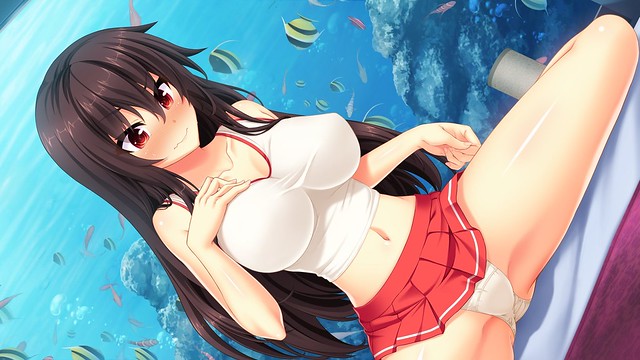 The project originally got underway back in June, when it was first revealed that Fruitbat Factory, Tokyotoon, and Harukaze were unable to publish the R18+ version of the game in English.

Back on July 29th, user Infernoplex informed the community that after surveying the tech and looking into translation process, the community project would be moving forward.

So how far along are they in the restoration of the Steam version of Nora to Oujo to Noraneko Heart (or The Princess, The Stray Cat and Matters of The Heart)? Well… 0%.

But it’s not all bad.

Back on August 3rd, 2019, Infernoplex explained…

“[…] we’re gonna try to fix the censorship done here to the best of our abilities. I’m not promising this is gonna go any better than the way the last project I was involved in went. Worst case scenario, we’re just gonna MTL the H-scenes and dump the patch like that. It’s not an ideal solution, but you could say that the VN got at least uncensored then. What I also can’t promise is when it’s gonna be finished. At the time of writing this, our current progress on the translation is 0%. The only real progress that was made so far was on the tech side of things, for which I can only thank @marcus-beta and @casual_scrub. Their devotion to testing and fixing bugs is unparalleled. I really hope that their efforts won’t go in vain and that we’ll see this through the end, without having to resort to MTL.

“The version of the VN we are making our patch for is the Steam’s censored release. Not the JP release. Praise Marcus for being able to hack the Steam release.”

There’s just over a handful of people dedicated to working on this project, and after running into some problems with one of the translators back in July, they managed to find a replacement.

Before there was a lot of talk about this kind of restoration not being possible due to a change in engines, and some of the framework not being compatible with the old H-scene CGs, but it looks like they’re confident that they can at least undergo the process and that it is technically possible to restore the Steam version to the point where it’s patched and playable with the R18+ content from the original Japanese release that came out way back in 2016.

You would still need the Steam version of Nora to Oujo to Noraneko Heart or The Princess, The Stray Cat, and Matters Of The Heart. You can grab a digital copy of the game from Steam store for $19.99.

We’ll keep you posted on if there’s any significant updates to the restoration patch and when it will be be made available to the general public.