Jast USA and Kagura Games announced that Nitroplus’ Saya No Uta: The Song of Saya has been remastered and will be re-released on August 13th, 2019. The horror-romance visual novel set the world ablaze when Gen Urobuchi’s gory masterpiece released way back in 2003. A decade later the original was properly translated and released on Jast USA, but now a special remastered version has been completed and will be released on Steam in a censored all-ages format while the Jast USA version will be available with full English localization in its uncensored format.

So many of you might be wondering what the purpose of localizing and remastering this game would be? Well, they wanted to offer gamers high-quality, high-definition resolution options for those who wanted to further appreciate the artwork and storytelling, as well as improved language support, and better compatibility for Windows 10 thanks to running on a new and improved game engine.

All of the original illustrations were also re-scanned in at double their original resolution, and all of the text has been updated and polished as well.

The story was one of those harrowing tales that leaves you stunned, shocked, and aghast by the time you reach the end.

It follows university student who receives experimental brain surgery following an accident, which leaves him seeing everything in our world as grotesque and abominable, as if everything is made out of rotted, living flesh.

The only thing that looks normal – nay, even beautiful to him is a young girl named Saya. Her soothing beauty is like a song that envelops the protagonist like a warm blanket on a cold night. However, their requited love isn’t quite what he thinks, and he begins to slip into a stupor of insanity that drives him to the brink of madness. 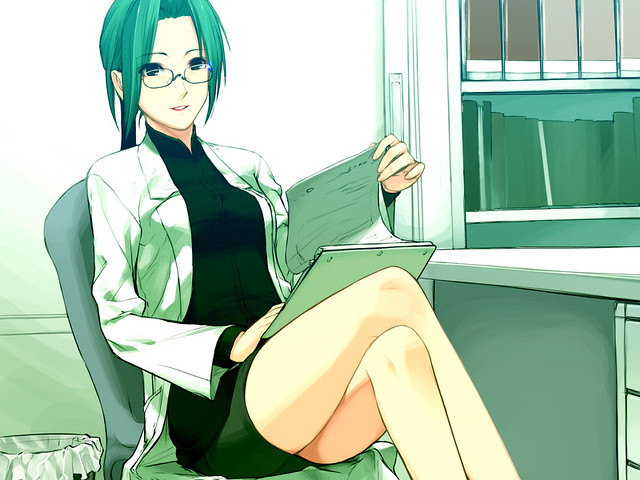 Of course, if you want the true and through version you’ll want to pick up a digital copy come August 13th from the Jast USA store.

If a little bit of horror-humping is too much for you to handle, you can pick up the soy-boy safe version from the Steam store.

There will supposedly be a “steamy” patch for the Steam version once the game is ready to release.

This was obviously done because I’m pretty sure Valve considers Saya to be a loli, even though she’s a heck of a lot more than that. But we all know how Valve is with their rules (or lack thereof). Plus, I’m sure Jast USA and Nitroplus don’t want to see the remastered version of one of the most celebrated horror-romance visual novels end up on the Waifu Holocaust 2.0 list. So it was censorship or bust.