The organizers of EVO may be Left-wing prudes, but the content that the organization represents is almost entirely for the opposite end of the ideological spectrum. A good example of that is Bandai Namco’s sixth DLC outing for Soul Calibur VI featuring a returning Cassandra, whose trailer aired during this year’s EVO and was rife with lots of big ‘ole boobs jiggling everywhere and tons of upskirt shots for the thick-thighed beauty.

The trailer reveals the sparkly eyed, jolly-go-lucky minx laying a beating into her foes using an Owl shield and Omega sword. She fights using a similar style to Sophitia, but it’s a lot more brutish and relies a bit more on her crushing blows with her bombastic body.

Don’t take my word for it, check it out in the trailer below.

Take some time to appreciate the art for Cassandra at the 26 second mark, where not only do you get to see her weapons on display, but also her other fine assets as well.

Notice how the pose is mid-jiggle, where her right boob hasn’t quite settled into place yet, and is still mid-bounce. It’s a superb work of art, capturing the finer aspects of these legendary fighters.

But it’s not just the hand-drawn artwork that tingles the testies; it’s also nearly every aspect of Cassandra’s physical portfolio in Soul Calibur VI. For instance, the trailer opens with her twirling out of the sky, giving gamers a full-on view of her pantyhose, even directly under the skirt itself.

As you can see, she’s wearing a waist-high, full nylon stocking in an opaque-black style that hides the color of her panties. Even still, the microfiber design stays consistent from head to toe, but is still light enough to give gamers an inescapably mouthwatering glimpse at the outline of her high-cut undergarments.

Unfortunately, due to the angle and the lighting, it’s not entirely possible to see how it shapes around the front, but we do see that from the back there’s just enough room free for the cheeks to let us know that Cassandra isn’t into boy shorts. 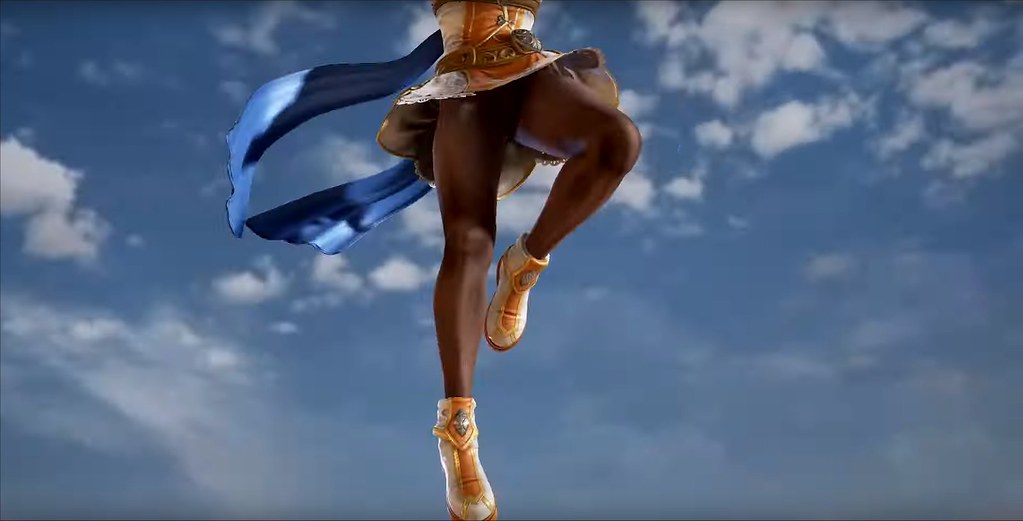 We get a better view of the material near the end of the clip, where Cassandra squats down right in front of the camera, legs closed, but skirt hiked just enough to see underneath.

The microfiber nylon appears to have cross-stitching that makes the threads look thicker on her skin, almost as if it’s a protective layer of clothing.

Even still, it’s all an eye-full and makes it impossible not to stare when she’s on-screen. 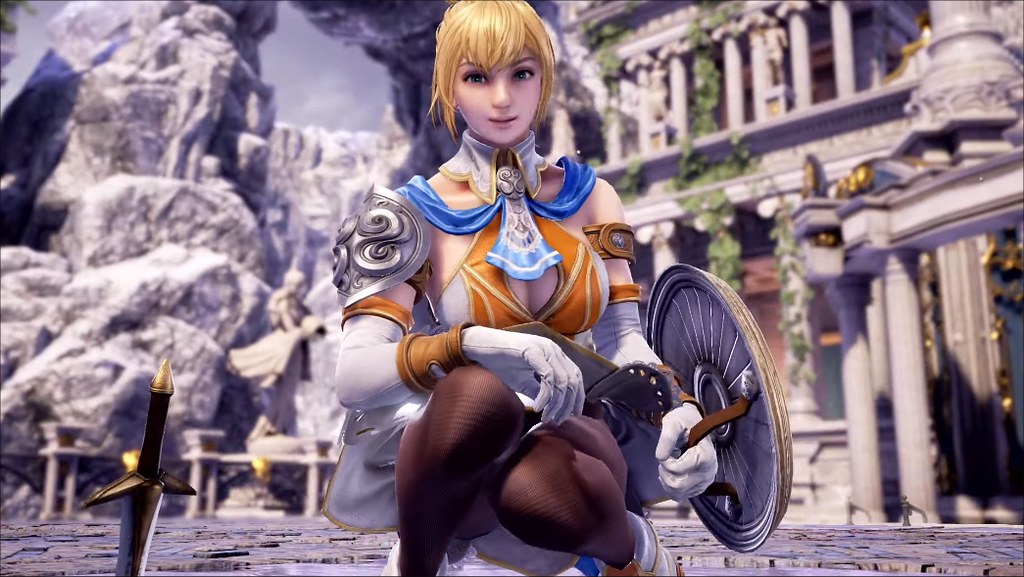 A lot of her attacks also ensure that the skirt flies up often enough, especially when she’s performing that face-sitting smash attack.

I’m sure a few people may have felt their heart skip a few beats when they saw that attack.

The good news is that you won’t have to wait long to get your hands (or at least one of them) on Cassandra, because she’s going to arrive on August 5th, 2019 for the Xbox One, PS4 and PC.

She comes with creation accessories and her very own Soul Chronicle in the story mode.

For more information feel free to visit the official website.

(Thanks for the news tip Allen)