I was originally expecting someone different, but we ended up with the very unappealing Cherry. Most people probably expected Skate or his older brother Adam to return, but that isn’t the case. Heck, even bringing back Max or his son would have been more welcome than another diversity hire. 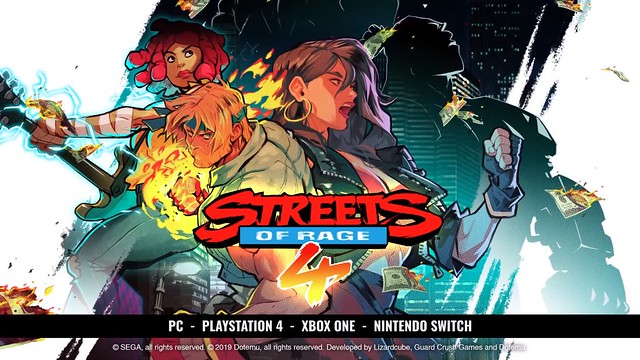 There’s still one more empty silhouette spot available on the character screen, so it’s completely possible that the fourth character might be one of the other aforementioned characters, but I doubt it since we already know the fourth character sports a metal arm, which means it’s likely going to be the return of Dr. Zan, or an all new character.

Either which way, the whole diversity fixation by game developers most certainly did sour the revelation of Cherry via the GamesCom video, netting her reveal a groan and a ”meh” instead of a fist-pump and a “yeah!”

You can see the new character in action below, courtesy of GamersPrey.

The 43 second trailer doesn’t last long, but we see Cherry in action, who carries around a guitar and pummels bad guys with her fists.

It’s hard to tell if she’s supposed to be black or Puerto Rican or Hispanic or what. But given that the developers mostly hail from Paris, a mixing pot of people that have created indistinguishable races, you can basically guess that Cherry isn’t white.

Anyway, she does sport some of Skate’s moves from Streets of Rage 2, but instead of jumping on their back and pummeling them on the head from behind, she puts her cooch in their face and pummels them from the front. 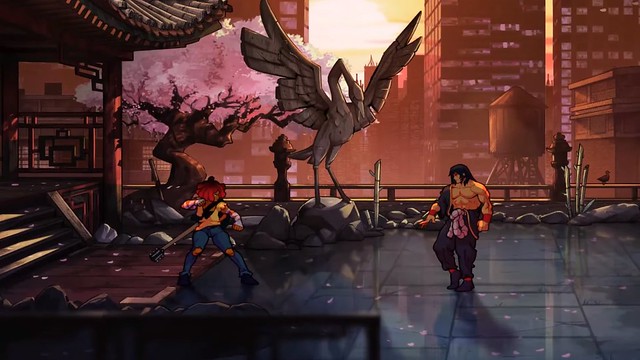 She also has the ability to blast enemies away with an AOE attack using her electric guitar.

A majority of her fighting moves are centered around basic jabs and some knee strikes. So I doubt she’s Brazilian because otherwise they would have given her some form of Jiu Jitsu or Judo. Ultimately her fighting technique is definitely not akin to more traditional martial arts.

While this news may sour most gamers, the good part is that Streets of Rage 4 is scheduled to release on the Xbox One, PS4, PC, and Nintendo Switch. So at the very least you’ll be able to play while on the go.

No release date was set yet but if I had to guess the game is probably either going to land a very late 2019 release or an early 2020 release.

(Thanks for the news tip FightSJW/CJWCensorship)