Lilith and Gremory released new gameplay footage for the mobile version of Action Vs Taimanin, featuring the three main heroines kicking butts instead of taking it in the butt. The new trailer dropped during this year’s Tokyo Game Show where it gave gamers three and a half minutes of raw gameplay footage.

The trailer features the three main playable characters, featuring Asagi, Sakura, and Yukikaze Mizuki taking down the bad guys and unleashing violence on a horde of demons.

Each character has their own moveset, weapons, and even special ability to screen-wipe all the enemies. You can check out the trailer below, which was featured over on the Golden News blog.

Surprisingly enough, the game actually looks like a real game.

The combat animations are very well done. You could very well mistaken this for a Dynasty Warriors game if you only just glanced at it.

The actual combo and fighting animations remind me a lot of the older Ninja Gaiden games from previous generations, just with the obvious touch of distinguishably fetching fan-service.

Speaking of the fan-service, the character models, texture work and lighting are all impeccable. The developers put all the right details in all the right places. 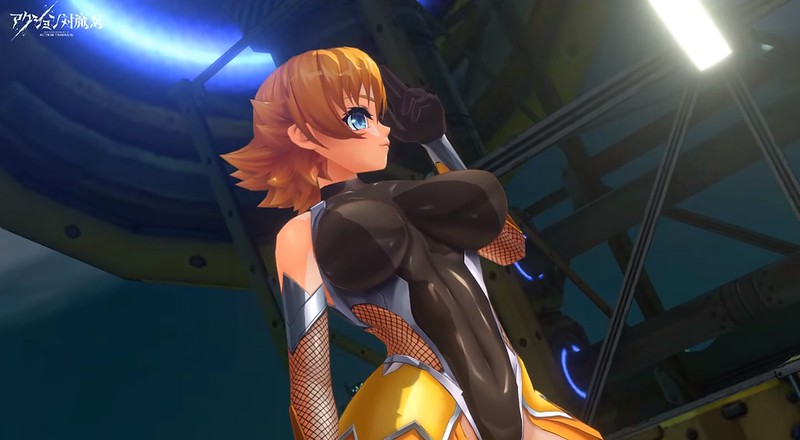 Not only are the characters dressed super sexy, but they have some noticeably awesome boob physics, too.

As you can see in most of the segments, each of the main heroines bounce and jiggle with their large assets.

In one segment we even see that Sakura’s boobs wooble all over the place while performing her special. 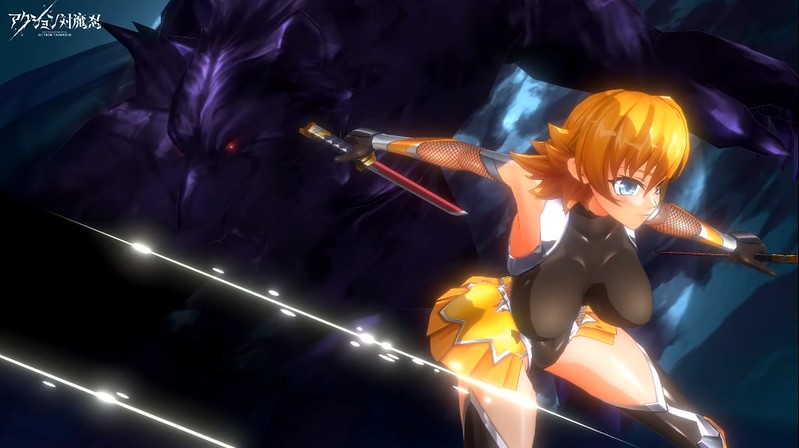 Unfortunately due to the restrictions of the mobile app stores, the characters no longer sport their trademark pokies.

Now if you were hoping for some of those infamous H-scenes that made the series popular in the first place, dream on.

This mobile title is basically designed to be a real game, which is why the mechanics are as high quality as they are and the H-content is nowhere to be seen.

I do wonder if they will eventually port the game to PC and then release an H-patch for it? That would probably be the best way to go. 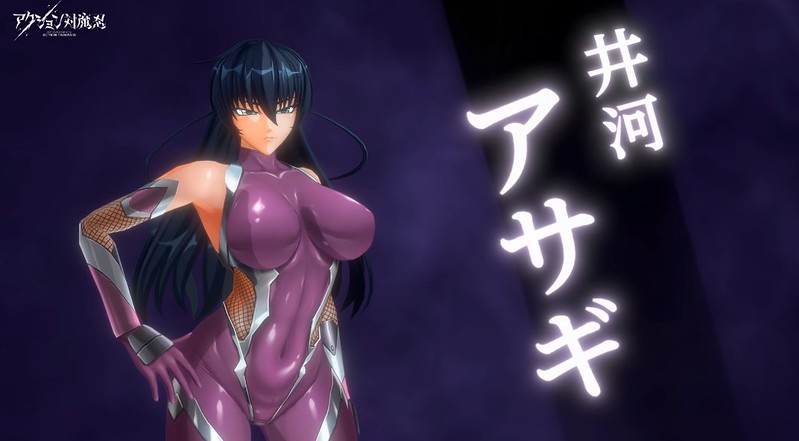 Anyway, this isn’t the first time Lilith’s Taimanin Asagi series received a game outside of the visual novels. There was also a turn-based RPG based on the series as well. I’m pretty sure the brand would have received a notable boost in recognition had the original series launched on Steam this past summer, but those dreams were stomped out when Valve banned Taimanin Asagi from Steam.

Anyway, Action vs Taimanin is set to release at the end of the year. You can keep track of the game’s development by visiting the official Action Vs Taimanin website leading up to the game’s release.

(Thanks for the news tip Fate_warrior95)