Shanghai Manjuu and Xiamen Yongshi’s Azur Lane seems to constantly come under scrutiny for potential cases of censorship. Back in February there was a scare about the English version censoring the panty shots during the loading screen. Before that, there was the issue of the New Year’s skins getting censored in the Japanese version of the game, and now there appears to be a case of censorship – albeit minor – relating to the license plate on Bache’s motorcycle getting censored.

Gamers spotted the change with the new Bache skin, where the loli is in a bikini top and short shorts on a motorcycle. While most people might be mesmerized by the cheek-peeks spilling out of the bottom half of the shorts, a few gamers were able to tear themselves away from the cheesecake pose to notice something slightly adrift between the original image and the updated image.

Twitter user SenSen_93 posted the images for comparison sake, noting that in the original Bache’s motorcycle license plate had 617CH on it, which is a numeronym that means “bitch”.

So, Bache’s skin in JP+EN has the license plate say “61700” instead of “617CH” from the Chinese version.
Interesting… pic.twitter.com/Cm0ZasASLn

Some users wondered if it was just an update for the Japanese and English version of the game or if all versions of the game had been censored.

It turns out all versions have been censored. 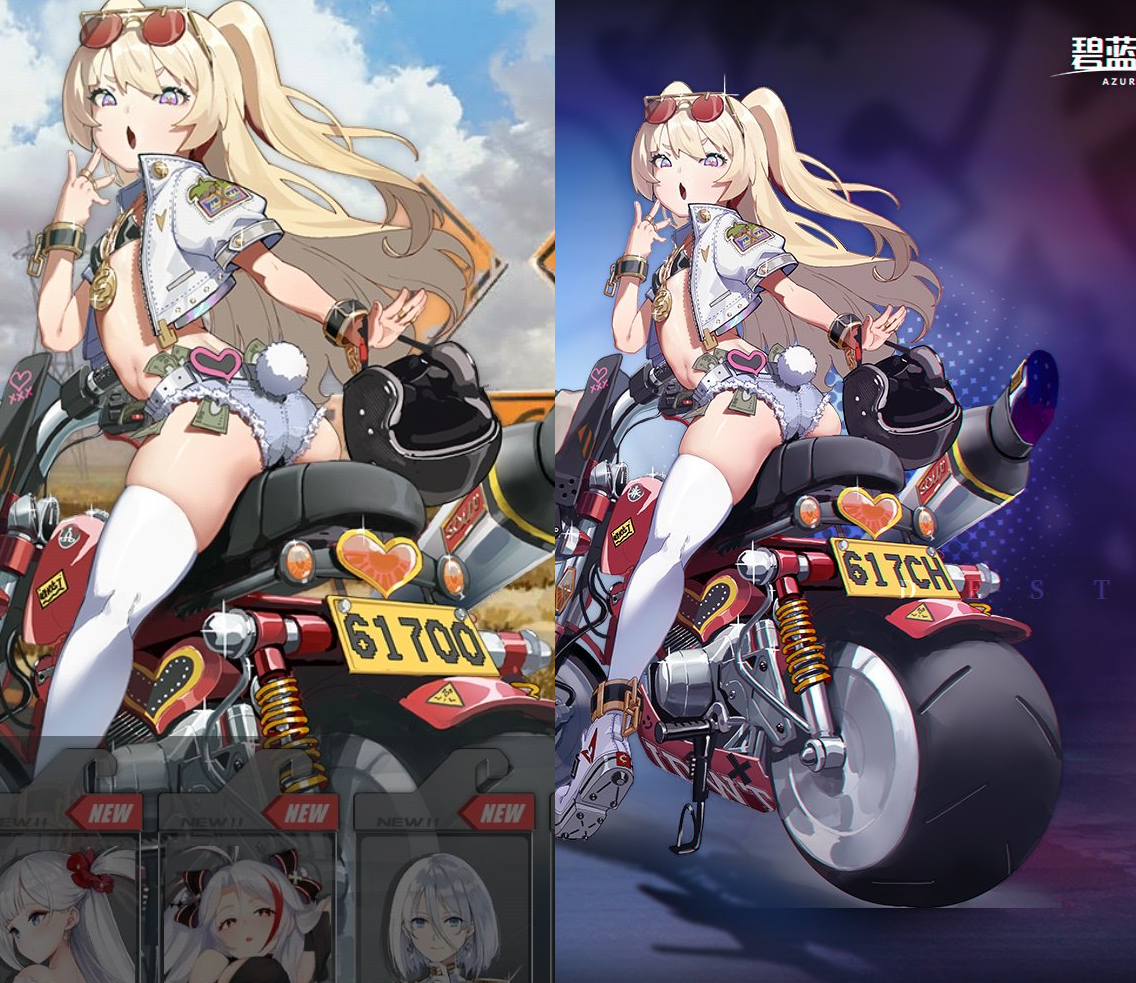 You can see in the original promotional art for Bache’s Yamaha-inspired skin the license plate has 617CH, but in the actual game it’s been altered to 61700. 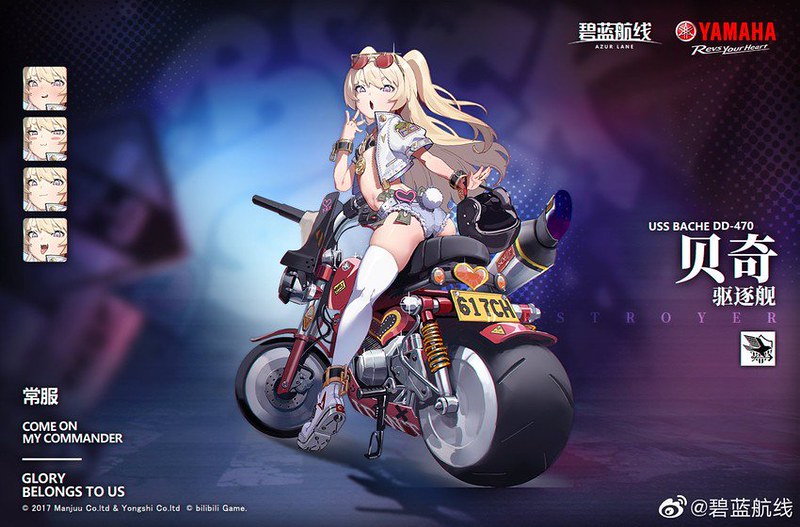 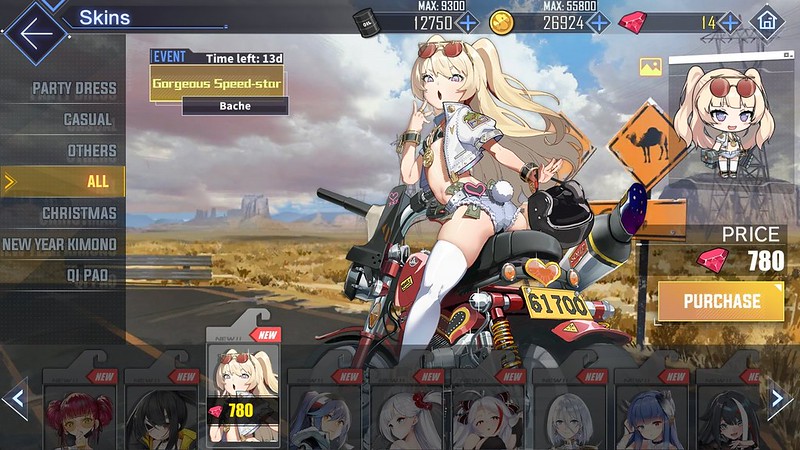 Now to their credit, Yongshi and Manjuu have been keen on listening to feedback, and usually if people bring to their attention the censorship issues the art is sometimes altered to accommodate the request of fans, or Shanghai Yostar will state that the censorship was a “bug”.

In this case, some fans have taken notice of the censorship but whether or not it will be altered remains to be seen.

(Thanks for the news tip Prince Villasor)