During Valve’s purge of Lilith’s Taimanin Asagi series from Steam, they also silently banned three other games from three separate developers on September 4th, 2019. However, all three games have something in common: they’re from publisher Hakoniwa Studio.

Over on the Chinese forum SteamCN, users discussed the recent ban of Taimanin Asagi, along with the other titles published by Hakoniwa Studio that were also caught up in the ban.

The three titles include The Cradle of Ruin, Iris In Fantasy, and Usamimi Adventure. Each of the three games were made by different developers, and two of them were already released and available on Steam.

The Cradle of Ruin, for instance, had been available on Steam since February, 2019. As evident in an archive of the store page you can see that CHARON’s title had been available for purchase for $2.99 and had even won a couple of awards.

The game was also an all-ages release, according to the SteamDB entry. However, the developers did make a Chinese-only R18+ patch available back in March of 2019.

You can check out some gameplay from the RPG Maker title courtesy of レトルト.

As of the writing of this article, the Steam Community hub is still alive. Valve has not removed it from public view… yet.

Iris In Fantasy wasn’t so lucky, though. Flamme Soft’s title had the store page removed and the community hub completely wiped out, as noted on the SteamDB entry and archives of the hub.

Iris In Fantasy, though, had not been released and was scheduled to launch this fall on Steam, according to an archive of the Steam store page, where it had a Q3 2019 release window penciled in.

If you check the official Hakoniwa Studio website, you’ll note that their games were only scheduled to release on Steam. According to the publisher page on Steam, Hakoniwa Studio doesn’t appear to be outright banned, but all of their published games are now removed from the Steam store.

Now that Valve has banned Hakoniwa Studio’s titles, it’s looking like the publisher may have to go back to the drawing board in terms of trying to get their games out to a broader audience.

Things aren’t quite as dire for the developers, though. Flamme Soft’s Iris In Fantasy, for instance, is currently available as an R18+ visual novel over on DLSite. So they’re still making bank on their outing.

The same applies to Usamimi Adventure (or Rabbit Ear Adventure), another game published by Hakoniwa Studio. While the game was banned from Steam on September 4th, 2019, it’s still available for purchase under the title Rabbit Ear Chronicle over on DLSite.

Now before you jump to the conclusion that Valve banned the game because the main character looks like a loli, keep in mind that Loser/s’ Usamimi Adventure had released and was available for purchase on Steam since March 26th, 2019, as noted in an archive of the store page.

The game was only available in Chinese, and it did have the Adults Only tag flagged, but it’s hard to tell if it was actually the R18+ version of the game or the all-ages version of the game. The mature content descriptor notes that the game contained…

The R18+ version definitely contains more than just partial nudity, which means that either this was the censored all-ages release or there were discrepancies in the descriptors.

The Steam community hub is still visible for Usamime Adventure, and there’s actually a discussion in the forums about why the game is banned and what happened. Only two users post, with one speculating that the bans might be due to child exploitation. But again, the developers haven’t addressed the bans, nor has the publisher, nor has Valve.

If it is due to Valve’s interpretation of “child exploitation”, why exactly would they wait six months to ban the game? Heck, why even approve it in the first place? 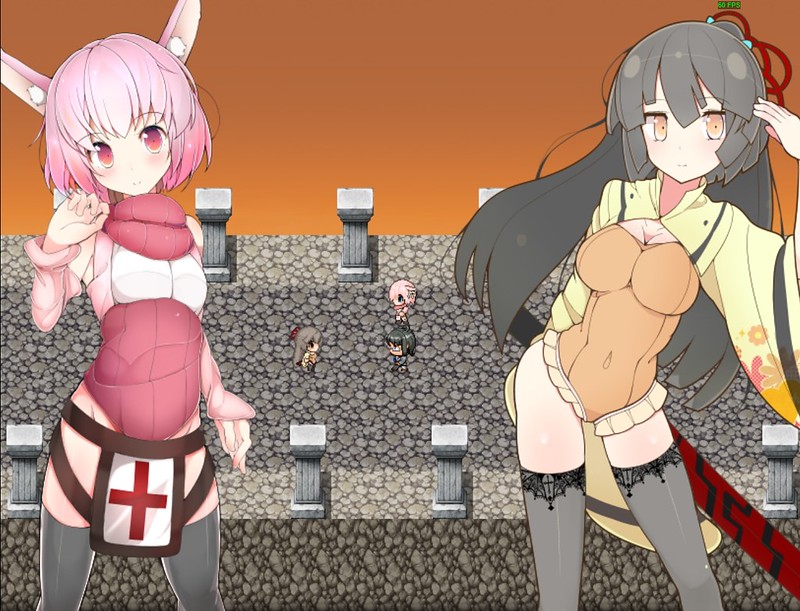 According to the SteamDB entry, the store page and the game were approved by Valve back in mid-March, and the Adults Only flag was checked back before it released on March 13th, 2019. So if the game violated Valve’s policies in some way, why was it allowed on the store for six months before doing anything about it?

Now is it possible that a copyright claim was filed against Hakoniwa Studio by the developers? It’s a possibility. We’ve seen publishers have various games pulled from the Steam store in the past due to copyright disputes from artists and other developers. However, usually there’s actually some mention about the disputes from the artists or developers themselves, and so far there hasn’t been any mention of that from those involved.

It’s also odd that Valve would remove three of Hakoniwa Studio’s games from the Steam store but not the publisher’s profile. Some people believe that Valve is discriminating against Asian developers, something that was hinted at by Chinese developer R’yleh Games, who also had all of their titles banned from Steam earlier this year.

We’ve tried contacting Valve about these kind of bans in the past, including the bans of the games, the bans of the developers, and the bans of certain publishers, but they’ve never responded to any of our inquiries.

While it looked like Valve was loosening its grip on anime and visual novel-style games from smaller studios, it appears that they’ve gone back to banning these games for unclear reasons, thus growing the Waifu Holocaust 2.0 banned game list by several more entries.