[Update 9/9/2019:] Following the publication of this article, the entry for “GamerGate” on Urban Dictionary has been updated again, as detailed in an archive from September 9th, 2019. The reference to ants has been removed and two entries for #GamerGate the consumer revolt have been added instead. Zoe Quinn’s entry, however, is still absent from the Urban Dictionary.

[Original article:] Urban Dictionary, the crowdsourced pop-culture dictionary, has removed and censored any mentions of the #GamerGate consumer revolt or Zoe Quinn. This was originally brought to the attention of the Kotaku In Action sub-reddit, but was quickly deleted. However, a repost on Kotaku In Action 2 ensured that people were made aware of the censorship.

If you check the current listing for Urban Dictionary’s “GamerGate”, there’s no longer any mention of #GamerGate, the consumer revolt against corruption. There’s an archive of the entry as of September 8th, 2019, and as you can see, there’s only one entry and it relates to ants.

Now some people will disingenuously state that Urban Dictionary never had any entries for #GamerGate and that it’s all a conspiracy theory. Those people would be unequivocally wrong.

The same thing applies to if you search up Zoe Quinn. Originally you were met with a single entry about Quinn, as captured in an archive from April 11th, 2016. 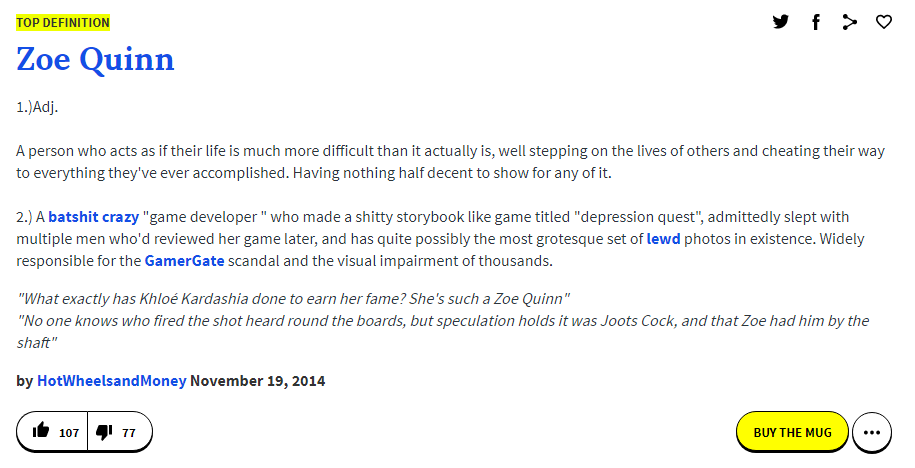 If you check the current entry for Zoe Quinn, there’s no longer an entry there at all. An archive of the site from September 8th, 2019 shows that Quinn’s entry has been completely removed. 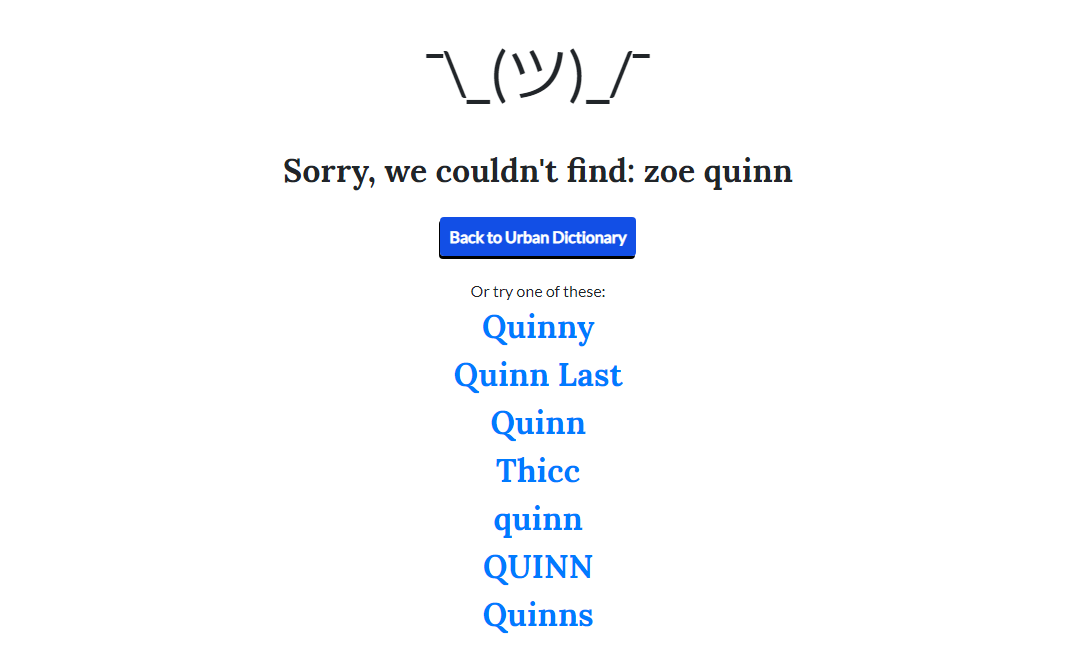 Some people might say “It doesn’t matter!” or “Who cares?!” or “Quinn isn’t significant anyway!” or “So what, Urban Dictionary isn’t a good place to learn about #GamerGate!” while completely missing the point that history is being rewritten in real-time and archived points of interest are being scrubbed from the internet.

This sort of censorship is how history gets distorted by those who claim to be the victors. This is also how indoctrination works, by removing information that could lead people to challenge the status quota. If everyone believes that Quinn was a good person because the internet said so, then that’s what majority of people will believe.

In this case, we’re clearly seeing #GamerGate and Zoe Quinn undergoing some revisionist history, likely in response to the suicide of indie developer Alec Holowka, who took his own life after losing everything following unsubstantiated allegations from Zoe Quinn. This attempt to deify Quinn in sanctity should set off red flags to anyone remotely paying attention to what’s happening both in the gaming industry and in the media sphere at large.