Microids and Eden Games announced that Nintendo Switch owners will be able to get their hands on a brand new racing experience come November 14th, 2019 this fall in the form of Gear.Club Unlimited 2 Porsche Edition.

The newly announced title will feature a bevy of new new cars to race based on the newly acquired Porsche license.

The best part about it is that it not only features the all new Porsche content but it also comes packed with all of the previously released DLC for Gear.Club Unlimited 2. This includes the Arrows Pack, the Checker Pack, the Hazard Pack, the Wings Pack, and the Free Pack.

This totals 14 new car variations and four new sticker customizations from the previously released DLC that will be included in the Porsche Edition of the game. 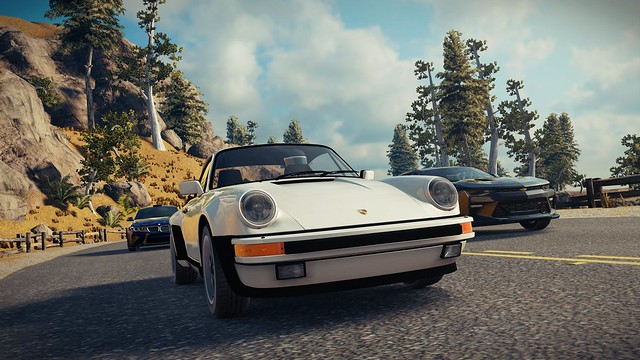 The addition of the Porsche line-up of supercars transcends just the ability to race them across the 250 different races featured in the game, you’ll also be able to customize each of the cars with custom liveries, bodywork mods and under the hood alterations.

A brand new Porsche-themed campaign mode is also being implemented into the seasonal flow, along with the option to play with all of the Porsche cars in each of the game modes.

Another really cool part about this upcoming outing is that all of the features from the original Gear.Club Unlimited 2 are carrying over into the Porsche Edition, including the ability to play with up to four players via split-screen mode in local multiplayer, and the ability to play with up to eight players via the local area network connection or online with the premium version of the Nintendo Network.

They didn’t include a price in the line-up but I’m sure that’s coming soon. As mentioned at the top of the article, you can look for Gear.Club Unlimited 2 to launch on the Nintendo Switch starting November 14th, 2019 this fall.