The Coalition and Microsoft’s Gears 5 is now out and available for the Xbox One and on the Windows Store and Steam for PC. Walkthroughs are already popping up for the game, so for those of you interested in the game (what scant few of you remain who are actually still fans), you can check out the gameplay walkthrough for the feminist-themed third-person shooter.

YouTuber TheRadBrad has a walkthrough of the game, which you can check out below.

You can start the story mode by selecting the campaign mode.

It’s also amazing that back in Gears of War 4 Kait had big boobs and a pretty face, and now she looks like a typical feminist.

Another cinematic plays and then finally it puts you into the game.

You actually get to play as J.D. Fenix for the first mission.

Press ‘A’ on the Xbox controller to sprint or wall-hug the environment.

Press ‘Y’ to scan the environment so you can know where to go for mission objectives.

Use the chainsaw by pressing the right bumper.

After the initial collapsed area there’s a poster on the wall you can investigate. 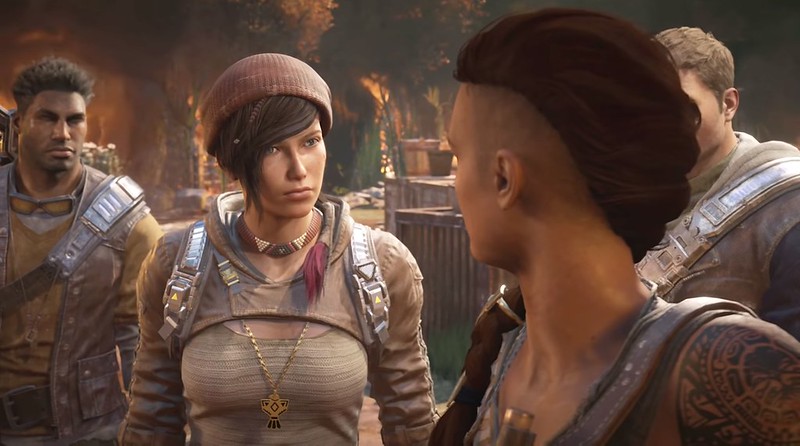 You can perform basic melee attacks by pressing ‘B’.

Follow the destroyed bridge to the other side and take out the Swarm stragglers.

Open up the gate the gate with Kait and and take out the Locust nest.

Once the nest is taken out J.D., and his super friends will need to head into the silos. In the sewer you’ll need to take out the juvie Swarm.

When you get out of the sewer you can learn how to assign sniper targets using the left trigger.

You can also take weapons and items in the distance using Dave to retrieve them for you. For instance, you can retrieve the Boom Shot using Dave even though it’s at a distance. 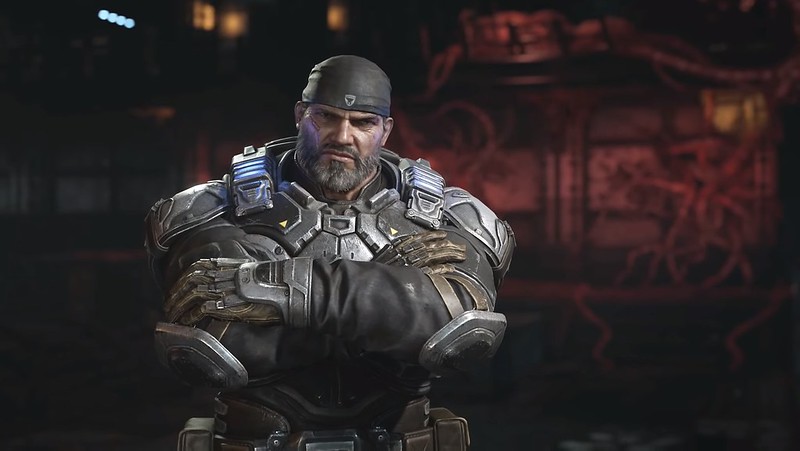 Take out the Swarm Carrier and then move toward the control room. The door is locked but you can have Dave hack a terminal through a hole in the wall.

Proceed under the debris blocking the door. Take out the Scion and then have Dave move through the open hatch leading into the vent to open the door. There are also collectibles in both of the rooms.

Inside the silo you’ll need to make your way around to the left.

Take out the Swarm and then have Dave extend the bridge gaps.

In between missions you can upgrade the abilities for Jack.

There are assault, support and passive upgrades available for Jack.

As you acquire components throughout the game, you can use the workbenches to upgrade Jack.

The flash upgrade allows you to use what’s essentially a flash grenade to stunt enemies. It forces enemies out of cover.

You can use the flash stun by holding down the left trigger and ‘Y’.

After a short cinematic with Fahz, you gain access to a component to upgrade Jack.

There’s a second component in the locker area where you can also upgrade Jack a second time. 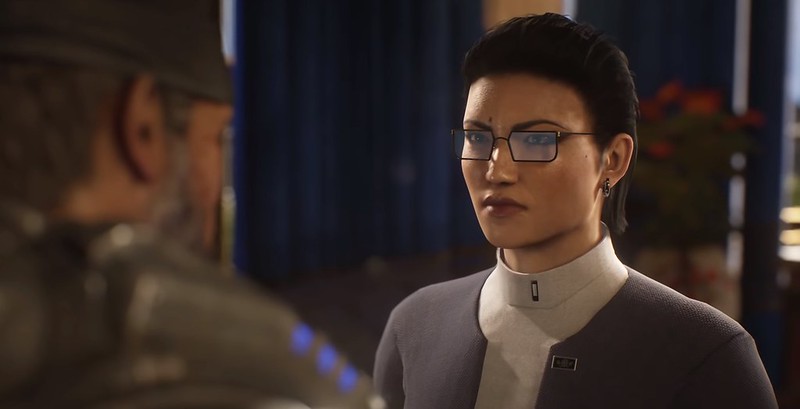 During the cinematic where Delta Squad attempts to go rescue Carmine and his team, the Raven is shot down and Cole Train and J.D., are pinned under the burning transport while Swarm hop down.

You’ll need to have Jack stun some of the Swarm while you shoot the Swarm and keep them away from Cole.

After that segment, proceed through the building as the Swarmak takes out some of the Gears.

Head upstairs and outside across the rooftop into the next building. Kick open the door and go downstairs – there’s a component cabinet with some upgrades available for Jack.

Go outside and use the Longshot to take out some of the Swarm.

There are snipers up on the second floor of the building; you’ll get to choose what you have for your reinforcements.

Some Pouncers will hop in and take out your backup. You can grab a mini-gun near the end of the street and carry it with you through the park.

After a short cinematic make your way through the wreckage – there’s a collectible set of dog tags inside.

Keep moving and take out the juvies before engaging the Swarm in the plaza.

Be sure to make use of the Lancer G1 grenade launchers that drop.

Clear out the Swarm and use the turret gun to whittle down their forces.

In the next act, after the flying Swarm take out some of the Gears, J.D., and his super friends will make an escape toward a crash site.

You’ll need to get the stim armor upgrade for Jack in order to pass through the fire.

If you use the stim ability at the building just before you move through the courtyard, you’ll find another upgrade for Jack.

Proceed through the hotel where there are infected DBs, altered due to the Swarm known as the Flock.

If you can sneak behind the infected DBs, then you can use ‘B’ to silently take them down. Otherwise, if you have to face them head on, they have glowing power nodes on their back that you can shoot to kill them quicker than usual.

There’s a collectible on one of the tables and then clear out the DBs, head downstairs and through the double doors.

There’s another collectible on the table just before you enter into the ballroom.

Take note that the shotgun is good for the infected DBs, otherwise you’ll burn through a lot of ammo trying to take them down with the Lancer or the Hammerburst.

Outside you’ll work with the Deebees to clear out the street of Locusts.

Some Flock will invade the streets near the end of the fight. Take down the Flock as quickly as possible before they turn the Deebees into the infected.

Proceed through the theater – there’s a collectible over near the chests by the stage controls.

Take out the infected sub-boss on the stage and make your way through the corridors upstairs. There’s an upgrade for Jack in one of the maintenance rooms before you head upstairs.

There’s another boss fight against the Swarmak.

Focus fire on the glowing blisters on the lower body and side torso until Cole drives a motorcycle into its mouth with an explosive. Aim at the motorcycle and shoot it to blow the Swarmak to pieces.

Walk through the town and there’s a collectible right near the start.

Chase the kid down the street and across the street from his house there’s an open building with an upgrade component for Jack along with a collectible.

Just past the two engineer chicks arguing about Lena, there’s another upgrade component inside the small shed just down the steps.

Swarm will attack after a short cinematic – you’ll only have access to a revolver at first, but you can get your hands on a Torque Bow once you get rid of the first group f of enemies.

Later on you’ll access a new ability for Jack called the Shock Trap.

The Shock Trap will damage enemies but it won’t hurt you.

Proceed through the village center and take out the Swarm. You can also use Jack to activate the machines scattered throughout the streets that will expel deadly steam that can incapacitate the Swarm.

Take out the Swarm until you reach a barricaded door. A cinematic will play and Kait will take control of the Swarm.

You’ll need to play as the Swarm, killing other Swarm. Keep killing the Swarm until the Warden takes over and kills Oscar.

At the start of the next level you’ll find several component upgrades within the warehouse. To turn the lights on there’s a console on the left side of the storage where you flip the switch to open the door and use the Skiff.

Snowboard down to the gate and then get off.

You can store the Tri-Shot on the Skiff.

You’ll need to move to Marcus’ coordinates to find New Hope. However, you have to venture through the Train Tunnel to get there. 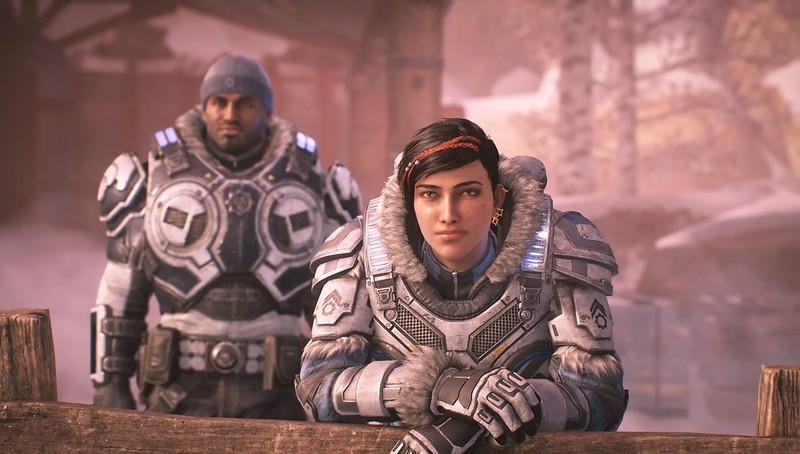 Head up to the small entrance through the giant COG door.

Navigate through the ice chunks until you reach the the sub-boss.

Also, you probably don’t want to take the Boom Shot because if you try to fire it while outside, the wind will push the explosive off course.

Take out the infected Deebee and then proceed through the facility; you might also want to take the Boom Shot. There’s a sub-boss fight against the Warden. He also drops

More infected Deebees will litter the hallways. You can take the Warden’s mace to fight with it, but take note that the mace will take up a weapon slot and has a limited number of uses.

Take out the Flock and then head down into the test labs. Go into the room of Niles’ favorite test subject and break through the observation glass and head up into the next test subject area.

You’ll need to travel to the next location after escaping the lab.

The nav marker will lead you through an icy mountain pass where you’ll have to face off against some difficult enemies. Be sure to avoid picking up the Gnasher, because long-range and explosive weapons will be more useful.

Make your way up into the facility, use the computer to pinpoint the location for your next quest marker, and then exit the facility.

The mission is fairly straightforward, but the thin, icy cavern could prove to be difficult for some people if they go in without the right equipment.

Make your way to the next tower in order to finally locate the signal, which is located in the middle of the ice, by taking down the Swarm and the corrupted Guardians over the ice patches.

The neat part here is that you can shoot the ground out from beneath the enemies and force them to fall into the water, basically wiping them out without a fight. You can use this to your advantage as you trek up the pathway toward the tower, across the broken log.