Arc System Works rolled out a new trailer for the upcoming fighting game, Granblue Fantasy: Versus, which is due to release in Japan on February 6th, 2020 for the PS4. The trailer highlights the shapely female fighter, Metera.

While the video is only 50 seconds long, it’s chock full of action and manages to capture Metera’s sensual nature to boot.

Her fighting consists of lots of nonchalant neutral strikes while she hovers on her spiked heels, combining hip attacks with mid-ranged strikes from her long legs. She can also combine these moves with her celestial bow, creating distance between her and her opponent or zoning them out with chipaway damage.

I’m kind of shocked that Sony allowed them to even make a character as alluring as Metera, what with their censorship policies in place to basically deprive straight men of anything worth looking at.

Then again, Metera’s design is fairly covered despite her showing off some skin. For instance while she’s wearing shorts, majority of her legs are covered up by the thigh-highs. Also it looks like her shorts were lowered slightly compared to her other iterations.

You can very obviously tell that they went with the costume that wasn’t the leotard swimsuit, as she appears in some of her other iterations.

You can also see that even in the artwork they included in her intro video her leotard comes down a lot lower around the hip and pelvis region.

The in-game model has the shorts raised a little higher at the top hem and drawn down a little lower at the thigh region, especially by removing the arched slit on the side. 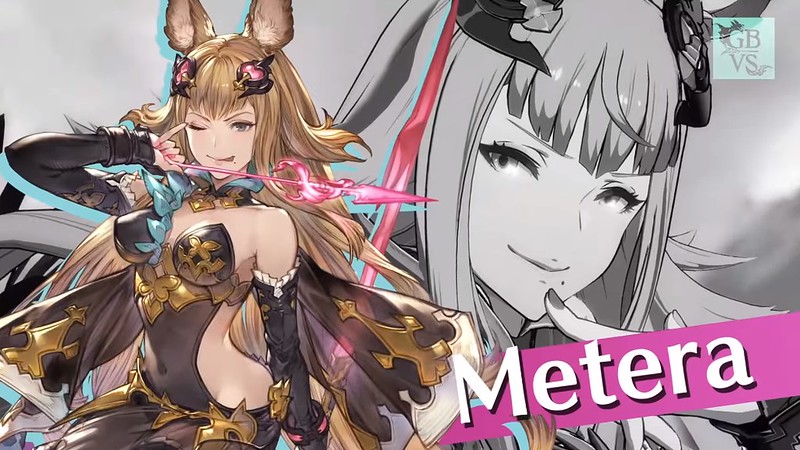 Is it possible they might add her leotard as an alternate costume? Again, due to Sony’s censorship policies it’s highly unlikely.

Anyway, you can look to get your hands on Matera and other characters in Granblue Fantasy: Versus when the game arrives in February of 2020 on the PS4.