KFC and Psyop released a new trailer for the upcoming visual novel dating simulator, I Love You, Colonel Sanders! A Finger Lickin’ Good Dating Simulator. It originally seemed like some sort of joke, but if you check the Steam Database entry you’ll see that not only is the application real but it’s set to launch at the end of the month on September 24th, 2019.

The visual novel sees players attempting to become the business partner of a fujoshi-approved Colonel Sanders, who looks like he stepped right out of yaoi poster in a land whale’s pink-colored bedroom.

But you just don’t become the Colonel’s business partner, you also attempt to woo the gallant maestro of gastronomy.

Along the way you’ll also encounter some of the Colonel’s rivals, one of whom looks like a low-tier villain from JoJo’s Bizarre Adventure, while the other looks like pure waifu bait from a lewd Winged Cloud visual novel. 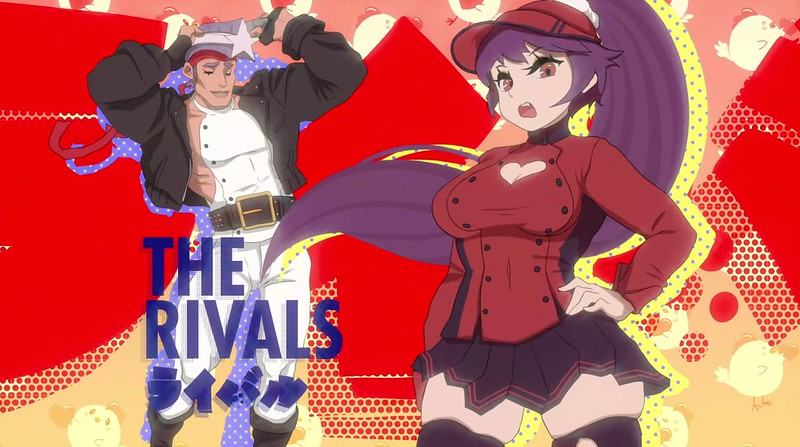 That chick has more curves than Laguna Seca.

Thick in all the right ways.

The full game will see players venturing through culinary art school, attempting to make it in the cut throat business of maintaining a food chain, and interacting with nine different characters throughout the journey.

To help keep the action tight and entertaining, there are food battles you’ll encounter and apparently multiple endings to unlock.

I still think this is some kind of troll job, but the art and the intro for this off-kilter visual novel seems too good to be true, or rather, too good just to be a waste of time. Besides, you also need 2GB of free space to play the visual novel, so it can’t be blank pages and empty screens. What’s more is that the developer, Psyop, has released a couple of other visual novels in the past, so they’re a legitimate development outfit.

I imagine there’s a lot of good will to be earned by KFC if they legitimately release a game on Steam. We’ll see if they follow through with the actual launch on September 24th, where it will be available for free. You can wishlist I Love You, Colonel Sanders! A Finger Lickin’ Good Dating Simulator right now by visiting the Steam store page.

(Thanks for the news tip SUAZFU)