IGN’s John Phipps recently wrote an article titled “Call of Duty: Modern Warfare and the Cruel Realities of White Phosphorous” to a much deserved resounding chorus of jeers. The gaming community – journalists notwithstanding – criticized Phipps for what basically came across as subtext demanding censorship.

One of the biggest critics of Phipps was YouTuber TheQuartering, who outlined to his viewers what the problem was with Phipps approach to trying to steer Activision and Infinity Ward away from including the white phosphorous in the multiplayer portion of the game.

Phipps criticism of the white phosphorous in multiplayer came after Infinity Ward attempted to assuage any potential calls for censorship by offering IGN’s Alysia Judge a noncommittal and middling response about “both sides” being bad in war back in early August.

However, when TheQuartering criticized Phipps, it mobilized the game journalists like a nest of roaches being poked by a flaming broom, and they came out of the woodwork to fulminate the YouTuber.

I truly believe that people whose online presence is solely dedicated to froth up outrage and heap harassment on people will, karmically, get theirs in the end.

This created all sorts of vitriol and a fight between the few remaining fanboys that IGN have left, and the army of people who support normal, real gamers like Jeremy Hambly from TheQuartering.

After receiving all sorts of criticisms from said real gamers, O’Brien retreated from her attack, but not before lashing out with a clawed scratch like a cat getting in one last swipe before being dragged away by pest control.

I’m going to disengage from trying to appeal to these people’s sense of logic, because they’ve been fed a horrific cartoon version of myself and it’s a lost cause.

YouTuber ACE1981 did an 11 minute video covering more of Phipps’ exploits, his fibs, his fickleness, and his fecklessness.

As you can see in the video, there are a number of instances where Phipps is called out on some rather egregious fibbing. 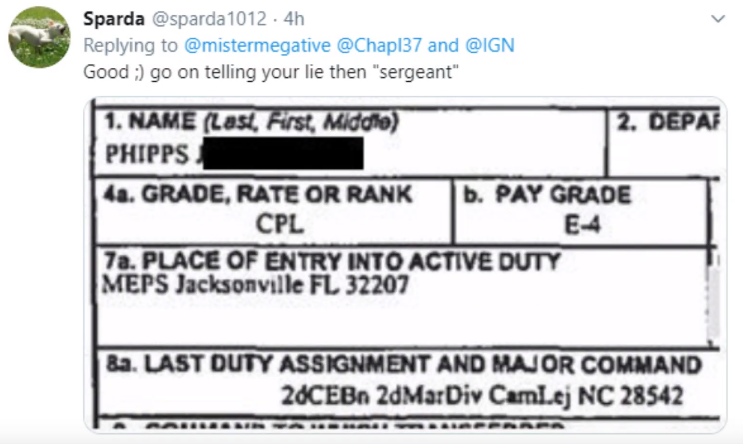 What’s worse is that this kind of sociopolitical jockeying that IGN is engaging in is exactly the sort of thing that drums up unnecessary controversy, which creates chatter that eventually leads to change (oftentimes for the worse).

For now Activision has offered empty platitudes to sate IGN’s attempt at leveraging their platform to subtly call for censorship in Call of Duty: Modern Warfare. While Infinity Ward and Activision may have bypassed the bullet this time, how many more salvos will it take before they fold? It didn’t take much effort to get Sledgehammer to censor an implied rape scene in the story mode of Call of Duty: WW2, along with removing Nazi paraphernalia in the game’s multiplayer. It makes me curious how much cajoling, coercion, or convocation from journalists will it take for Infinity Ward and Activision to ditch the white phosphorous in the next Call of Duty outing?