Mattel apparently didn’t learn their lesson from before when they saw profit increases from their Barbie line when they avoided dabbling in sociopolitics. They decided instead to take a crack at conducting the woke train, pumping coals into the furnace to chug along the tracks toward Broke Canyon.

Time recently did an in-depth article about Mattel’s new “gender-neutral” doll that’s part of their Creatable World line of toys. As the compound adjective denotes, the doll is designed for both boys and girls, since it’s designed to be 100% androgynous. They’re using the hashtag #AllWelcome to pimp the toy to kids, and mostly woke millennials.

“Mattel will launch Creatable World exclusively online first, in part to better control the message. That includes giving sneak previews to select influencers and leaders in the LGBTQ+ community. Selling the doll in retail stores will be more complicated. For one thing, there’s the question of where to place it in stores to attract the attention of shoppers who might not venture into a doll section. Store clerks will have to be trained in what pronouns to use when talking about the doll and how to handle anxious parents’ questions about it. And then there are practical concerns. [Mattel President Richard] Dickson admits the company is ready for the possibility that protests against Creatable World dolls could hurt other Mattel brands, namely Barbie.”

You don’t really get what the doll is about via the 30 second advertisement. It keeps it short and simple while avoiding all of the caustic sociopolitical baggage surrounding its intended purpose.

The Time article, however, betrays the benign depiction of the doll in the advertisement by steeping the article in Left-wing talking points.

They even picked up quotes from Mattel’s President Richard Dickson, who at first said that the dolls weren’t meant to represent a sociopolitical statement, but then later conferred to the outlet that while they’re “not in the business of politics” they still have an obligation to balancing “social justice” and “commerce”, saying…

“We’re not in the business of politics and we respect the decision any parent makes around how they raise their kids. Our job is to stimulate imaginations. Our toys are ultimately canvases for cultural conversation, but it’s your conversation, not ours; your opinion, not ours.”

“[…] I think being a company today, you have to have a combination of social justice along with commerce, and that balance can be tricky. Not everyone will appreciate you or agree with you.”

Except you don’t have to have a combination of social justice and commerce. The only people mandating that are the elitists who make up the globalized Establishment.

Time pushes heavily on the concept that the dolls are about normalizing trans and “non-binary” children; a frightening prospect for any sane parent.

What’s scary about this is how the political messaging of the dolls is something Mattel is trying to keep under wraps. They’re not as out about their agenda as the media is, making their intentions look more innocent than what they really are.

Of course, just one look at the box for the Creatable World dolls and you instantly get what they’re going. 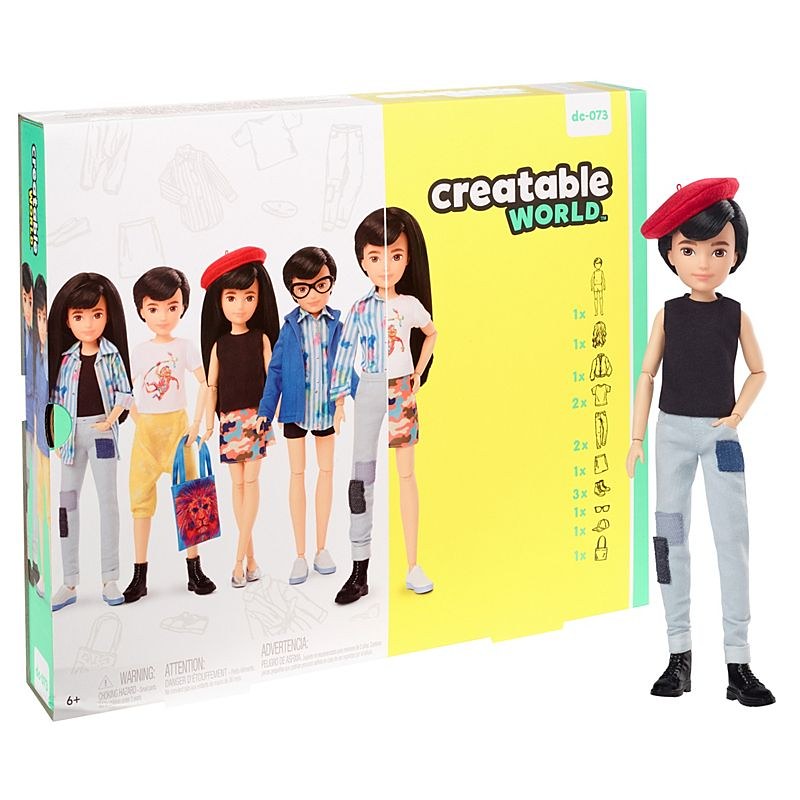 The typical Centrists™ will brush off the messaging – even though the president and media have already admitted that this is a foray into promoting social justice – and claim that they’re “just dolls!” and that anyone who criticizes Mattel’s intent or the Creatable World brand are “just as bad as SJWs!”.

It’s a common tactic employed by Leftists posing as moderates in order to ween indecisive people over to their side. They use these underhanded methods to mask the agitprop that’s designed to ease kids into the whole trans/non-binary movement.

The question is: will parents fall for the trap? I suppose we’ll find out in a couple of quarters when Mattel reports on the sales of their Creatable World brand.