Sega released a new trailer for the upcoming New Sakura Wars on the PlayStation 4, which is due to drop in Japan on December 12th later this year. The trailer reveals a few more characters you’ll encounter along the way, as well as some of the combat sequences involving the mech. The trailer arrived along with the news over on the official website that a companion comic has released, delving into the backstory of the characters.

The trailer isn’t very long, clocking in at just a minute and a half. It features the squad of mechs doing battle against other mechanical foes, as well as some of the talking segments involving the characters interacting with one another.

You can check out the trailer below courtesy of Playscope Trailers.

The combat takes place in real-time, with players going around in a third-person style view, performing hack-and-slash combos on enemies as well as executing special maneuvers.

The combat segments are typical hack-and-slash segments, not unlike NieR: Automata. It’s a departure from the turn-based combat present in the previous games, which were setup like the old Front Missions games or Super Robot Taisen.

You’ll still have a squad in the new game, but instead of taking turns and plotting out their movements like a traditional turn-based title, you’ll now be able to play through the combat sequences in real-time and dynamically switch between the different characters to carry out different tasks. 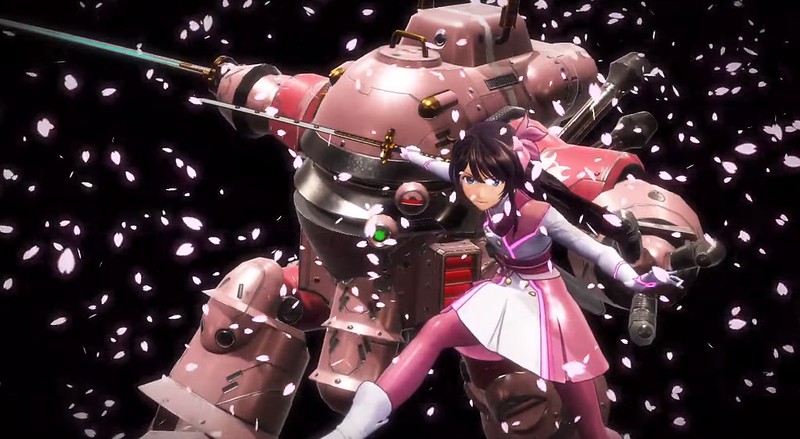 Outside of combat you’ll be able to explore the steampunk-inspired take on Tokyo, set in the period of the early 20th century. There’s a role-playing dialogue system, various characters and quests you can take on, and story missions you’ll be tasked with while roaming around the Imperial City.

Visually the game looks very vibrant and inviting. It’s been a long time since the last outing so I’m sure fans of the series will be pleased to get their hands on the latest iteration of the game.

You’ll be able to do so starting December 12th, 2019 later this year for the PS4… in Japan. For more information you can visit the official Sakura Taisen website.