Valve and the surviving team members of Infinite Fall have gone on the defensive to protect the brand visage of Night In The Woods on Steam by hiding the effects of negative reviews that have cropped up, and censoring any mention of Zoe Quinn on the Steam forums following the news about one of the co-developers committing suicide after he was accused of sexual abuse.

There were a mixture of negative reviews being posted after Quinn made the initial claim that Alec Holowka, one of the co-developers of Night In The Woods, had allegedly abused her many years ago. Some people downvoted the game saying they couldn’t support a developer engaged in abuse. Others, however, began changing their reviews to negative ones after Holowka committed suicide; this second group did so because they felt that Infinite Fall threw their friend under the bus to support Quinn and that Quinn’s accusations had no evidence or proof, even though they led to Holowka’s demise.

Some of the more recent negative reviews blame Quinn for Holowka’s death, and by proxy they blame Infinite Fall for not standing by Holowka, and instead painted him as guilty until proven innocent.

But it didn’t stop there. The negative reviews are nowhere near as prevalent as the negative comments on the Steam forums.

Better off Bob, an Australian moderator, member of “Girl Gamers”, and fan of Rick & Morty, has reportedly been nuking and locking threads.

It looks like the aftermath of a war zone over on the Steam forums. 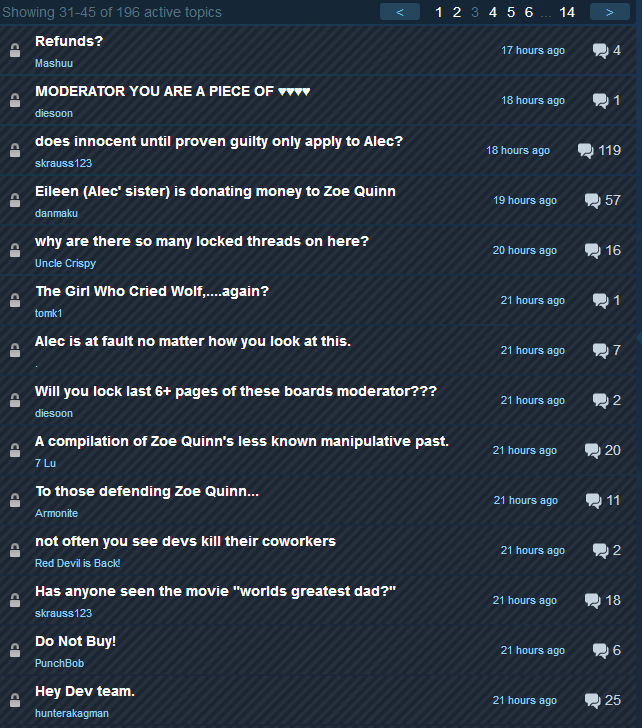 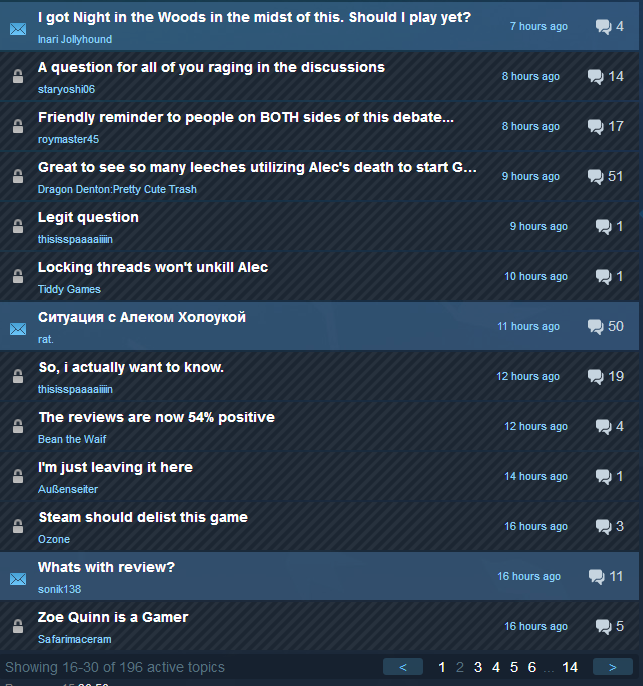 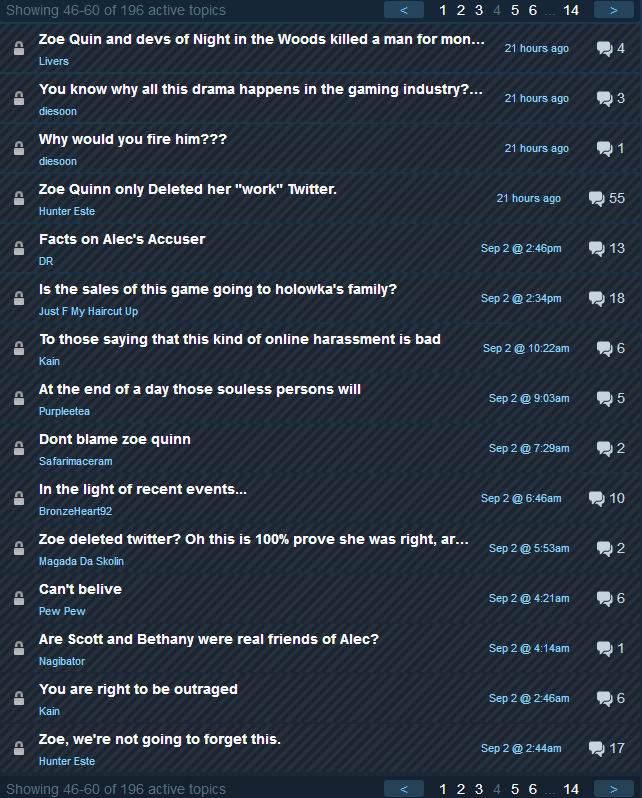 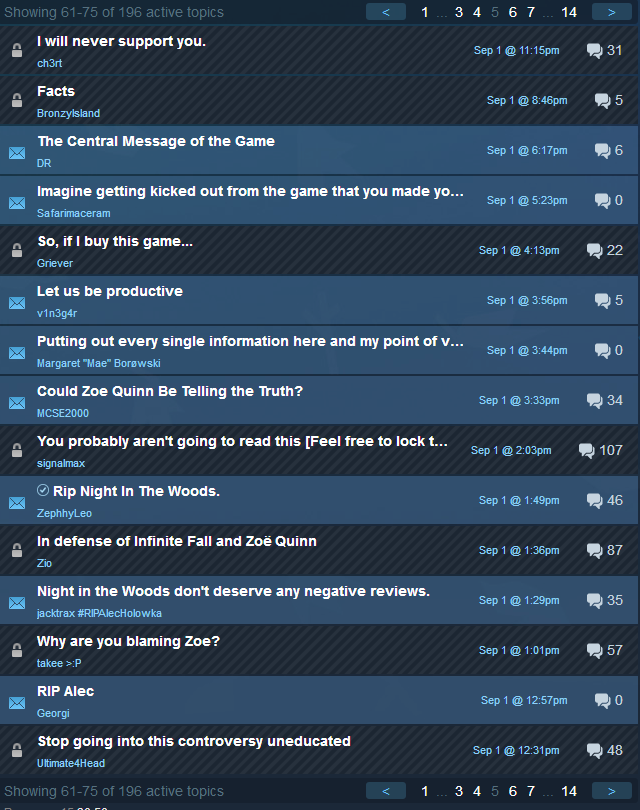 Gamers are obviously angry at the fact that there’s definitely culpability from Quinn and crew for driving events to this extent, but much like in the early days of the Quinnspiracy, there’s a heavy amount of censorship at play.

We’ve seen this same kind of dog and pony show whenever Quinn is involved with creating controversy. A similar thing happened with WizardChan, a board for depressed virgins, which Quinn accused of abuse that led to the board being shut down, as reported by A Voice For Men.

There was also the Polaris Game Jam, which Quinn admitted to sabotaging in leaked messages from the Crash Override Network, costing a producer his job and plenty of drama within the indie game scene.

There was also the Chuck Tingle Kickstarter that Quinn headed up, which garnered $85,000. However, the game that was supposed to be made never got made and Quinn used the money to take a vacation to Japan. Later Quinn informed backers that the $85,000 ran out a “long time ago”, and there was no game in sight.

And that’s not to mention Quinn’s involvement with trying to get The Fine Young Capitalists’ GameJam shut down.

It’s been a rip-roaring half-decade of detrimental decadence played out at the hands of gaming’s own devil incarnate.

Nevertheless, the incestuous industry that continues to play favorites and cover up the corruption of the few have come to Quinn’s aid time and time again. In this case, even with a developer’s life having been the cost of a virtue signal brigade, certain people within the industry are still rushing to censor negative criticisms and shut down discussions that don’t align with their projected world view.

(Thanks for the news tip lucben999)