Brand new gameplay video has surfaced for Onechanbara Origin for the PlayStation 4. I’m still trying to wrap my head around this outing given that Sony’s strict censorship policies would mean a game like this would have to be neutered in some way, but there’s still a lot of fan-service on display.

The new gameplay footage is part of a multi-part series of videos that were captured by 4Gamer.net during this year’s Tokyo Game Show, which obviously took place in Japan. The footage was uploaded to Giuseppe Nelva’s YouTube channel, giving gamers short segments of gameplay from the upcoming hack-and-slash title.

You can check out the videos below in the multi-video playlist.

D3 Publisher’s hack-and-slash title retains all the blood and gore that the Onechanbara series has been known for. After a short cinematic, we instantly get into the sword-swinging action.

The animations are fluid and dynamic, and the combat mechanics will be familiar to anyone who regularly plays thousand-army titles or Devil May Cry games.

As you hack and slash through the zombies, arms, legs, and heads go flying all over the place. The art-style is definitely different from the previous games, but the developers certainly put a lot of time into making sure that the boobs are represented in proper HD fashion. 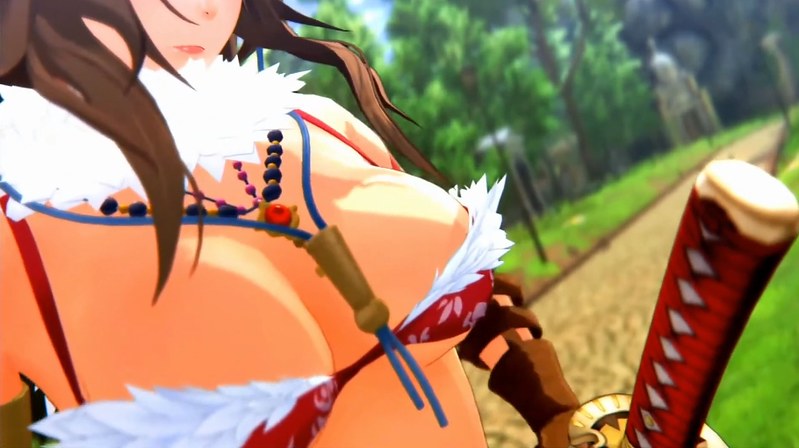 In the second video we see Saki taking the fight to the zombies. Her katana attacks look really good in the video, and we also get to see how the stun system works, how you can perform grab moves on zombies who are stunned, and how to counter-attack incoming blows.

Even though Onechanbara has been a series known for its fan-service and overt sexuality, the actual combat looks like it’s put together in a streamlined way to allow gamers to create smooth combo transitions and execute special attacks on the fly.

Onechanbara Origin is due out in Japan, but gamers who want to import it can do so via outlets such as Play-Asia.com.